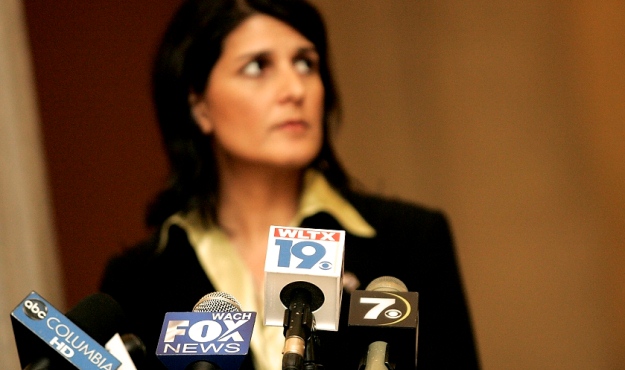 S.C. Gov. Nikki Haley has another cabinet scandal on her hands … this one involving the woman hired to replace arguably the most incompetent appointment of her entire administration.

Last May Haley hired New York attorney Cheryl Stanton to lead the S.C. Department of Employment and Workforce (SCDEW) after the agency devolved into chaos under the “leadership” of former general Abraham Turner.

By most accounts, Stanton has steadied the ship … however a new lawsuit filed by one of the agency’s former executives threatens to undo all of that, accusing Stanton of participating in a months-long soap opera involving various members of her upper management – one of whom she allegedly framed in an effort to run out of the agency.

That employee – former SCDEW interim chief of staff Kerry Paul – has filed an explosive lawsuit meticulously documenting what she alleges is a conspiracy to frame her with regard to a recent “data breach,” the final chapter in a saga of agency intrigue that reaches all the way to the governor’s office.

Perhaps most disturbingly for Stanton, she stands accused in the lawsuit of “intentionally misleading” S.C. State Law Enforcement Division (SLED) investigators regarding the breach – and regarding Paul’s alleged involvement in it.

Haley? Her office is all over the lawsuit … repeatedly diving into the bureaucratic soap opera on one side or the other.

Seriously … anybody who reads this filing is going to think they’re reading a Young and the Restless screenplay.

Governors are permitted to hire their own cabinet heads, but they are supposed to present three names to be vetted by a legislative panel.

“The governor had already made the decision to hire (Stanton),” the suit claims, “but (she) had to make it seem like she was following the rules.”

Paul was one of two “nominees” for the post, even though she was expressly told “she would not be hired and that she was expected to remain as an employee at DEW after the hiring of … Stanton was completed.”

Frankly, this whole thing is ridiculous.

Governors in South Carolina wield little true executive power, but they are allowed to appoint cabinet members who – for the most part – are allowed to hire and fire underlings as they see fit.  That’s exactly as it should be … in fact we wish that sort of direct line of accountability was present in the other 80 percent of the executive branch (which governors do not control).

But rather than directly exercising accountability, this lawsuit paints a picture of an administration scheming relentlessly – and convolutedly – for months on end in an effort to finally get is proper personnel in place.

And allegedly breaking the law in the process …

We don’t know whether the more serious allegations contained in this suit are true or not, but this is shaping up to be one helluva dramatic (and costly) bureaucratic courtroom battle.