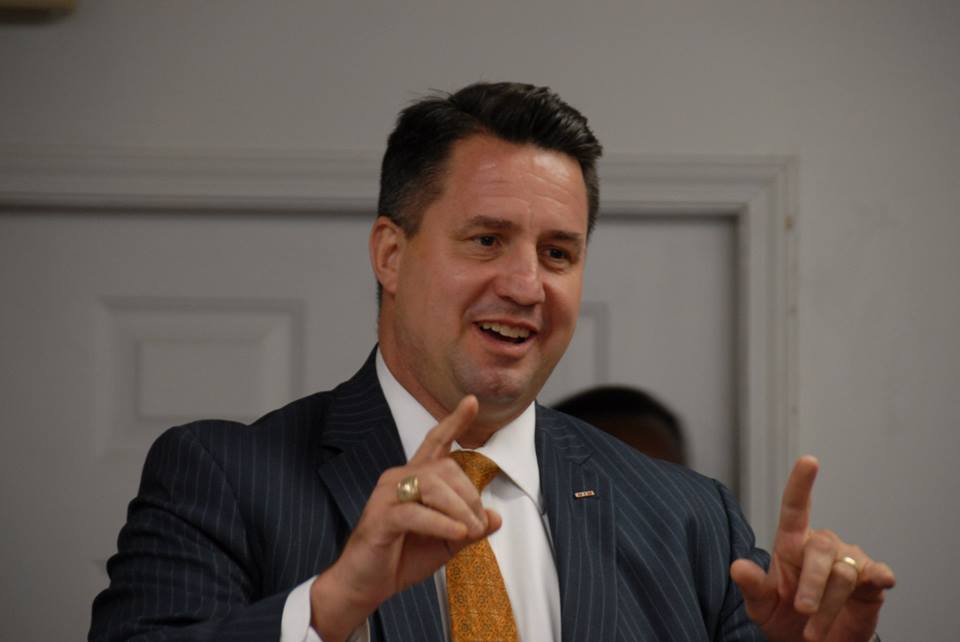 Orangeburg, S.C. attorney and Afghan War veteran Bill Connor can’t talk enough about his military service and his faith in the Almighty … in fact his 2014 campaign for the U.S. Senate is already shaping up very much like his unsuccessful bids for S.C. lieutenant governor (2010) and S.C. Republican Party chairman (2011) on those two fronts.

In other words, Connor is crisscrossing the state speaking to sparsely populated gatherings of intellectually incurious geriatrics (a.k.a. SCGOP and “Tea Party” meetings) promoting himself as a war hero who loves Jesus and his family with all his heart.

Anyway, for reasons surpassing understanding an article ran in The Daily Caller this week in which this shyster lays it on especially thick …

“This is as much about – perhaps more – a calling than a campaign,” Connor said of his Senate bid. “My wife Susan and I spent untold hours in prayer about whether or not we were to do this. In the end, it wasn’t about me or us, or the office. The struggles and sacrifices with any campaign in the modern era – particularly one in which so much is at stake – is almost not worth any personal reward on the backend. Victory lies in the faith required to take the next step to further the causes of what we believe is right.”

And of course Connor is blasting this article out (unsolicited, we might add) to every email address he can find.

“Please help push this article out, particularly to the veteran community,” he writes.

What a joke this guy is …

We especially love it when Connor ropes his poor wife into his political grandstanding, seeing as his infidelity as a husband is probably the worst kept secret in South Carolina politics (you know, since the previous “worst kept secret” got out there a few years ago).

But hey … everything must be good now because they are now spending “untold hours” together in prayer, and jointly girding against the “struggles and sacrifices” of seeking higher office.

Make no mistake, this website desperately wants to see incumbent U.S. Sen. Lindsey Graham – a fake war hero – defeated.  In fact while mainstream media outlets in South Carolina (and beyond) habitually praise Graham for “reaching across the aisle” and “getting things done,” this website has consistently called him out for failing to protect our tax dollars and our freedoms.

Graham is a disease … but hypocrites like Bill Connor are most assuredly not the cure.

The last time he ran for statewide office we implored Connor to drop the sanctimonious moralizing and offer up specific pro-free market, pro-freedom proposals.  He failed to do so, and as a result was trounced … which of course led to this black eye for the state.

At the time we wondered why Connor failed to heed our advice … but now we get it: He just can’t help himself.  Which explains why he’s so willing to take down himself – and his family – in the name of advancing his lust for significance.

Please … would someone tell us where that fits in with his professed Christian faith?

Of course this isn’t completely Connor’s fault … as snake oil such as the sort he peddles wouldn’t sell unless there was a market for it.

And boy is there ever a market for it in the Palmetto State. Despite this website’s best efforts to enforce some long-overdue common sense accountability, South Carolina remains a state where anybody can say pretty much anything in an effort to get elected … and have vast swaths of easily impressionable voters go along for the ride.

And as long as candidates and elected officials exploit the natural gullibility of the average South Carolinian (as opposed to educating them), nothing will change …

Chris Christie Has A “Big” Problem