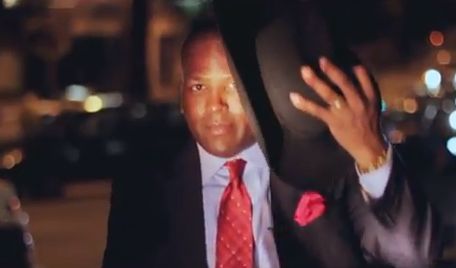 This project – which received at least $7.8 million in federal “stimulus” money and millions more in grants from the U.S. Department of Housing and Urban Development (USHUD) – officially went belly-up earlier this year.

One of Benjamin’s partners in this deal? Former S.C. State University trustee Jonathan Pinson – who is the subject of a federal investigation into corrupt kickbacks involving a separate $3 million public land deal.

In fact Benjamin famously bragged to The (Columbia, S.C.) Free Times that he “left seven figures on the table” in selling his piece of the action to Pinson for $500,000.

This week the station dispatched reporter Jody Barr to interview Benjamin about his connection to Pinson and another former S.C. State trustee who was involved in the shady Village deal – Lance Wright.

Wright, it turns out, has become an FBI informant – and Barr wanted to know whether Benjamin had been approached by the FBI regarding his involvement in the deal.

Wow. Score another one for the “Mayorhood,” right? You know, this reminds us a lot of his, um, “follow-through” on the issue of transparency in government (which he campaigned on back in 2010).

This hood should be in jail, people. In fact if you live in Columbia, S.C., he’s literally hazardous to your health. Like, for real.

Related Topics:Steve Benjamin
Up Next

Dick Elliott Denies Being A Groper