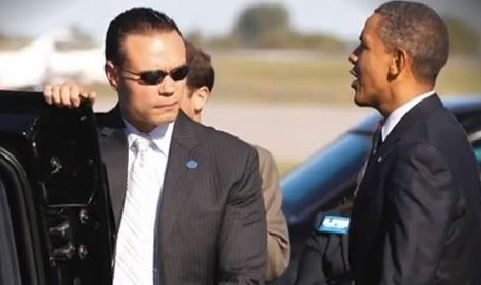 A former U.S. Secret Service agent is unloading on the White House and Barack Obama – the president he used to protect.

These acolytes apparently enjoyed boozing it up, too, acting as badly on overseas trips as the Secret Service agents who were involved in last year’s South American sex-and-prostitution scandal.

“The only bad behavior I ever witnessed at these events was by intoxicated White House staff,” Bongino wrote in his book, Life Inside The Bubble.

In fact Bongino – a 12-year Secret Service veteran who retired in 2011 – ripped Obama for his “harsh words” against the Secret Service.

“I felt the president’s harsh words were inappropriate,” he said. “He failed to acknowledge that this was was a pattern of behavior that was not uncommon among his own staff members within the White House.”

Bongino’s book comes out on November 19. To pre-order your copy from Amazon, click on the link below …

Get Your “Brosurance” From Brother Barack