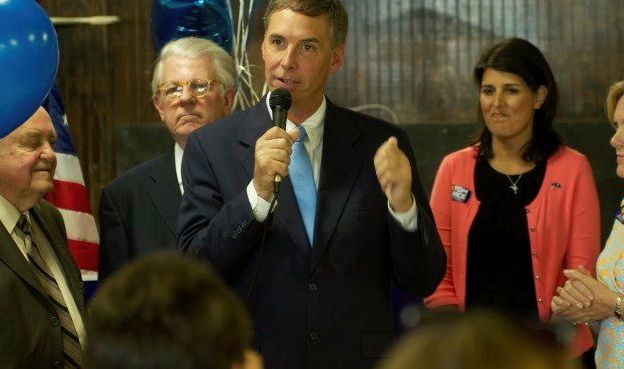 And no, it’s got nothing to do with the partial government shutdown … (legislative chiefs of staff are viewed as “essential” employees, if you can believe that).

Grassmeyer, who hails from Nebraska, has been in Washington, D.C. for the last eight years as both a staffer on Capitol Hill and a grant writer for a Beltway advocacy firm. He joined Rice’s office last December – leaving the office of retiring U.S. Rep. Steve Austria of Ohio.

Before that he worked on political campaigns in The Cornhusker State – and spent a bit of time working for the University of Nebraska football program.

According to our sources, Grassmeyer went out “in a blaze of glory.”

The alleged issue? Conflicts with Rice’s wife – Wrenzie Rice, who has reportedly cost her husband several members of his political team.