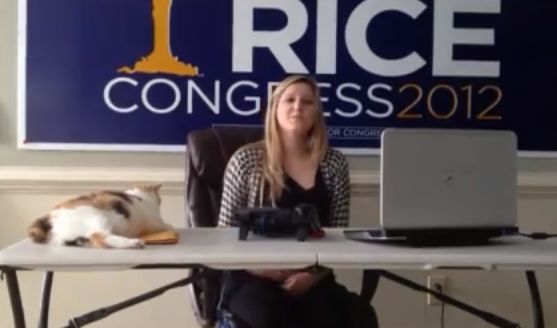 It goes without saying that Tom Rice’s politics and ideological leanings are absolutely terrible.  He’s a fiscally liberal crony capitalist of the worst sort … and from what we’ve been able to gather an insufferable asshole to boot.

But thanks to S.C. Gov. Nikki Haley’s endorsement, Rice is all but assured of becoming the next U.S. Congressman from the Palmetto State. – something we suspect we will have plenty of opportunities to lord over Haley’s head when he votes for bailouts, handouts, deficit increases and tax hikes.

Anyway … we thought we had seen the world’s worst “Call Me Maybe” video (courtesy of the “economic developers” over at the Columbia, S.C. Chamber of Commerce) but apparently we were wrong.

Yeah … we’re doing our best not to take the Lord’s name in vain these days but Jesus Fucking Christ that’s terrible.