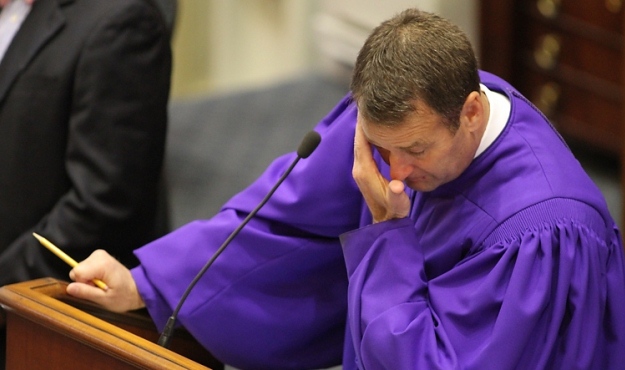 As reported exclusively by FITS earlier this week, S.C. Lt. Gov. Ken Ard (RINO-Pamplico) will resign his office on Friday – the culmination of a months-long grand jury investigation into major campaign finance irregularities and (more importantly) the lies Ard told in an attempt to cover them up.

Multiple sources – including sources inside the embattled Lieutenant Governor’s office – have confirmed to FITS that Ard will step down as part of a plea deal reached with S.C. Attorney General Alan Wilson.

Ard will reportedly announce his resignation at 10:00 a.m. Friday and plead guilty to the as -yet-unspecified charges against him in open court at 1:00 p.m.

Details regarding the plea itself were not immediately available, and Wilson’s office did not respond to our request for comment. 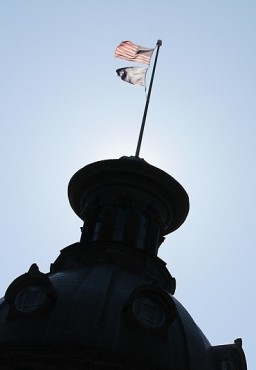 Wilson referred Ard’s case to the grand jury last July after an ethics report revealed that he spent tens of thousands of dollars in campaign cash on personal expenses – including football tickets, iPods, a Playstation, a flat-screen TV and women’s clothing – and then lied about those expenses on his state ethics forms.

The initial story detailing Ard’s issues was broken by reporter Corey Hutchins of The (Columbia, S.C.) Free Times last January – less than three weeks after Ard had taken his oath of office.

Ard was hit with over 100 violations and assessed more than $60,000 worth of ethics fines, although an accompanying report published by the S.C. State Ethics Commission (SCSEC) revealed a damning pattern of deception associated with the original allegations.

In addition to these allegations Ard has also been accused of running a “cash for contributions” scam in which money was given to donors in exchange for them agreeing to cut a check to his campaign.

Well, S.C. Senate President Glenn McConnell is in line to replace Ard – or so the State Constitution suggests – but there are a host of palace intrigues yet to be sorted out. McConnell may resign his post prior to Ard stepping down in an effort ot avoid assuming the politically impotent lieutenant governor’s office – or he may take the job.

The Senate President’s office did not respond to several calls seeking comment.

To read all about the latest machinations associated with the Ard succession drama, click here.