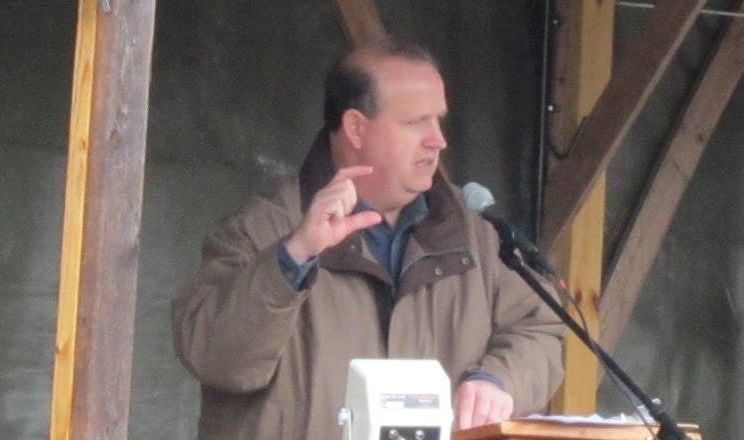 This website doesn’t believe the federal government should have any involvement whatsoever in education – a contention capably reinforced by the last five decades of academic achievement benchmarks.

We’re not alone in that belief, either …

“We have little to show for the $2 trillion in federal education spending of the past half century,” policy analyst Andrew J. Coulson of The Cato Institute said during Congressional testimony in 2011. “In the face of concerted and unflagging efforts by Congress and the states, public schooling has suffered a massive productivity collapse — it now costs three times as much to provide essentially the same education as we provided in 1970.”

And not only is it costing more … American students are falling further behind their global peers.

The latest top-down federal intrusion aimed at “fixing” the problems government has created?

Common core – an ostensibly “voluntary” and “state-driven” process of setting new academic benchmarks for America’s children that in reality is a massive federal overreach.

“The Common Core cheapens our children’s education and further erodes the nation’s tradition of Federalism,” columnist Hayden K. Smith wrote for Freedomworks, a national limited government group that’s opposing common core. “The argument here is not against educational standards being raised at public schools. The problem is loss of state control in making those standards.”

Anyway … one South Carolina State Senator had a very interesting take on Common Core standards during a private meeting of the S.C. Senate Republican Caucus at the Westin Poinsett hotel in Greenville, S.C. this week.

In addressing his colleagues about the dangers of the program, S.C. Sen. Thomas Corbin told a story about a public school teacher in his hometown of Greenville, S.C. who shared some shocking information to her students.

“He said the teacher told her class about tribesmen in Africa who had to suck their elders’ dicks,” a source who attended the gathering told FITS.

The source later corrected their geography and said the teacher was referring to tribes in Papau New Guinea – specifically the Sambia and Etoro – in which elders force younger men to fellate them and ingest their semen in an effort to enhance their virility.

Prior to telling the story, Corbin reportedly asked Katrina Shealy – the only female member of the S.C. Senate – if she would mind leaving the room. Shealy reportedly refused, telling her colleagues if they couldn’t say something in front of her “they probably shouldn’t be saying it period.”

Shealy declined to discuss the incident with FITS – citing the confidentiality of caucus retreats – however several sources who were at the event confirmed her comments.

“He was actually trying to be a gentleman about it,” the source said of Corbin. “He was uncomfortable about telling the story but wanted to make the point. He is a good guy – he was trying to tell the story delicately, there’s just not much of a delicate way to say that.”

FITS is endeavoring to determine what school – and which teacher – offered up this interesting cultural tidbit to her kids (and what grade level classroom she teaches).