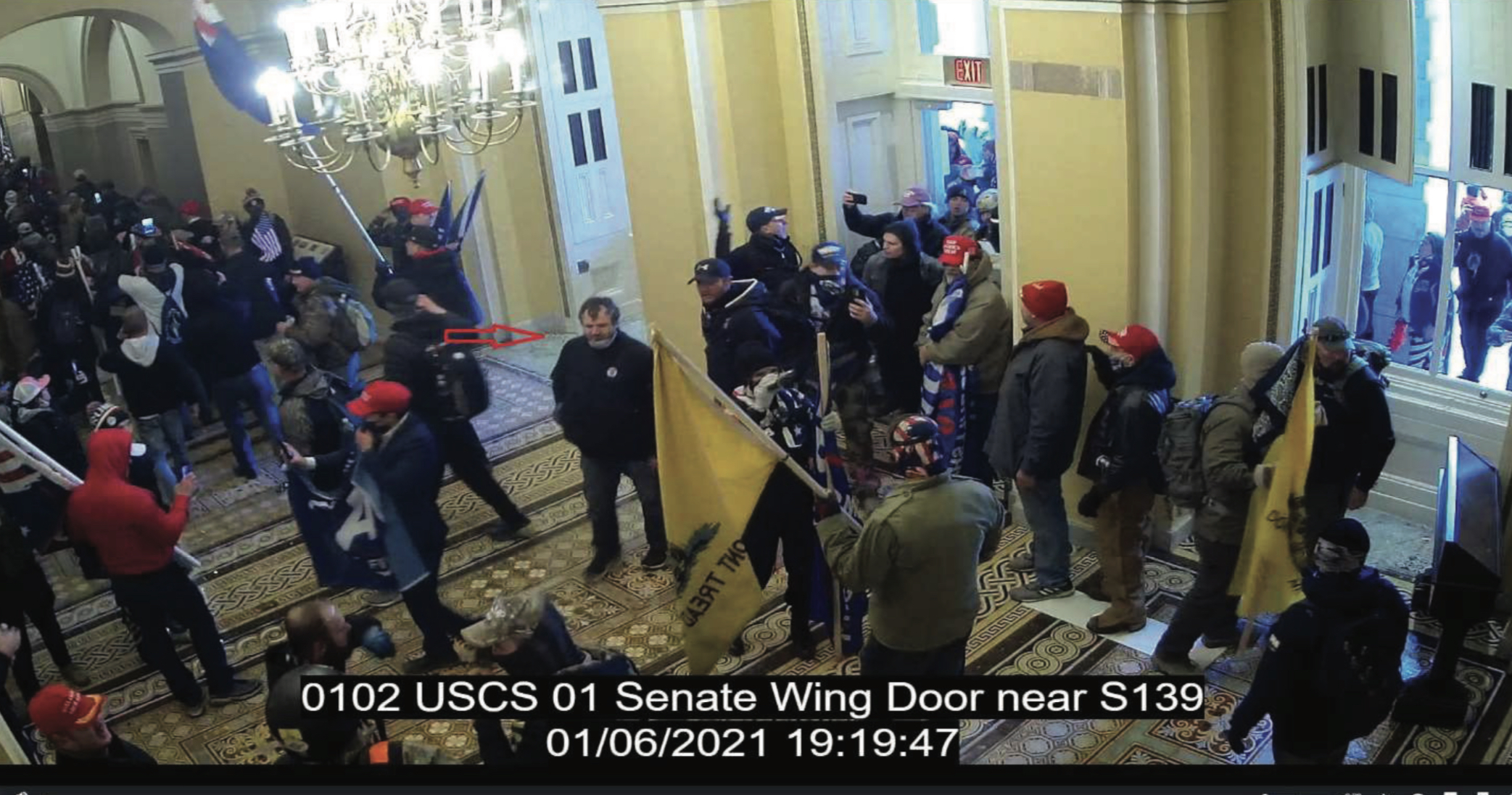 A South Carolina man pleaded guilty Thursday to two felony charges for his actions during the breach of the U.S. Capitol on Jan. 6, 2021, according to a press release from the U.S. Attorney General’s Office District of South Carolina.

George Amos Tenney III, 35, of Anderson, pleaded guilty in the District of Columbia to civil disorder and obstruction of an official proceeding.

According to court documents, in December 2020, Tenney made plans to travel to Washington on Jan. 6, 2021. He sent a Facebook message on Dec. 28, 2020, that stated, among other things, “It’s starting to look like we may siege the capital building and congress if the electoral votes don’t go right,” according to the press release.


His and others’ actions disrupted a joint session of the U.S. Congress convened to ascertain and count the electoral votes related to the presidential election, the press release stated.

“Tenney moved to the area inside the Rotunda Doors, arriving there at 2:24 p.m. Rioters had amassed outside the doors and were struggling against the police officers attempting to secure the building. Tenney tried to open the Rotunda Doors to allow the rioters inside, and he had contact with multiple federal employees while doing so,” the release stated.

He succeeded in opening one of the doors.

“A police officer who was outside tried to push them closed, and Tenney resisted, pushing against the door to try to keep it open. An employee of the House Sergeant at Arms then ran towards Tenney, pushing him aside in an effort to close the door. Tenney grabbed the employee by the shoulder. He and other rioters surrounded the employee, and a heated conversation began. A rioter from outside the doors forced his way inside and pushed the employee of the House Sergeant at Arms away,” the release stated.

“Tenney, meanwhile, continued to stand in the doorway, and locked arms with a Capitol Police officer who was just outside the doors. He and the officer moved inside, towards the Rotunda. Tenney pushed away the officer’s hand. While in the Rotunda, he yelled, ‘Stand up, Patriots, stand up!’ He then returned to the Rotunda Doors, where he assisted rioters entering the building, patting them on the back and helping them move forward. When another Capitol Police officer entered the area, Tenney pushed him to the side. Tenney ultimately had to be pulled back inside so that the Rotunda Doors could be closed to keep other rioters from entering. He then retreated to the Rotunda and exited the Capitol through a window at approximately 2:32 p.m.,” the release stated.

Tenney was arrested on June 29, 2021, in Anderson, South Carolina. He is to be sentenced on Oct. 20, 2022. He faces a statutory maximum of five years in prison in prison on the civil disorder charge and up to 20 years in prison on the obstruction charge. The charges also carry potential financial penalties. A federal district court judge will determine any sentence after considering the U.S. Sentencing Guidelines and other statutory factors.

“In the 17 months since Jan. 6, 2021, more than 840 individuals have been arrested in nearly all 50 states for crimes related to the breach of the U.S. Capitol, including over 250 individuals charged with assaulting or impeding law enforcement. The investigation remains ongoing.’

Click here for more photos of wanted suspects in the Capitol Riots.