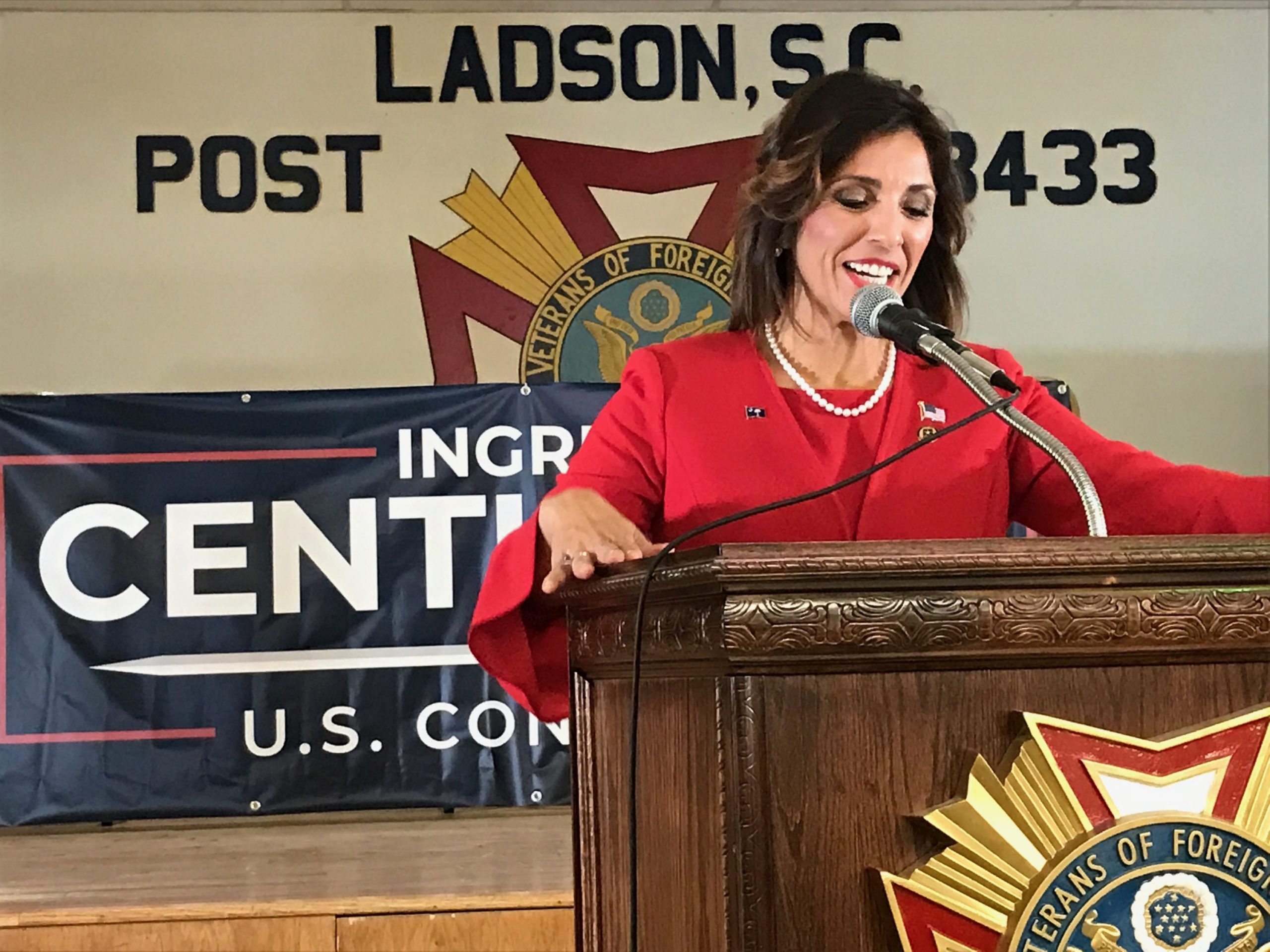 The heated GOP primary for South Carolina’s first congressional district took another step toward being a pure proxy war between former U.S. president Donald Trump and his establishment “Republican” antagonists this week …

Centurion’s announcement was made on Wednesday, the last day of the candidate filing period in the Palmetto State. Centurion had until noon on Wednesday to submit paperwork with the S.C. State Election Commission (SCVotes.gov).

Centurion endorsed former state representative Katie Arrington, whose candidacy has been previously been endorsed by Trump.

“I regret I must leave the race, but the mission remains the same,” Centurion tweeted. “I give Katie Arrington my full support and I will do everything I can to help her.”


Centurion’s support for Arrington comes as no surprise given her previous criticism of the incumbent in this race – first-term U.S. congresswoman Nancy Mace.

In her release announcing the decision, Centurion said her goal was “to help replace Nancy Mace with a conservative worthy of representing the great patriots of the Lowcountry.”

“Ingrid is an example of what everyone in our country should aspire to be: self-made and hardworking,” Arrington said in a statement touting the endorsement. “The daughter of immigrants who helped raise her three siblings after the passing of her father, Ingrid not only has a small business background, but she dedicated over two decades of her life to serving our nation in the armed forces. I am honored to have her support in this race, but I am more grateful that she has agreed to be an integral part of our campaign’s veterans and small business coalition.”

Arrington added that Centurion’s decision was “representative of our party’s need to unite to defeat Nancy Mace.”

“We cannot afford another term of self-serving ‘leadership’ from someone more concerned about themself than they are us. I am grateful for Ingrid’s endorsement and look forward to working with her for the betterment of our Nation’s veterans and business community.”

Centurion’s departure from the race narrows the field, but the race is not officially a two-person affair.

Lynz Piper-Loomis – a military caregiver who announced she was running last May – filed her paperwork to seek this seat earlier this month. Like Centurion, Piper-Loomis (whose first name is pronounced “LIN-zee”) is another staunch critic of Mace’s.

As of this writing, though, Piper-Loomis has yet to amass anywhere near the same level of financial or popular support as the top two candidates in this contest … making this an effective tête-à-tête.

While Arrington is backed by Trump and his “America First” legions, Mace is supported by Nikki Haley and other establishment “Republicans.” Of course, Mace has several former Trump officials in her corner, too … so the rift isn’t quite as precise as it seems.

In fact, Mace is relying on crossover support from within the “MAGA movement” to give her the edge in her battle with Arrington.

Mace and Arrington are not friends. In fact, the two women absolutely, positively hate each other.

At one point during their tenure together in the S.C. House of Representatives, Arrington and Mace nearly came to blows following a spat on the floor of the chamber – with colleagues stepping in to separate them.

As I noted in a post earlier this week, this race seems headed in the same direction …

BANNER VIA: Ingrid Centurion for Congress