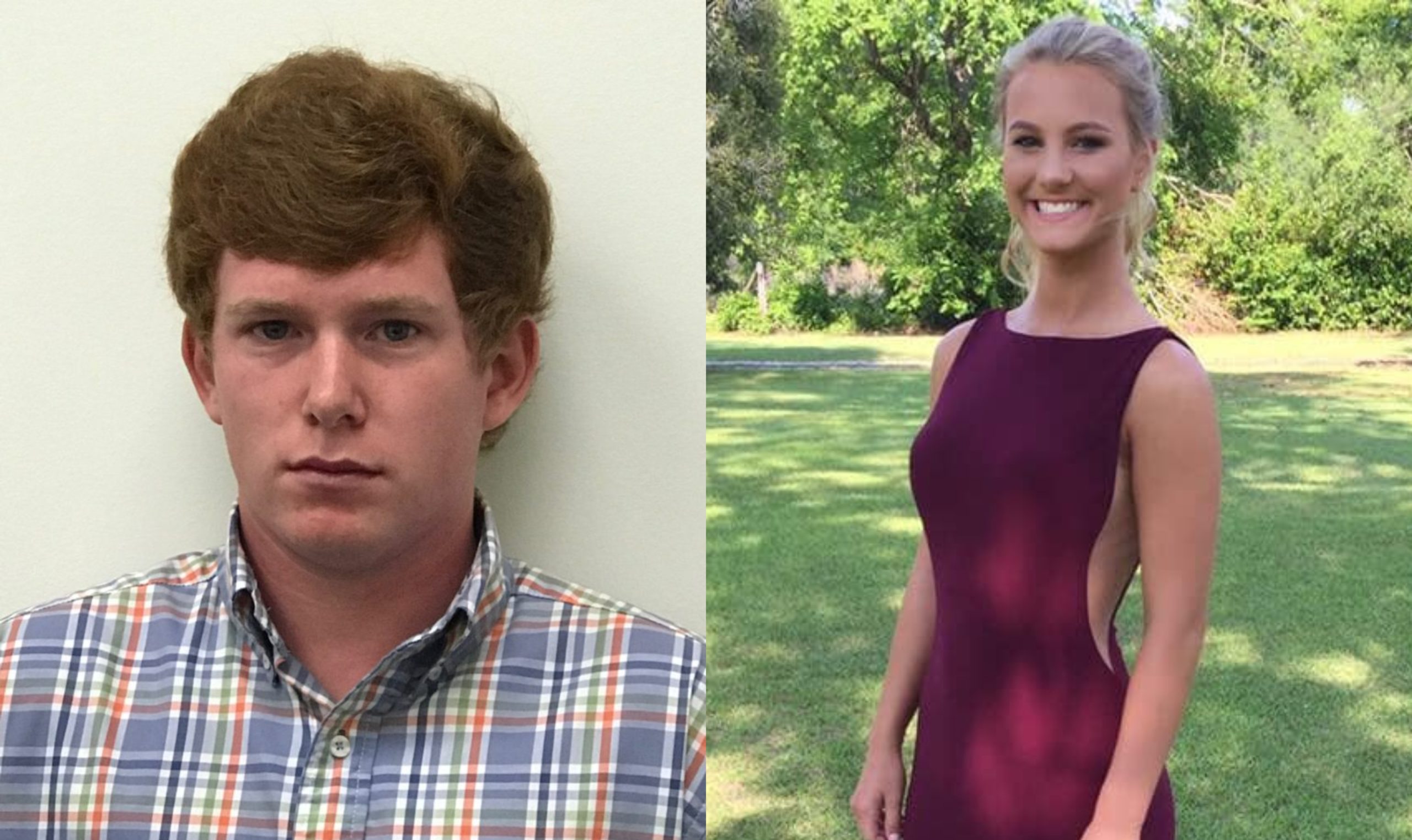 New details were released this week in the fatal Beaufort County boat crash case that has embroiled one of South Carolina’s most powerful families.

In the final moments leading up to the tragic death of 19-year-old Mallory Beach back last February, alleged boat driver Paul Murdaugh shoved, spit on and slapped his then-girlfriend prior to crashing the boat into a piling near the Archer’s Creek Bridge outside of Parris Island sometime after 2 a.m.

That’s according to depositions filed in the civil lawsuit related to this case (.pdf).

Murdaugh, of Hampton, S.C., faces three felony boating under the influence (BUI) criminal charges in connection with the incident. He has not spent any time behind bars and is currently out on bond awaiting trial.

The civil case — filed by Mallory’s mother Renee Beach in March of 2019 — accuses Parker’s 55 Gas Station in Ridgeland, S.C. of selling alcohol to Paul Murdaugh and underage boater in the early evening hours of Feb. 23, 2019. Witness statements have alleged that Murdaugh, appearing underage, used a form of identification that should have been flagged by the cashier before the transaction but passed due to poor training by Parker’s Corporation.

Attorneys representing Parker’s refused to accept responsibility for the crash in their motion filed Tuesday. Mitchell Griffith and Kelly Dean argued in their pleading that the South Carolina law allowing businesses that illegally sell alcohol to minors to be held liable for damages doesn’t apply in this case because of maritime law (a defense we will explain in a later piece).

The lawsuit frames Parker’s as an enabler to Murdaugh — asserting that without Parker’s allowing the illegal alcohol sale at the beginning of that tragic evening, the crash likely wouldn’t have happened.

“Parker’s casts itself as the unknowing victim in this case that tragically ended in the death of a nineteen year old girl,” Beach’s attorney Mark Tinsley wrote in a previous motion.

Tinsley has previously accused Parker’s of withholding evidence in the discovery process of the case.

A timeline of events

In our latest story on the Mallory Beach investigation, FITSNews alluded to several “bombshell depositions” in the case. Parker’s attorneys released parts of those depositions this week.

Details contained in those depositions paint a chilling picture of the hours leading up to Mallory Beach’s death.

Beach, Murdaugh, their then-significant others, and another couple — all under the age of 21 — had plans for a couples’ date night that included boating to a friend’s oyster roast on Paukie Island prior to spending the night at the Murdaughs’ river home.

That residence is located on what the kids call “Murdaugh Island” on the Chechessee River in Beaufort County, according to court documents.

Around 5:30 p.m. on February 23, 2019, Murdaugh purchased White Claw, Natural Light, and Michelob Ultra from a clerk at Parker’s 55 Gas Station in Ridgeland, according to previously filed documents.

Here are some important details from that purchase, according to depositions filed in the case:

After the purchase, Paul packed the alcohol into coolers in the Parker’s parking lot and then drove with his friend Connor Cook to the Lemon Island Bridge to meet the other four boaters, according to depositions.

Why on a not-so-pleasant February evening — with temperatures in the upper 50s — did Murdaugh and his friends decide to boat to the oyster roast (18 miles away) instead of driving when it was already dusk? Because they’d heard there was an alcohol check point that night, according to depositions.

In other words, the implication is that they knew they were going to drink and drive that night and thought it would be a lot less likely for them to get caught by boat.

Paul Murdaugh drove his father’s 17-foot Sea Hunt boat — which didn’t have working lights. That meant the boaters had to take turns holding a flashlight to give them visibility, according to the depositions.

Boaters said Murdaugh and passengers were drinking prior to their arrival at the house party on Paulkie Island.

For about five hours, the six boaters hung out at the oyster roast at the home of Kristy and James Wood, who were previously named — then dropped — from the lawsuit.

While at the Woods’ home, the three young couples consumed the alcohol they stored on the boat, according to depositions.

Parker’s claims they were drinking “a lot of alcohol not purchased from Parker’s” that evening. However, the attorneys do not cite testimony to prove those claims.

Parker’s attorneys claim that the dense fog hindered Murdaugh’s ability to see that night as he drove the boat through the twisted waterways of northern Beaufort County, but video evidence submitted to FITSNews showed clear visibility.

Murdaugh — who was already allegedly intoxicated — then decided he wanted to get a shot from Luthers in downtown Beaufort, according to depositions. He drove the boat through the darkness to the Beaufort Waterfront —with only a handheld flashlight to light the way.

Paul Murdaugh and Connor Cook then each purchased two rounds of shots— one Lemon Drop and one “cup” of Jaegar — at Luther’s Rare and Well Done in downtown Beaufort, according to the depositions …

While they were at Luther’s, Paul Murdaugh allegedly became very drunk according to the depositions filed with the Parker’s pleading. His friends claimed he has a drunk alter-ego named “Timmy” who came out that night.

According to his friends’ depositions, Murdaugh’s eyes get “as wide as half dollars,” without blinking when he gets in “Timmy” mode. He holds his hands sprawled out, does erratic movements with his arms, and “… he was an angry drunk too, so you could always tell when he became ‘Timmy.'”

Paul was allegedly so intoxicated while at Luther’s that he “almost got into a fight” with a patron and “started throwing chairs” before they left, according to depositions.

While Parker’s attorneys claim in the motion that Connor Cook and Paul Murdaugh were in Luther’s 20-30 minutes, time-stamped video evidence submitted to FITSNews shows the two were in the bar about nine minutes.

Meanwhile, the four other passengers waited near the boat for Connor and Paul as they shared their last moments together before Mallory Beach was killed shortly thereafter.

When the boat left downtown Beaufort around 1:00 a.m. EST, Paul was “visibly intoxicated,” according to depositions.

Several of the boaters told attorneys the following during their depositions:

The last moments leading up to the crash

As the six friends left Beaufort, an argument is alleged to have broken out on the boat. Tensions were boiling within the group for more than an hour at this point, the depositions reveal.

Four of the boaters —including Beach and her boyfriend, Anthony Cook —did not want to go to Beaufort and just wanted to go home, according to depositions.

It was late, well past 1 a.m., and Paul’s slow and erratic driving, at times driving in circles, allegedly irritated the already frustrated group.

“Everybody” was trying to talk Paul into letting Anthony drive the boat and Paul refused, one of the depositions said.

Then there was one final argument, according to the boaters’ accounts.

Paul Murdaugh then pushed, spit on, and slapped his then-girlfriend in the face, according to multiple depositions.

In the back of the boat, Mallory Beach and Anthony Cook had enough, depositions say. Mallory yelled at Paul to stop.

“He turned and pointed at her, and I could tell he was about to say something and I told him not to make that mistake and he stared at me for a second and went to the steering wheel,” Anthony Cook said in his deposition. “I believe that’s when we took off.”

The boat then accelerated rapidly, according to the depositions.

After entering Archer’s Creek, Anthony Cook sat on the bottom of the boat, clinging to his girlfriend Mallory in his lap because the boat was going too fast, depositions say.

Seconds later, the 17-foot center-console boat struck the piling at Archer’s Creek Bridge. Beach and Cook were both flung into the dark water.

Only one of them resurfaced.

Beach’s body was found a week later by two boaters five miles away from the crash site. Beaufort coroner Edward Allen determined she died of blunt force trauma and drowning.

FITSNews recently obtained documents showing that two of the responding deputies on the night of the crash had ties to the Murdaugh family’s law firm. Paul Murdaugh was not administered a breathalyzer examination at the scene, but authorities did obtain blood from him at the hospital according to the S.C. Department of Natural Resources (SCDNR) — which was the lead investigating agency.

From 1920 to 2006, three generations of Murdaughs determined who would be prosecuted in the South Carolina fourteenth judicial circuit, which includes Beaufort and Hampton counties. From the very beginning of this case, critics have questioned whether Paul Murdaugh has received preferential treatment owing to his family’s firmly rooted influence in the region.

Paul Murdaugh is facing one count of boating under the influence resulting in death and two counts of boating under the influence causing great bodily injury. If convicted, he could face up to 25 years in prison on the first charge (with a minimum of a year behind bars) and up to 15 years in prison (with a minimum of thirty days in jail) on the two bodily injury charges, per the S.C. Code of Laws (§ 50-21-113).

He has pleaded not guilty to all of the charges filed against him.

The South Carolina attorney general’s office is prosecuting the criminal case. Columbia, S.C. attorney (and S.C. senator) Dick Harpootlian and Jim Griffin – two of the most prominent criminal defense attorneys in the Palmetto State – are representing Murdaugh in the criminal cas.

A trial date has yet to be set in Murdaugh’s criminal case, attorney general’s spokesman Robert Kittle told FITSNews. Kittle said the coronavirus pandemic has put most trials on hold.

Matney has been covering the Murdaugh case since the morning of the crash on Feb. 24, 2019 and has developed more than a dozen sources across the state in the last year.

The sad part is knowing this family has been prosecuting people for 80 years…..what have they done through corruption ? The boat wreck was the result of a spoiled rich kid given everything and was able to get away with everything, never held accountable. He killed that beautiful girl that night as a result. This happens every day unfortunately.