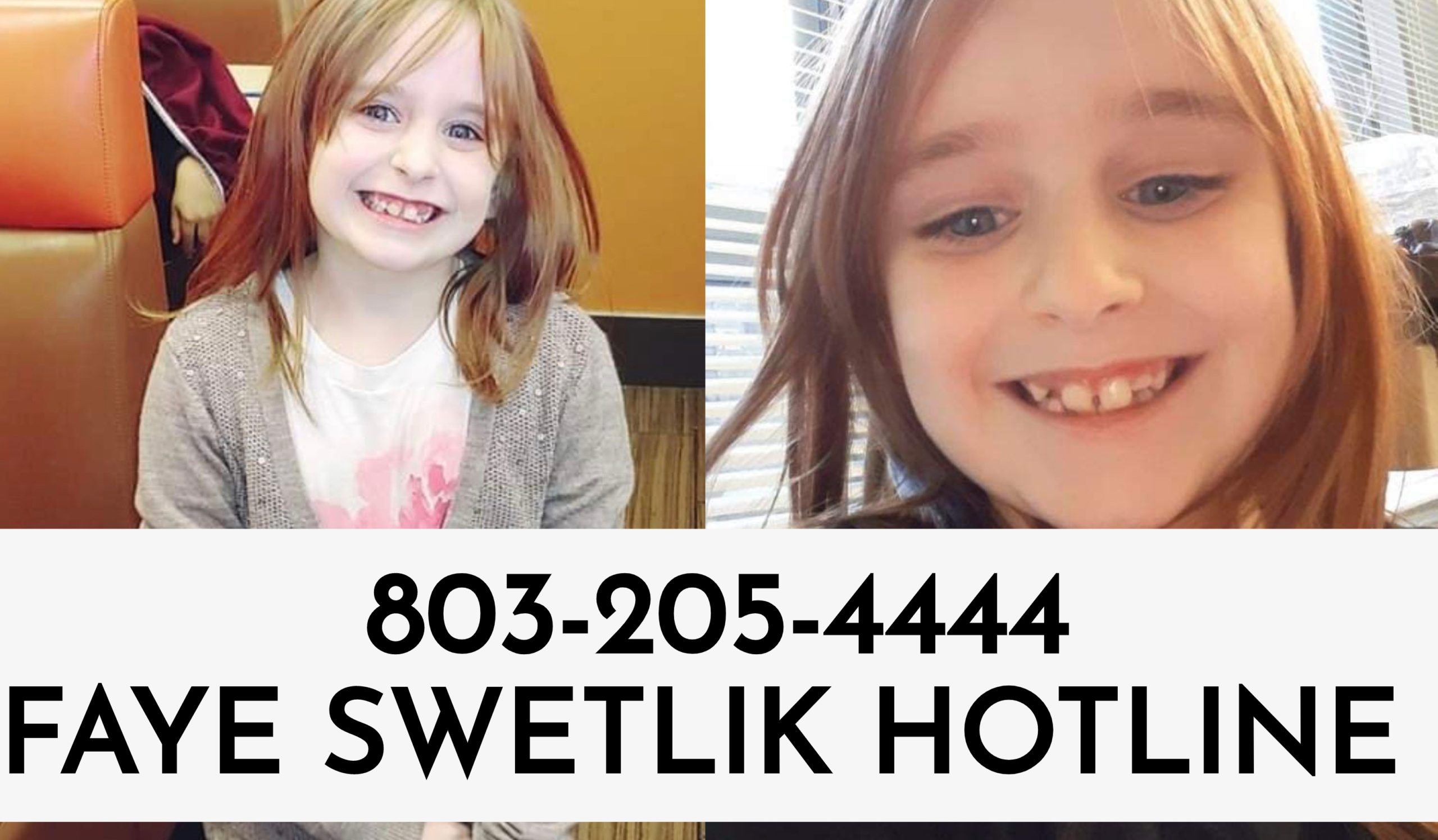 On Wednesday, hundreds of law enforcement officials continued to search for 6-year-old Faye Marie Swetlik who disappeared from outside of her Cayce, South Carolina home Monday afternoon.

In a press conference Wednesday, Cayce Department of Public Safety officials quashed rumors circulating on social media about the case. Several rumors on different Facebook pages were posted Wednesday morning said a body was found and the search appeared to be suspended — both of which were not true.

“We’ve noticed a lot of incorrect information on social media that’s being circulated around and shared across different platforms,” Evan Antley of the Cayce Department of Public Safety said Wednesday.

Antley said these rumors could possibly hurt the investigation. He urged the public to only shared verified information.

After their extensive 24-hour search —with more than 250 law enforcement officers and first-responders from more than 20 different agencies including the FBI and South Carolina Law Enforcement Division (SLED) — Cayce Department of Public Safety officials said Tuesday evening they have found no evidence that Faye was abducted.

Cayce officials released a video (below) Wednesday afternoon that shows Faye getting off her school bus on Monday afternoon around 2:50 p.m. Antley asked the public to share that video.

“Faye’s mother, her mother’s boyfriend, and father have been cooperative with us and the other agencies,” Cayce Police Chief Byron Snellgrove said in the Tuesday press conference. “Her parents are anxiously waiting her return.”

From the beginning, authorities have limited the search to a 1-mile radius. Snellgrove said Tuesday that it was possible she ran into the woods or went to a neighbor’s home. So far in the investigation, officials have not found any evidence that an abduction occurred.

On Wednesday, Antley said they were expanding that search to outside the immediate area of the Churchill Heights neighborhood.

Officials confirmed with FITSNews Monday night that the FBI was working with local law enforcement agents on the case. Snellgrove said at the Tuesday press conference they invited the FBI as they have agents who specialize missing children cases.

How social media can help

While they’re appreciative of the community’s support in the case, law enforcement officials do not want volunteers to participate in the search effort, Antley said Wednesday. Police have said the investigation is systematic and they only need trained officials.

Faye said investigators have received some surveillance already and they’re following up with all leads.

Faye is a first grader at Springdale Elementary School in West Columbia, South Carolina. She has shoulder-length strawberry blonde hair and blue eyes. She has a speech impediment and is lactose intolerant. She is 3-foot-10-inches tall and about 65 pounds.

WIS journalist Caroline Hecker reported Tuesday that she saw FBI agents on the property where Faye was last seen. She wrote that they were “closely examining the back porch” and WIS reported that “Investigators have towed two cars away from the property. “

Antley said he could not comment on the towed cars, as the investigation is ongoing.

Antley was also asked if Faye’s mother was given a polygraph test. Again, Antley said he could not comment citing the open investigation.