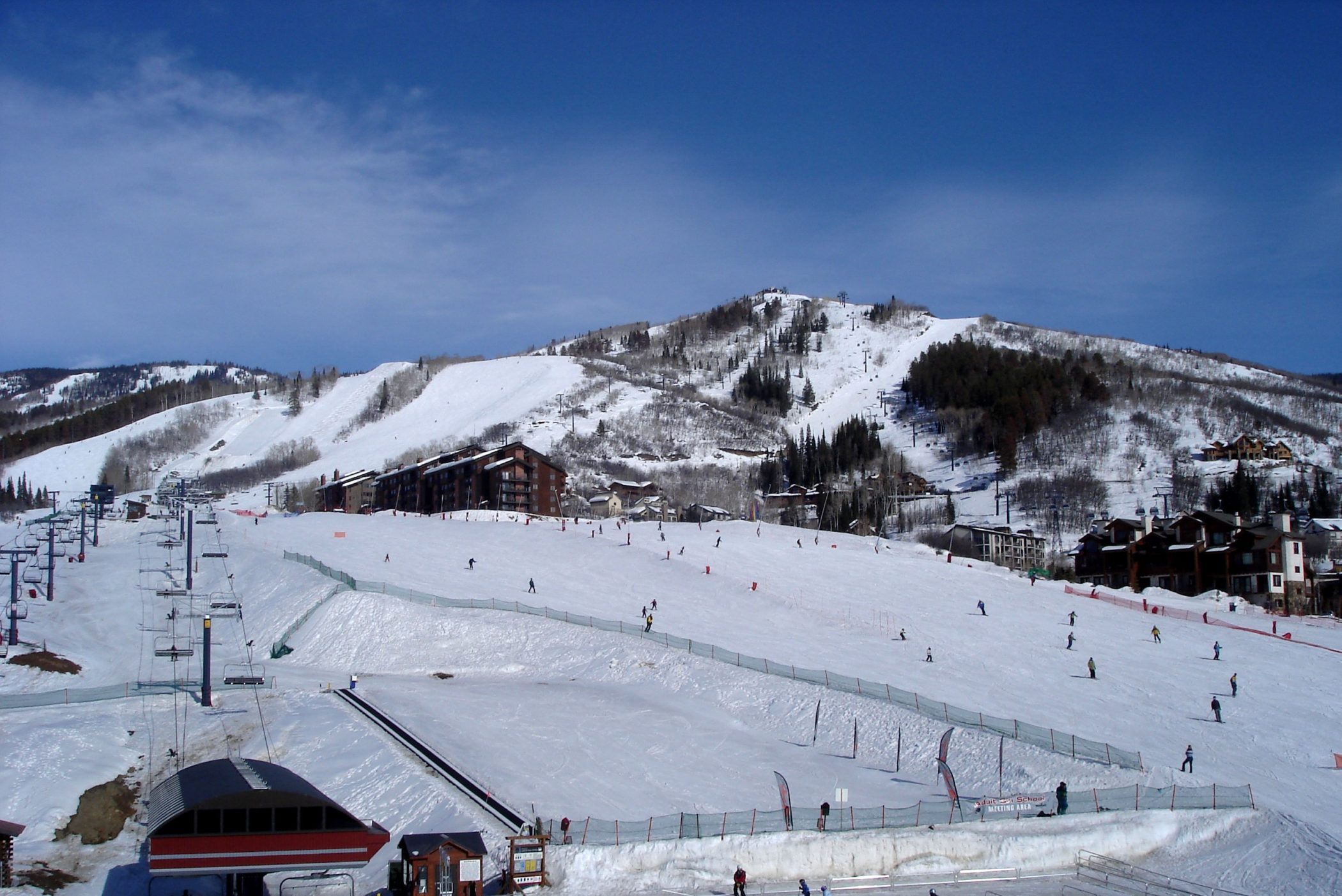 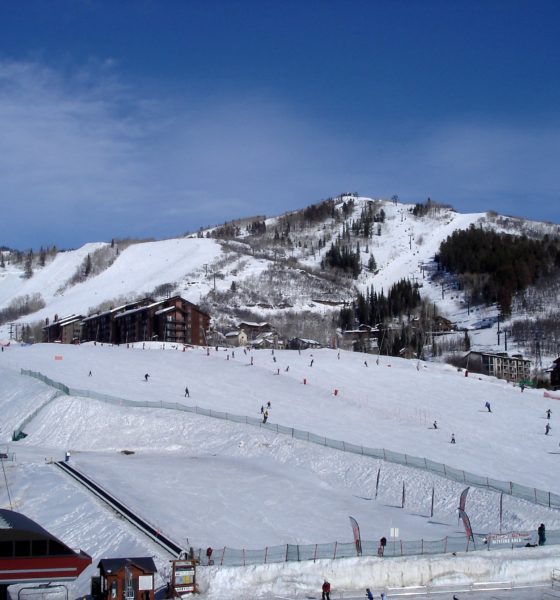 by AMY FEINSTEIN || You know that saying, “Don’t go away angry, just go away?” At this point, I don’t care if you are angry Ashley Jacobs, just go away.

The botched “Plan B” of former star Thomas Ravenel, her continued presence on Bravo TV’s Southern Charm is clearly unwelcome.

Do you need a house to fall on you like in the Wizard of Oz? There, normally polite people aren’t even making pretend to tolerate you, and word has it that Naomie Olindo was forced to meet up with you on this episode as punishment for not going on the ski trip.

Anyway, back at the ski resort, everyone is getting up and making plans to hit the slopes, everyone except Madison LeCroy, that is. She woke up early and went out snowboarding.

It seems Shep Rose’s chill from the night before doesn’t translate to the morning, because he’s sniping about Madison and Austen Kroll again. Those Bravo editors really should pipe in that song from Frozen every time Shep or Craig Conover say “Madison” [Let It Go, Let It Go].

Speaking of Craig (below), he’s making breakfast in house #2. Shep has decided to be smart and stay off the knee. Emergency surgery out of state is never a good idea so cheers to you!

Austen gets the third degree again about Madison [Let It Go!] and the rest of the gang decides who will go to ski class. I have to say I am surprised that almost nobody in this crew has skied before. Eliza Limehouse says she hasn’t skied because she’s from the Lowcountry. Sure, but you’ve been out of South Carolina before, right?

That said, I think everyone who does ski(or has skied) has a friend like Whitney Sudler Smith, who has a tale of a broken bone. My former brother-in-law broke his leg his first time down (admittedly doing something stupid in following my ex-husband down an expert ski run). He said he will remember every bump in the truck on the way home for the rest of his life.

Over 40, unless you ski often, moguls are not your friend. Après ski appeals to me more with age, IMHO.

Kathryn has that Suzy Chapstick (yes, I’m old, Google it), seventies snow bunny thing down! Who said redheads can’t wear red? You won’t lose her in an avalanche! That red ski suit could even make Whitney confess (though the fear of a certain unnamed felon might be a stronger threat).

BTW, does nobody just Scotchguard their jeans anymore, or is that an eighties east coast thing?

Craig thinks Kathryn looks like a Teletubby, and I’ll assume he’s referring to Po, who was my son’s favorite. None of the other men were thinking Teletubby, but that’s okay, it proves you are a real pal (I think).

Everyone is getting kitted out. Kathryn girl, be more concerned about safety than color coordination!

On the other side of the mountain (see what I did there, it’s a movie) Whitney and Shep look like they are huffing keyboard cleaner, but it’s oxygen to help with the altitude issues (they saw y’all coming).

Back on the slopes, I thought if anyone, Chelsea Meissner would be a natural. Eliza’s beau Don actually seems sweet, and I’ll apologize now that I giggled when he slo-mo crashed.

I think I’m having a Bravo epiphany. The Real Housewives franchise is more on the telenovela register, while Southern Charm tends to be more angsty meets southern gothic. The chat between Danni Baird and Kathryn in the gondola makes me a combination of sad and anxious. If the pot dinner wasn’t a set up, Kathryn would have been allowed to go out to dinner with Danni or Craig, but … onto another topic, Kathryn has the receipts from the Los Angeles trip. Busted!

Can you two agree to stay a foot apart at all times? Like at those middle school dances, make room for Jesus!

Meanwhile, back in Charleston, Naomie is being punished by production for not going on the ski trip, and gets roped into taking a call from Jacobs (a.k.a. Plan B). In the real world, this girl would have been blocked on everyone’s phone, because in the words of Naomie, “she’s crazy.” On Naomie’s phone, she would have at least had a cheeky name.

Naomie answers the phone with a facial expression which makes it look like she’s facing a firing squad. Plan B wants to hang out, because after the swell time they had at Eliza’s party this is a natural evolution of their relationship. Maybe Madison Simon would like to come? No, she’s busy getting into the bathtub with a toaster.

Why does Plan B always sound so awkward on the phone? If you are going to sell the crazy rather than evil thing, go all the way! Seriously, have you ever heard someone ask for one more chance to apologize? Here’s a tip, say you’re sorry and then STFU! Not another word. No big but. Nobody cares.

And yes, Naomie, a colonoscopy is better, because at least there are drugs after that make you forget the whole thing ever happened.

Naomie agrees to the drink, and I’ll bet she wishes she had some of those Colorado gummies right about now.

Back in Steamboat Springs, Austen is buying shots for everyone at the bar. I had a friend in college who used to do this with her dad’s credit card, and we used to say “thank you Cliff” as a toast. Somewhere near Annapolis, Cliff was not amused.

Shep is pissed that Austen is obviously no longer a Lost Boy [Let It Go!].

Back in Mount Pleasant, Naomie pulls into the parking lot, looking as if she might prefer a car crash to getting drinks with Plan B. She arrives first and asks that the bartender super size her rose’.

Every time we see Plan B, her face and look have changed. I swear she’s a shapeshifter. She tells Naomie that they are both so convicted. Hmmmm … Freudian slip? Possible conviction on the brain? Need a thesaurus?

Naomie (above) looks nauseated, and it’s not from chugging the rose’. Even when giving a “heartfelt” apology, Plan B has that weird creepy smile. I know you don’t get sincerity, but can’t you at least fake it? Asking for another chance, and then blowing it again royally like you are off your meds? C’mon, at least fake it better.

Between sitting in the bar with Naomie and the flashback to the shooting party, WTF did you do to your face?

Finally, Naomie asks point blank “Are you okay,” as in, should I call 911. Your relationship with Kathryn? Like the relationship between the victim and the stalker? Any relationship is imagined. I think I hear a dolphin calling your name from a polo tailgate in Santa Barbara!

This meeting is contrived even for a “reality” show. Bravo, can’t you give poor Naomie a safe word to use when she can’t take the crazy anymore? How about “eggdonor!?”

You’ve never had a chance to apologize, Ashley? The sole reason you came to New York last year to do the reunion was allegedly to apologize and you f-ed that up (shocker). What is wrong with you, Plan B, that you would fry anything that was left of your professional reputation for a few shekels and a trip to New York?

Was witness protection not an option?

Back to Colorado with Cheech and Chong … or Austen and Shep. No pearl clutching here, I’m all for responsible marijuana use, recreational and especially medicinal, but are we really putting cannabis in the food where someone who can’t partake (ahem) might actually taste something that’s dosed? Would you throw a peanut-themed dinner if someone was allergic? This is tacky. It’s not reality if you set up the outcome. That show UnReal is looking more and more, well, real.

It’s almost dinner time, and Madison and Craig are the only ones ready. Madison, I need to know, is that butt all squats or what? Madison confronts Craig about the whole Austen thing, saying that unless you are asked for your opinion, keep it to yourself.

Back to the dinner, here is my opinion, even those who protested on camera, did not protest off camera, with the exception of the person being tested. Some doth protest too much. Not buying it, don’t really care, but I guess it would risk your position on that high, high, horse (pun intended). Are we still making pretend we don’t know where to get some pot back in Charleston?

Madison asks Shep why he’s being do nice. Because he’s freaking high! I’m thinking “give her a gummy” is the new euphemism. It’s okay, I’m just going to give her a gummy. It works on all levels.

Before dinner Kathryn is sitting in a chair, literally trying to make herself smaller before the chef calls them to the table.

What is it about being stoned that makes you think you need more? Does anyone ever say, “nah, I’m high enough?”

Cheech and Chong at the dinner table are less than amusing. Kathryn (above) is obviously waiting for the time she can leave without hearing back sass from production.

C’mon Austen, when Kathryn asked you at the table, was that really the first time it dawned on you that this was, let’s say, tacky? What if she accidentally took a bite of the wrong thing? Do you want to write up an affidavit and be deposed by Ravenel in their ongoing custody case? I didn’t think so.

Craig, how do you keep that one blue nail from chipping? You must have the best polish in the world! Seriously. DM me with the brand. My nails are a mess.

Eliza, wipe that smile off your face. If you are playing the holy roller, try to look concerned as Kathryn tells production she’s done for the night.

Shep is totally gorked in his Canadian tuxedo.

Now, this is the reason we all come back to loving Craig. He checks on Kathryn and has genuine concern. PTSD is a real thing, and she’s still dealing with the craziness back home with the tracker on her car and the private eyes lurking in the bushes with cameras. Maybe Craig can teach Ravenel to make pillows as a positive outlet?

Whitney says goodnight to everyone like he’s your dad leaving a bachelor party before things get too raucous. Craig tells Whitney to check on Kathryn. She’s in no mood to talk to him.

On next week’s episode, Cam and Whitney head home, and the rest of the crew go another round in As The Austen Turns, or The Young and the Austen or whatever drama is focused on whether he loves Madison or Shep better.

Until then, I think I need a gummy,