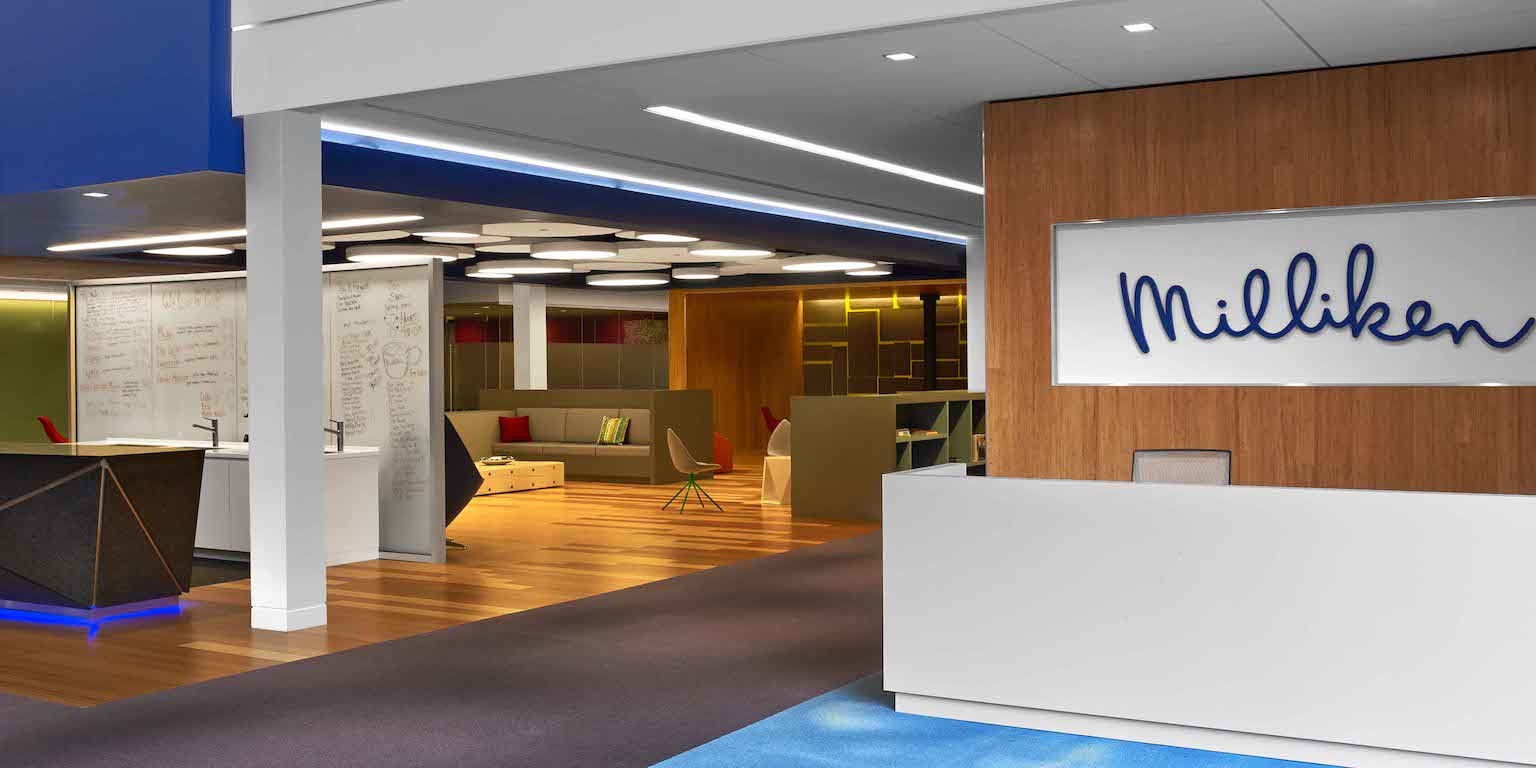 Courtney Edwards, 35, of Spartanburg, S.C. was charged with one count of driving under the influence in connection with the incident – which took place on the evening of June 19, 2019 following a “Milliken Gives” corporate fundraising event.

In fact, Edwards is reportedly wearing her blue “Milliken Gives” t-shirt in a mug shot released by the Spartanburg County sheriff’s office.

Edwards is the director of corporate marketing for Milliken and serves as the company’s primary spokesperson. Google her. She’s everywhere (and quite good at her job, too).

Also arrested in connection with the incident was 51-year-old Stacy Walker of Campobello, S.C. According to Spartanburg County arrest records, Walker – who was a passenger in the vehicle at the time of the accident – was charged with one count of public disorderly conduct.

Walker is listed as Milliken’s “corporate director of brand experience.”

Founded in 1865 in Maine as a small woolen fabric distributor, Milliken and Company moved to South Carolina in 1884. It experienced rapid growth during the latter half of the twentieth century under the leadership of Roger Milliken – a businessman/ textile heir/ industrialist/ political activist who ran it from 1947 to 2006.

That success made Milliken one of the Palmetto State’s first billionaires.

Milliken died in 2010 at the age of 95, but not before he had left an indelible mark on the national economy – and on American politics.

Here is an excerpt from a 2015 article in Politico Magazine by reporter Jonathan Katz highlighting Milliken’s extensive influence:

It was Milliken who moved to a solidly Democratic Dixie and transformed it into a bastion of Republicanism. Milliken built the South Carolina GOP into a national force, convincing Sen. Strom Thurmond to switch parties and birthing the “Southern Strategy” that put Richard Nixon and later Ronald Reagan into the White House. It was Milliken who inspired all future conservative candidates by pushing Barry Goldwater to run for president, then bankrolling his landmark campaign. Milliken was also the financial patron of the influential libertarian “Freedom School,” which trained a generation of conservative kingmakers, including Charles Koch. “He was the John the Baptist of the Koch Brothers,” says Marko Maunula, a historian at Clayton State University in Georgia.

As for these arrests, our view is this: Everyone makes mistakes … and we have no room to judge (certainly not Edwards). In fact, our founding editor Will Folks has a driving under the influence arrest on his record from the mid-1990s – and he readily acknowledges that his reckless behavior related to drugs and alcohol put many people at risk (on multiple occasions) during his years of addiction.

So on that count … no blame from us.

What matters most from our perspective is not the mistakes people make, but rather how they respond to them …

Do they take ownership? Embrace humility? Seek forgiveness? Get help? And most importantly … do they refrain from putting themselves/ others in similar situations in the future?

In other words, do they use the experience for good?

Ultimately, this is how all of us will be judged in the aftermath of our mistakes … and we certainly wish that path for these two executives.