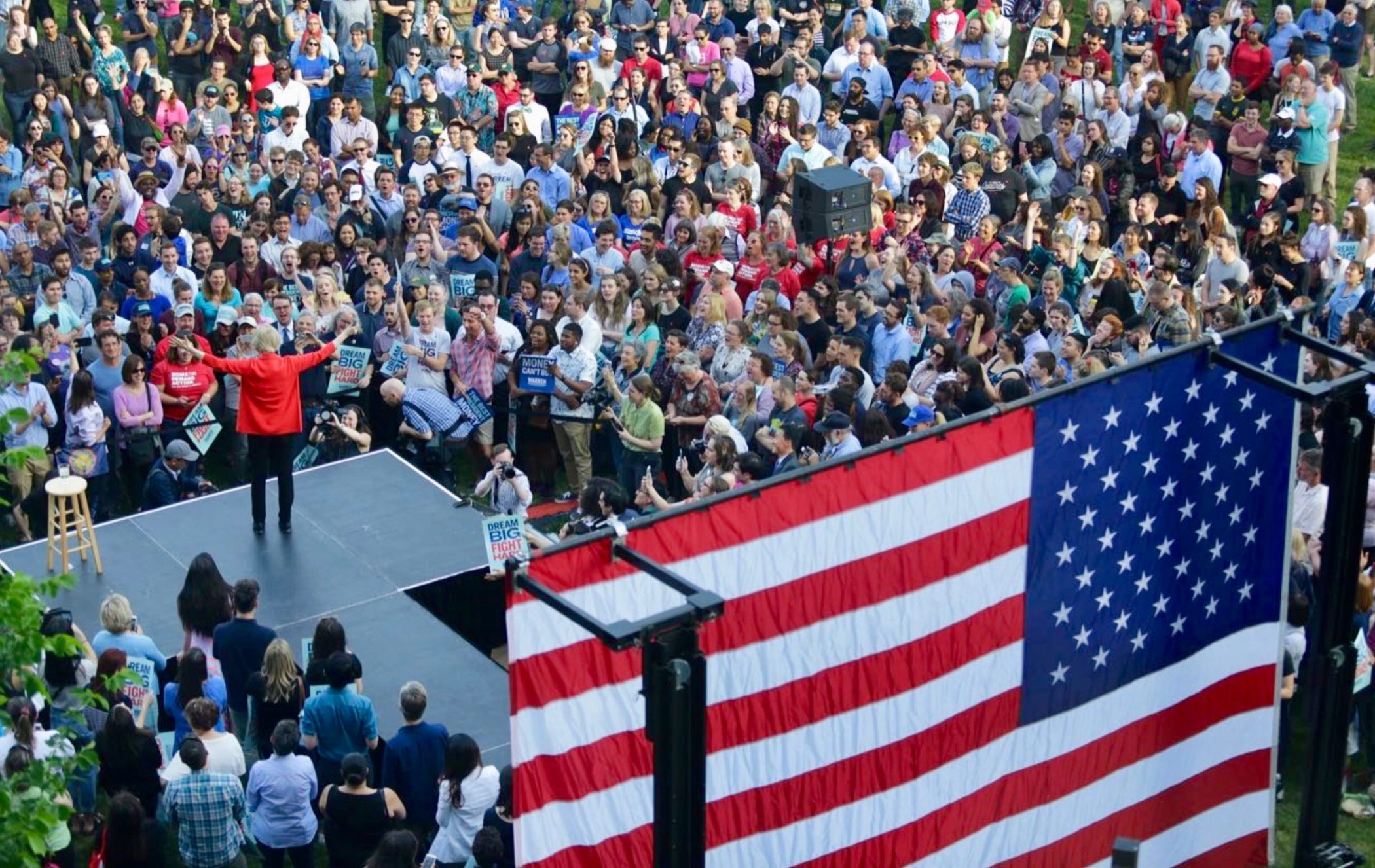 For the second time this presidential cycle, the most influential news reporter in early-voting South Carolina is mixing it up on social media with one of the candidates she covers.

The back-and-forth began when Warren posted a video response to the state of Alabama’s new abortion law, which was signed (and simultaneously declared unenforceable) by governor Kay Ivey last week.

“Republican men are on a march toward overturning Roe v. Wade,” Warren tweeted. “And thanks to Trump stacking the courts with anti-choice judges, they’re closer than ever. Women are scared, women are angry – and we have a right to be. If you’re an ally of women, now’s the time to make that clear.”

Are “Republican men” really trying to overturn this ruling, though?

Eh … not really. Certainly not in South Carolina.

And is Trump really stacking the courts with “anti-choice judges?

Anyway, Kinnard (above) took exception to Warren’s tweet – arguing that her attempt to frame this issue along gender lines was inaccurate.

“There are over 300,000 more female voters in South Carolina than there are men, yet South Carolina overwhelmingly elects candidates who oppose abortion,” Kinnard tweeted. “Regardless of how you stand on the issue, this ‘man vs. woman’ messaging is not based in fact or reality.”

Kinnard’s tweet drew a flurry of responses … as well as a news article on a prominent pro-life website.

Kinnard is no stranger to online scrapes with her subjects. Earlier this year, she mixed it up with U.S. senator Kirsten Gillibrand – whose 2020 candidacy has thus far failed to ignite.

We suspect this won’t be her last dust-up, either …

Then There Were 23: Bill de Blasio Joins Democratic Presidential Field