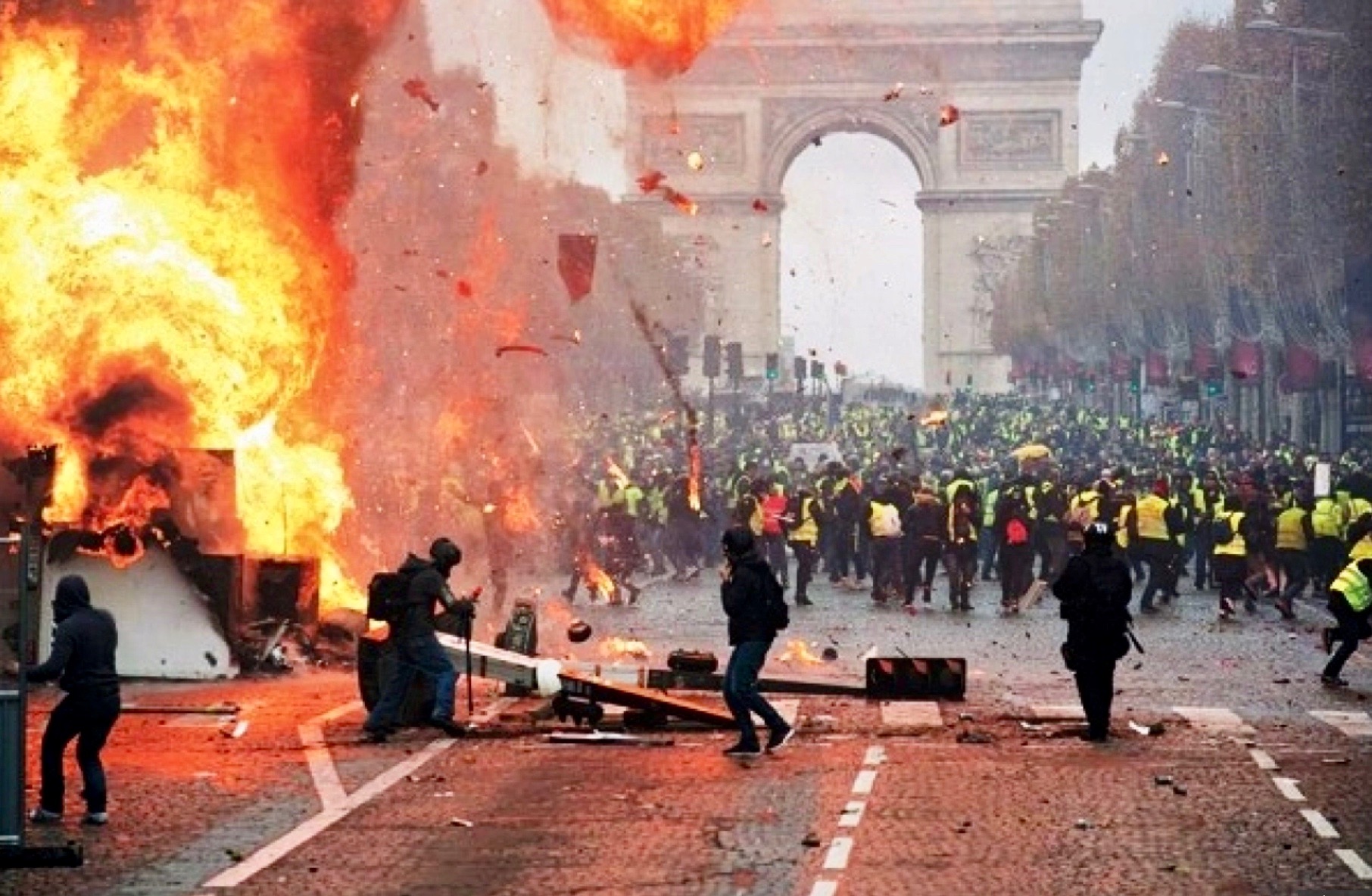 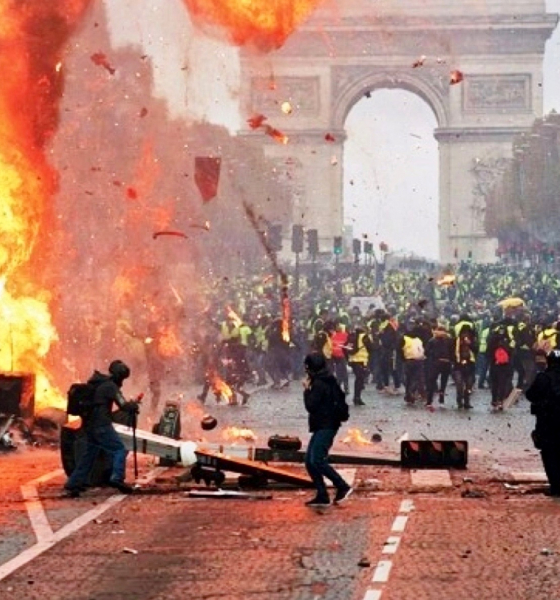 Staring down a popular rebellion, embattled French president Emmanuel Macron blinked on Tuesday … agreeing to suspend the imposition of a controversial tax hike package for at least six months.  Macron’s unfurling of the drapeu blanc (white flag) delivering a huge victory to the nation’s populist “yellow vest” protestors – who were preparing to step up their coordinated protests this week.

“No tax deserves to endanger the unity of the nation,” French prime minister Édouard Philippe announced in a live television address.

The yellow vest protests – which launched on November 17 – brought the “centrist” French government to its knees, forcing the suspension of a wide range of tax hikes scheduled to take effective within the coming weeks.

“One would have to be deaf and blind not to see or hear that anger,” Philippe added. “I hear it …. It is the anger of France who works hard and struggles to make ends meet.”

In response to this “anger” – which turned the streets of Paris into a war zone – the French government is suspending a scheduled 25 percent gas tax hike and raising the minimum wage by 3 percent.  The government is also temporarily shelving a separate utility tax increase scheduled to be implemented this winter.

Macron’s decision came after he mulled the imposition of a state of emergency in France – a move which could have led to harsh repressive measures against the gilets jaunes (yellow vests), a group of protesters which derives its name from the government-mandated roadside safety jackets all French motorists are required to keep in their vehicles. 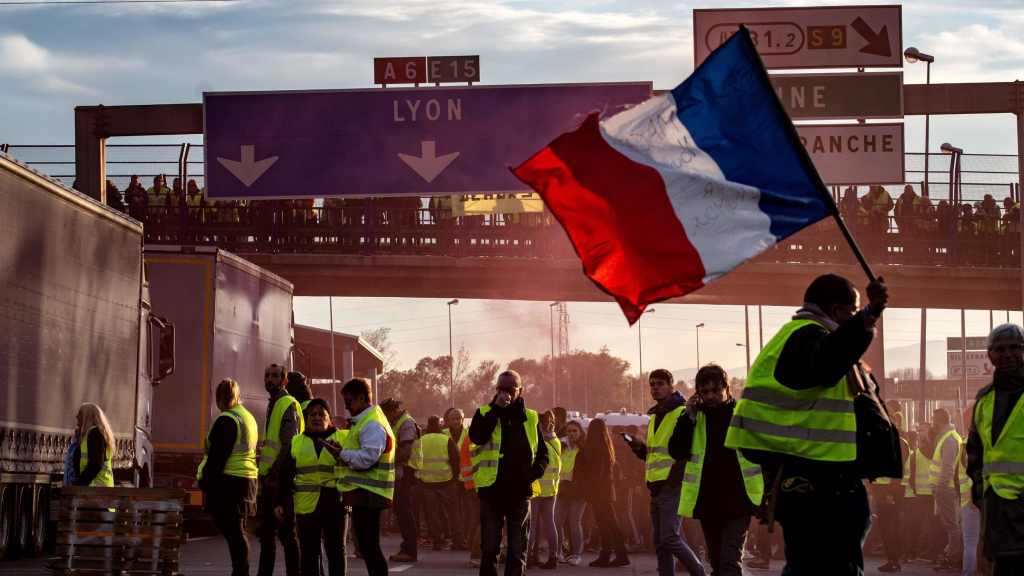 Will the president’s policy appeasement mute the populist protests?  Possibly … but not permanently.

One gilets jaunes leader, Benjamin Cauchy, told a French television station that he and his compatriots were “not satisfied.”

“This could have been done weeks ago, and we would have avoided all these problems,” he said.

Cauchy also indicated that defeating the tax hike proposals was just one part of the movement’s broader objective.

‘‘Our demands are much bigger than this moratorium,’’ he continued. ‘‘They’ve got to stop hitting the wallets of the small earners.  We want a better distribution of wealth, salary increases.  It’s about the whole baguette, not just the crumbs.”

Macron handily won France’s presidential election last spring over Marine Le Pen, leader of the conservative Rassemblement National (RN) party.  Le Pen was considered to be similar ideologically to U.S. president Donald Trump, although during her campaign she actually called out Trump for being insufficiently firm in his convictions.

Got something you’d like to say in response to one of our stories? Please feel free to submit your own guest column or letter to the editor via-email HERE. Got a tip for us? CLICK HERE. Got a technical question or a glitch to report? CLICK HERE. Want to support what we’re doing? SUBSCRIBE HERE.
Banner: @CrytoXChange