No, this is not a Saturday Night Live skit …

Would you like to own a “piece of American history?”  We’re not sure this is it, but …

Described as a “fearless, super-plush American grizzly,” Trumpy Bear has apparently sparked an economic renaissance for those appearing in its two-minute YouTube commercial.

“I’m a small business owner and business is great again,” one proud owner says in the clip.  “Thank you, Trumpy Bear!”

For just two “easy payments” of $19.95 (plus shipping and handling), you can similarly improve your lot in life and “show your patriotism” with Trumpy Bear – a gift that in addition to being great for the economy is also “great for all American holidays.”   This 22-inch tall stuffed animal – adorned with bushy blond eyebrows and Trump’s signature mane – comes with an “ultra-cozy, flag-themed blanket” tucked inside his back as well as a certificate of authenticity to verify that “you own an original Trumpy Bear.” 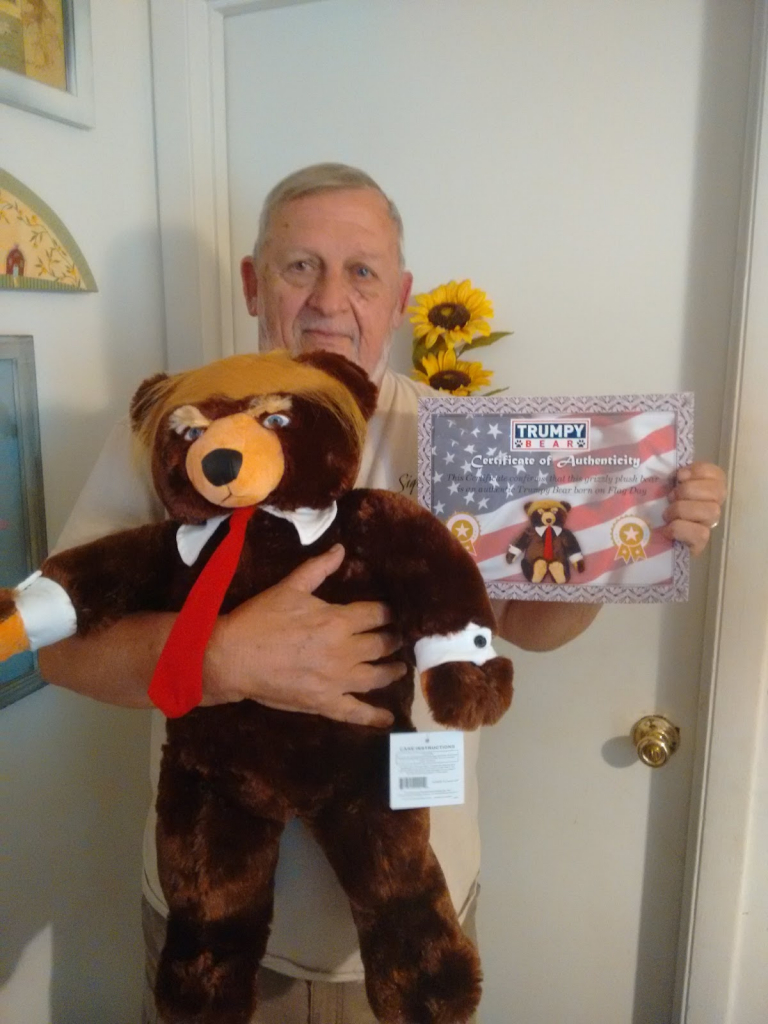 When we first saw the commercial for Trumpy Bear we were convinced it was some kind of spoof … a low-rent, Saturday Night Live-esque video.

“I legitimately can’t tell if this is a joke or not,” one YouTube viewer noted.  “This commercial is like having a fever dream.”

Another remarked that “I thought this was fake when I saw it on television.”

Trumpy Bear is for real, people ….

Not only that, we believe the marketplace potential of this item limitless.  Beyond its conventional appeal to legions of #MAGA-hat wearing GOP senior citizens eager to show their support for Trump and his policies, we can also see this bear getting scooped up by conservatives looking to troll/ trigger their favorite liberal frenemies.

Seriously … can you imagine U.S. senator Diane Feinstein opening up a Christmas gift box only to discover Trumpy Bear inside?

Similarly, we can see members of the “resistance” purchasing Trumpy Bears en masse for the purpose of burning in effigy.  Or perhaps even beheading.

Either way … talk about a wonderful gag gift opportunity …

Why American Life Expectancy Is Declining