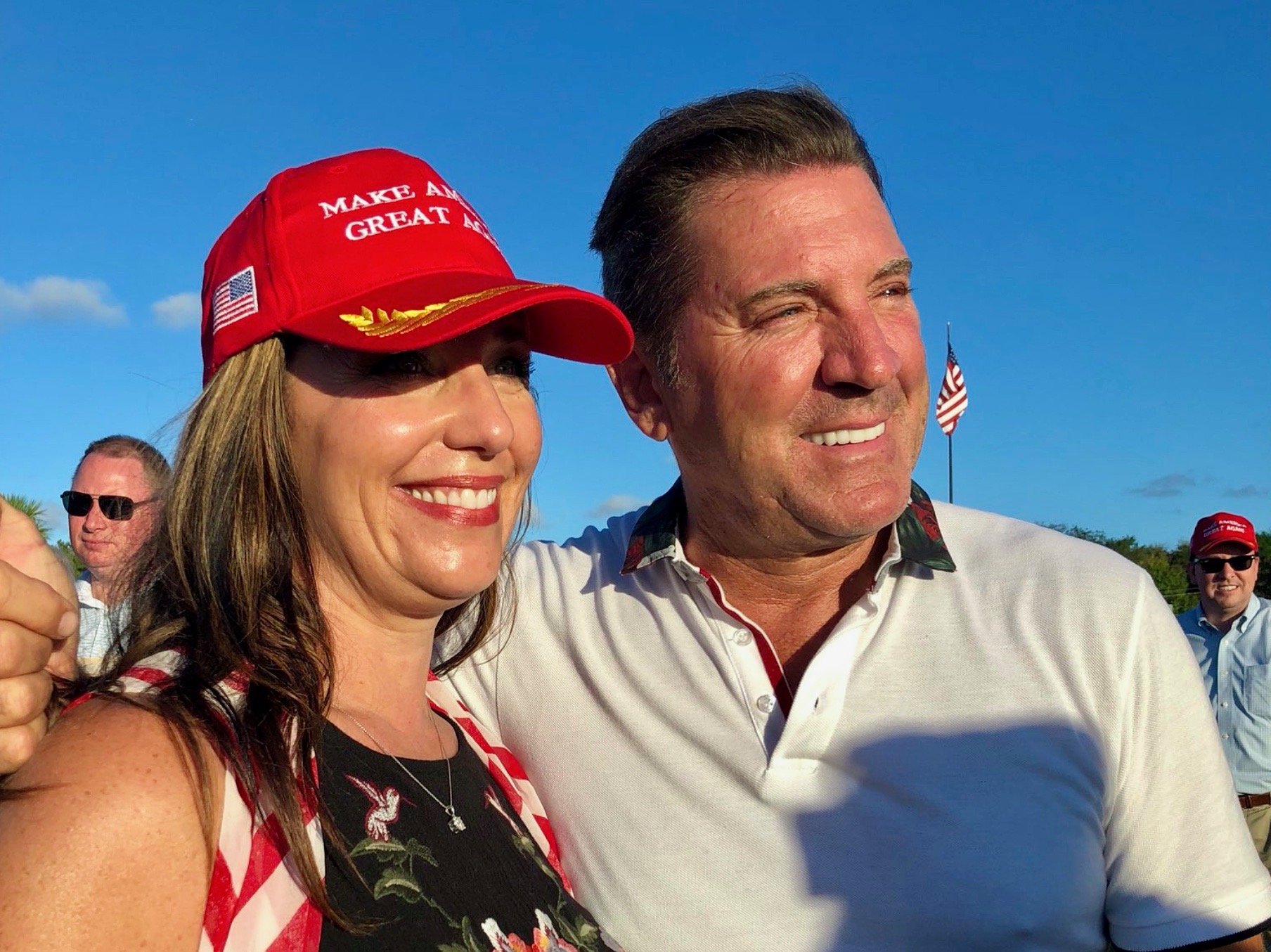 Bolling, 55, is a native of Chicago, Illinois.  He recently moved to the Palmetto State, where he has become active on behalf of conservative candidates and causes.

“I absolutely adore this state,” Bolling tweeted earlier this week while attending at a rally for U.S. congressional candidate Katie Arrington.  “Love at first sight!”

Bolling previously hosted “The Five” and “The Fox News Specialists” – although the latter show was canceled last September after Bolling resigned from the network amid a sexual harassment scandal.  This May, he launched a new program entitled “America” on CRTV.

“Be bold, be brash, be America,” the show’s announcement heralded.  “Bolling is back with the show the MSM wouldn’t put on cable TV.  It’s time for America to toughen up, stop whining, and get to work.  It’s America with Eric Bolling, only on CRTV.”

Prior to his television career, Bolling was a trader on the New York Mercantile Exchange specializing in natural gas, crude oil and gold, among other commodities.  A graduate of Rollins College, he played baseball at the school and was selected in the 22nd round of the 1984 draft by the Pittsburgh Pirates.  He appeared briefly with the franchise’s rookie league team – the Gulf Coast Pirates – but a torn rotator cuff prematurely cut short his career.

If Bolling decides to challenge Graham, he is likely to have plenty of company.  Greenville, S.C. businessman John Warren – who nearly knocked off “Republican” governor Henry McMaster of South Carolina in this year’s GOP gubernatorial runoff – is also said to be keenly interested in running against Graham, who is seeking his fourth six-year term in 2020.

As this news site has pointed out on numerous prior occasions, Graham is exceedingly vulnerable in 2020 – and with good reason.  That may be why the 63-year-old Central, S.C. native is angling so hard to get a post in the administration of Donald Trump – his erstwhile nemesis.

South Carolina GOP primary voters certainly appear to be done with the fiscally liberal warmonger, although the election is still a long way off … and as we have seen in previous election cycles Graham is adept at counting the years to maximum political advantage.

Also, Trump had kind words for Graham during his last stop in the Palmetto State in late June – prompting some to suggest a “rehabilitation effort” was underway.

Still, we believe Graham’s latest “flip” – an effective endorsement of the controversial 1973 Roe v. Wade decision legalizing abortion-on-demand – could be a bridge too far with South Carolina “Republicans.”  No matter who is supporting Graham – or much money he has in his campaign war chest – those are the sort of positions you cannot walk back.

This news outlet has consistently opposed Graham – who was exposed by Wikileaks as U.S. president Barack Obama’s “best GOP ally.”

A longtime amnesty advocate, tax-hiker and key driver of the progressive narrative in our nation’s capital, we believe Graham has been dangerously wrong on the issues (especially when it comes to his perpetual embrace of a militant, interventionist foreign policy).

Got something you’d like to say in response to one of our stories? Please feel free to submit your own guest column or letter to the editor via-email HERE. Got a tip for us? CLICK HERE. Got a technical question or a glitch to report? CLICK HERE. Want to support what we’re doing? SUBSCRIBE HERE.
Banner: @EricBolling