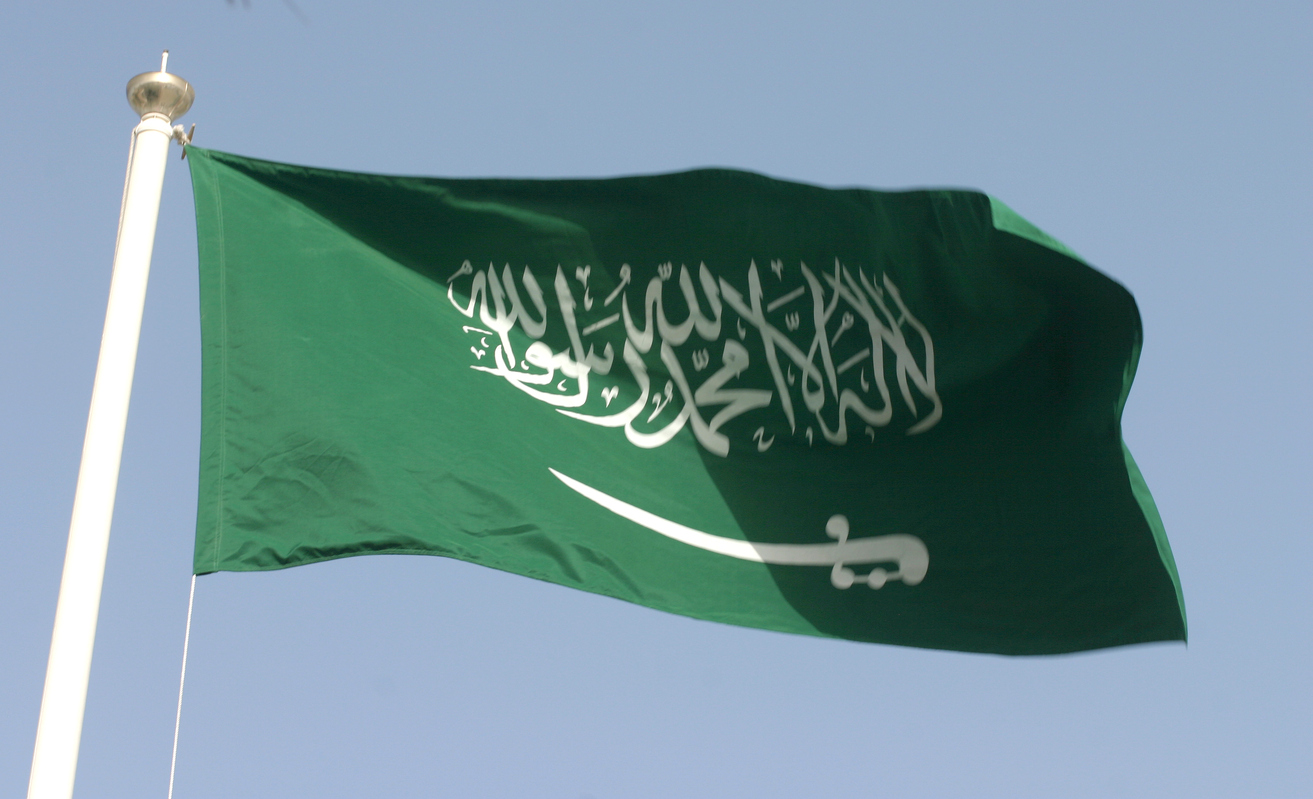 OUR PARTNERS IN “PEACE” GET FIRST PRESIDENTIAL VISIT …

You know the Saudis, right?  They’re our partners in peace … well, except when they are funding the Islamic State in Iraq and Syria (ISIS).  Or trying to get us to take out the regime of Syrian president Bashar al-Assad.

As we’ve previously noted, Saudi Arabia has an abysmal record on human rights (especially with regard to its treatment of women) and routinely goads America into costly interventions abroad.

How do we respond?  By doing their bidding.  Hell, former president Barack Obama literally bowed to the late King Abdullah.

Saudi Arabia just got appointed to the United Nations’ Commission on the Status of Women – which bills itself as “exclusively dedicated to the promotion of gender equality and the empowerment of women.”

Women aren’t allowed to drive in Saudi Arabia, people.  Their testimony in court is valued at half that of a man’s (which means if a woman witnesses another woman getting raped by a man, the rape victim is SOL).

Even worse, rumors abound that Trump’s visit to Saudi Arabia will include dealmaking for “a massive missile defense system as well as civilian nuclear technology.”

That’s according to Mike Cernovich, who is also reporting that the Kingdom will “obtain technology to build civilian nuclear reactors” as part of the deal with Trump.

For “peaceful” purposes, we’re sure.

The developments are the latest evidence that warmongering neoconservatives loyal to the previous GOP administrations of George W. Bush and George H.W. Bush are driving American foreign policy right now.

“The Bush family has been in the tank for the House of Saud since George I was CIA director,” one veteran national operative told us.  “This is about money and power and nothing more.  The globalists that Bushes 1 and 2 installed and promoted are simply doing what they were taught to do – bind the Saudis and the U.S. tight as can be and give the Saudis whatever they want – which is the only reason we are even thinking about Syria.”

But why is Trump going along with it?  Seriously … he was elected president based on an “America First” platform which held that the United States couldn’t (and shouldn’t) play the role of the world’s policeman any longer.  In fact Trump defeated one-time GOP frontrunner Jeb Bush and a host of other warmongering “Republicans” based in no small part on that platform.

This non-interventionist foreign policy was also one of the chief reasons we endorsed Trump (twice).

Moreover, Saudi leaders openly vilified Trump during his 2016 campaign, with Saudi crown prince Alwaleed Bin Talal – who allegedly has ties to terrorist organizations – calling Trump “a disgrace not only to the GOP but to all America.”