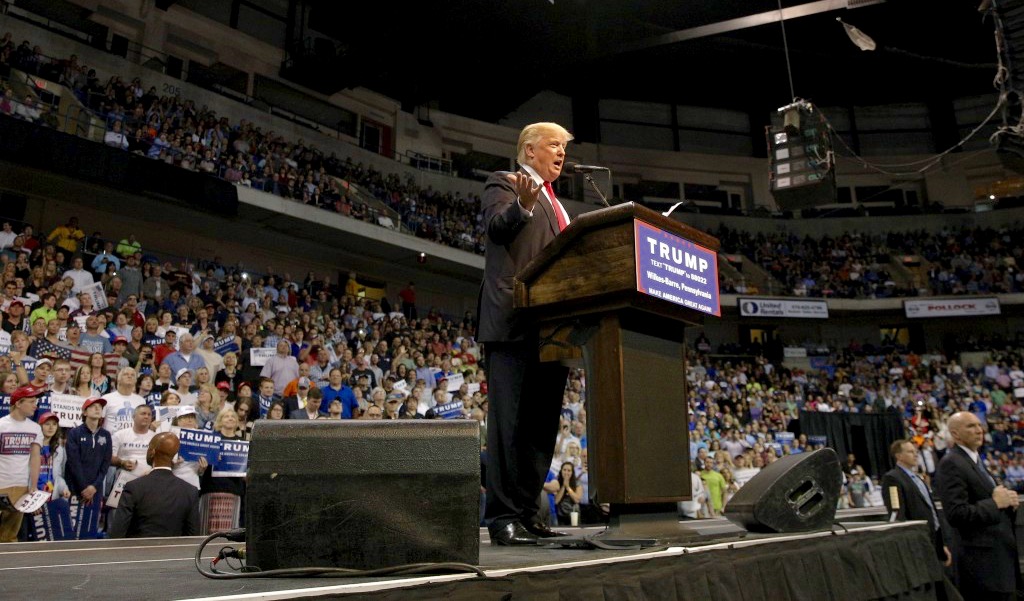 Brimming with confidence in the aftermath of the “Brexit” – Great Britain’s surprise decision to leave the European Union – presumed GOP presidential Donald Trump seized upon the populist energy advanced by the big anti-corporatist, anti-globalist vote.

In a speech delivered in the heart of Pennsylvania steel country, Trump took direct aim at the rigged trade deals that have eviscerated the American economy over the past few decades.

Trump’s opposition to rigged trade agreements is nothing new.  In fact, he spelled it out over a year ago.

Obama continues to push this bought-and-paid-for trade agreement even though exceedingly-optimistic government studies have shown it would be an economic wash – at best.

Trump also took aim at presumed Democratic nominee Hillary Clinton – who is every bit as bought-and-paid-for by the status quo as “Obamatrade.”

“The people who rigged the system are supporting Hillary Clinton because they know as long as she is in charge nothing will ever change,” Trump said.

That’s true.  In fact as Trump was delivering his populist indictment of Clinton in the industrial heart of one of the most important 2016 swing states, the Democratic party was voting not to oppose “Obamatrade” in its upcoming party platform.

Instead, Democrats adopted a resolution acknowledging “a diversity of views” on the issue.

Yeah … good luck selling that message to tens of millions of out-of-work Americans.

Trump’s argument was echoed during the Democratic primary by independent socialist U.S. Senator Bernie Sanders of Vermont – who repeatedly slammed Clinton for her fealty to the status quo while decrying the “disastrous” consequences of “Obamatrade.”

“The Democratic Party must go on record in opposition to holding a vote on the trade deal during the lame-duck session of Congress and beyond,” Sanders said this week in response to his party’s attempt to dodge the issue.

While Democrats bobbed and weaved, Trump was landing blows.

“The legacy of Pennsylvania steelworkers’ lives is the bridges, railways and skyscrapers that make up our great American landscape,” he said.  “But our workers’ loyalty was repaid with betrayal. Our politicians have aggressively pursued a policy of globalization — moving our jobs, our wealth and our factories to Mexico and overseas. Globalization has made the financial elite who donate to politicians very wealthy. But it has left millions of our workers with nothing but poverty and heartache.”

Damn right, he is.  This website has written extensively on how bad Obamatrade would be for America (see HERE and HERE) and bad for South Carolina (HERE and HERE).

Bottom line? Rigged trade deals have outsourced jobs, collapsed income levels and helped grind economic growth in the United States to a standstill.  Meanwhile the lofty promises of “free trade” – which this website once reflexively embraced – have failed to materialize.

Most notably, promised reductions in the cost of goods have not kept pace with lost wages – making it much harder for middle and lower-class taxpayers to get by.

“A Trump administration will change our failed trade policies and I mean quickly,” Trump vowed.