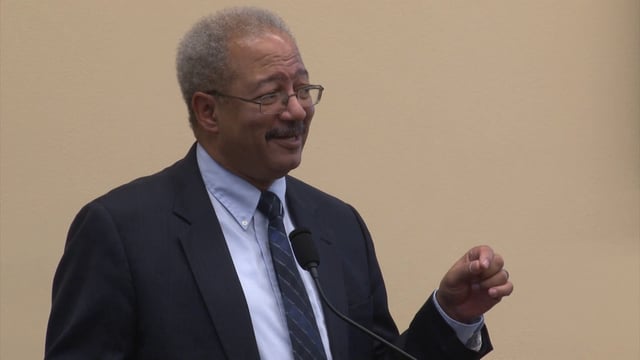 WILL HE BE HELD ACCOUNTABLE?

|| By FITSNEWS || Liberal U.S. Rep. Chaka Fattah of Pennsylvania was indicted this week on a litany of corruption charges stemming from his unsuccessful campaign for mayor of Philadelphia in 2007.

The veteran congressman – who has represented the Keystone State’s second district (a.k.a. Philly) since 1995 – faces bribery, fraud and racketeering charges related to a $1 million off-the-books loan made to his failed mayoral bid.  Fattah’s longtime aide and close confidante Gregory Naylor pleaded guilty to racketeering charges last year in connection with the loan.

According to federal prosecutors, Fattah and his co-conspirators fabricated contracts, falsified accounting records and lied on federal tax returns.

The most damning component of the scandal?  The allegation that Fattah conspired to use federal grant money to repay his secret loan – the proceeds of which went toward all sorts of non-campaign related purposes.

“By misusing campaign funds, misappropriating government funds, accepting bribes and committing bank fraud, as alleged in the Indictment, Congressman Fattah and his co-conspirators have betrayed the public trust and undermined faith in government.”

Fattah is also accused of attempting to reward a lobbyist with a federal appointment in exchange for an $18,000 bribe.

Last fall, The Philadelphia Enquirer published a story which revealed that “nonprofits founded or supported by the Philadelphia congressman have paid out at least $5.8 million to his associates, including political operatives, ex-staffers and their relatives.”

“Three people who had ties to the organizations were later convicted of federal crimes,” the report added.

Fattah has consistently maintained he had  “never been involved in any illegal conduct” nor “misappropriation of taxpayer funds.”

So … will Fattah have to resign from office?  Or will he play the race card like Charlie Rangel and get off scot-free?