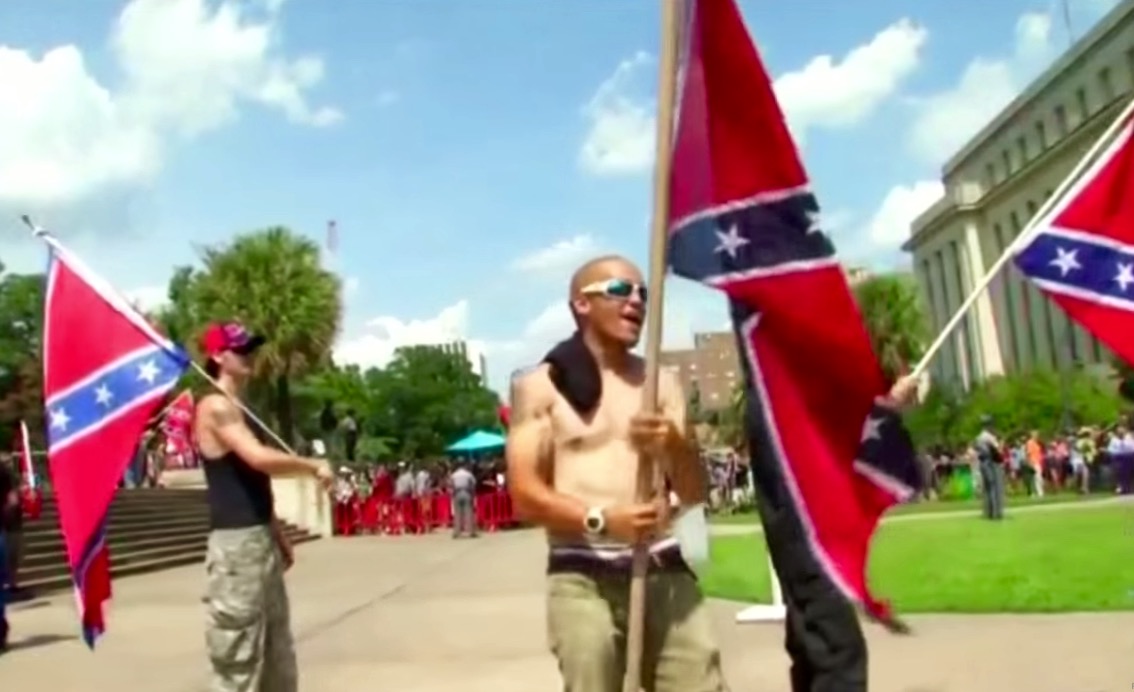 || By FITSNEWS || The S.C. State House was the site of dueling rallies last weekend … one featuring a North Carolina-based chapter of the white supremacist group Loyal White Knights of the Ku Klux Klan, the other featuring the black nationalist New Black Panther Party.

Hold up … isn’t the debate over the Confederate flag over?

Nonetheless, sixty or so Klansmen (and women) marched on the South Carolina capital on Saturday – attracting a crowd of more than 2,000 people to their demonstration.  Hundreds of law enforcement agents were also on hand to monitor the gathering, refereeing dozens of minor scuffles between participants.

The good news?  No one died – or was seriously injured.  In fact there were only a handful of arrests.

“The spectacle had the appearance of some terrible play, or maybe a parking-lot brawl, only instead of actors or drunk teenagers, you had what once were America’s most feared and dangerous white supremacist group waving Confederate flags, one Nazi flag, and tearing up the flag of Israel,” wrote James Yeh for Vice.com. “Another supporter, wearing a white tank top and camo pants, pantomimed gorilla gestures at black protesters.  It was all a part of a belligerent if somewhat effective middle finger aimed at just about anyone who wasn’t white and in favor of the flag.”

Judging by the clip above, nobody redeemed themselves at this event … nobody.

We respect any organization’s right to assemble, but we loathe the scapegoating, fear-mongering racism of groups like the KKK and the Panthers.  Both exist for the sole purpose of dividing people who ought to be fighting together.

The enemy isn’t white, black – or any shade in between.  The enemy is a constantly encroaching government which takes hard-earned income from the working poor and middle class and gives it to the lazy power and the uber-wealthy.

While taking liberty from all of us …

When are dirt poor South Carolinians going to figure that out?

Another Video From The KKK, Black Panther Rallies