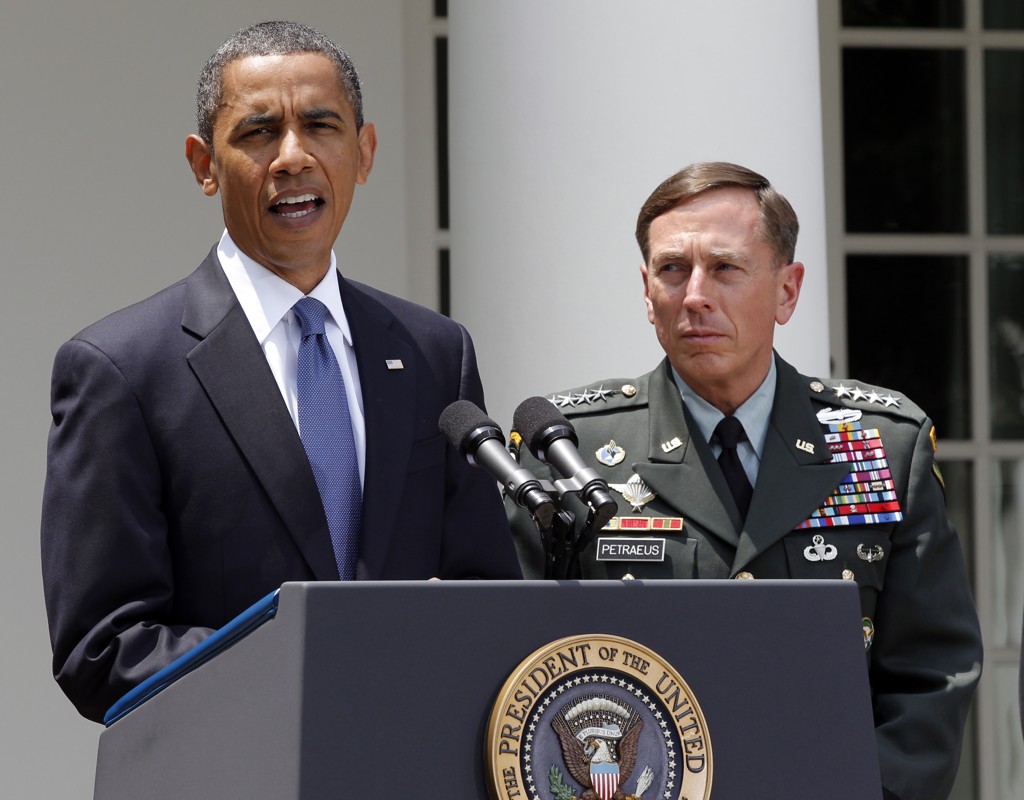 || By FITSNEWS ||  David Petraeus – the former U.S. military leader and spy chief – was sentenced to a mere two years probation and fined $100,000 after he leaked binders full of classified information to his mistress and lied about it to the Federal Bureau of Investigation (FBI).

He will not see a single day behind bars …

Amazing isn’t it?  “Wrist, slapped.” Just the sort of “justice” you’d expect to be doled out to the well-connected in a country where all of us are supposed to be equal under the law.

Petraeus – who pleaded guilty to a misdemeanor “mishandling” of materials charge – resigned as Barack Obama’s Central Intelligence Agency (CIA) chief back in November 2012 after it was revealed he was sleeping with his biographer, Paula Broadwell.  That affair exposed a culture of salaciousness among America’s military brass – those responsible for prosecuting our nation’s increasingly expensive, eternally ineffective “War on Terror.”

Petraeus was appointed by Obama to lead U.S. forces in Afghanistan in June 2010 after general Stanley McChrystal was relieved of his command.  In April 2011 Obama tapped Petraeus to lead the CIA when its prior director Leon Panetta took over as Secretary of Defense.

He was an unmitigated failure in both posts …

Today?  He makes millions of dollars a year working for KKR – a company formed from the ashes of Bear Stearns that specializes in leveraged buyouts.

Still, Petraues’ sentence is being described by at least one legacy media outlet as being “too much.”

“A hero of the war in Afghanistan, the man who developed much of what the Pentagon now relies upon as tactics for fighting counter-insurgencies, the inventor of ‘the surge’ that saved countless American and Iraqi lives and turned the tide during the closing days of the Bush administration’s oversight of this nation’s post-war commitment in Iraq, Petraeus must now begin the process of restoring a reputation badly damaged by an all too human failing,” Peter Roff of U.S. News and World Report wrote.

Roff added Petraeus’ crimes were far less severe than those committed to “low- and mid-level employees inside the U.S. intelligence community who turn over information that jeopardizes ongoing national security operations to reporters, researchers and professional paranoids who are always looking for ways to confirm the government is up to no good.”

Former CIA operative Ray McGovern referred to Petraeus as “Too big to jail.”

“The leniency shown (Petraeus) by the Justice Department in sparing him prison time for the serious crimes that he has committed puts him in the same preferential, immune-from-incarceration category as those running the financial institutions of Wall Street, where, incidentally, Petraeus now makes millions,” McGovern wrote.  “By contrast, ‘lesser’ folks – and particularly the brave men and women who disclose government crimes – get to serve time, even decades, in jail.”

Ron Paul: The Real War On The Middle Class