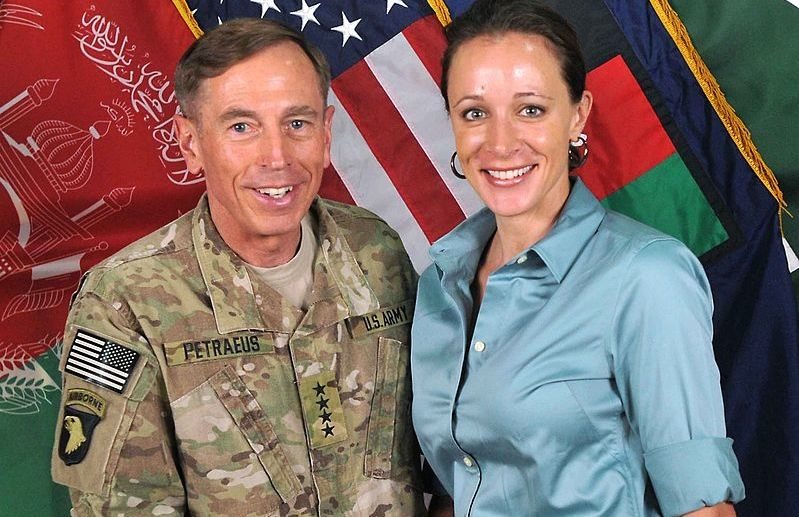 || By FITSNEWS || Disgraced general David Petraeus – who resigned as Barack Obama’s Central Intelligence Agency (CIA) chief back in November 2012 – has pleaded guilty to a misdemeanor charge of mishandling classified information.

Petraeus is accused of leaking binders of classified materials to his mistress/ biographer Paula Broadwell – whose affair with the general exposed a culture of salaciousness among America’s military brass.  He’s also accused of lying to the Federal Bureau of Investigation (FBI) about his, um, “leaks” to Broadwell – which are said to have included notes from Petraeus’ meetings with Obama, among other sensitive information.

Of course if a federal judge signs off on his plea deal, Petraeus would only get two years of probation.  No jail time.  Oh, and he would also avoid an embarrassing public trial.

We wonder … will the same deal will be available to NSA whistleblower Edward Snowden?  After all, he leaked classified information in the name of protecting individual liberty (as opposed to Petraeus’ shameless self-aggrandizement).  And he admitted it.

Oh well … we suspect Snowden won’t be treated so leniently by the federal government seeing as he was trying to expose corruption, as opposed to being part of it.

Petraeus was appointed by Obama to lead U.S. forces in Afghanistan in June 2010 after general Stanley McChrystal was relieved of his command.  In April 2011 Obama tapped Petraeus to lead the CIA when its prior director Leon Panetta took over as Secretary of Defense.

He was an unmitigated failure in both posts …