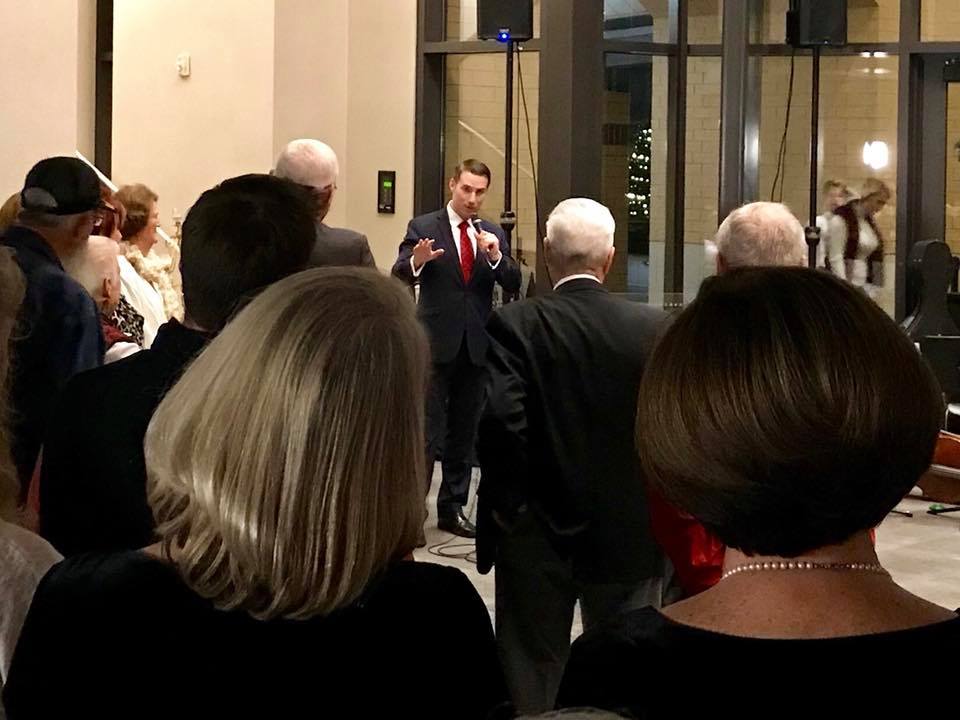 In a contested race for an Upstate South Carolina legislative seat, the GOP challenger is raising more money than the incumbent …

Army Ranger Bobby Cox – who parachuted into politics last November (literally) – reported raising $25,000 during his first quarter as a candidate for S.C. House District 21 (map).  That’s more than the $21,000 raised over the same period by incumbent “Republican” Phyllis Henderson, who has represented this seat since December 2010.

Henderson still enjoys a 2-to-1 advantage over Cox in cash on hand, but the Upstate businessman is clearly going to give the fourth-term lawmaker a run for her money.

Cox, 37, has made ethics reform the centerpiece of his candidacy.  As part of that platform, he has pledged to serve no more than four two-year terms in the State House.  He has also pledged to donate his state salary to Upstate veterans organizations – “especially those that help in combatting the opioid crisis in our veterans community.”

“We need to clean up the state house, fight for term limits, and get real ethics reform passed,” Cox said in a statement announcing his fundraising totals. “These initial campaign fundraising numbers helps us to spread our conservative pro-reform message to the voters and demonstrate growing momentum for our cause.”

We noted last summer that Henderson was vulnerable, and Cox’s headline-grabbing announcement and impressive résumé positioned him right off the bat as a credible challenger.  These fundraising numbers will only boost Cox’s standing, we predict.

Obviously this is one of the State House races we will be following closely seeing as it represents a rare example of a competitive challenge to a sitting lawmaker.

To follow our coverage of all the upcoming legislative races, be sure to click our #SCStateHouse tag.