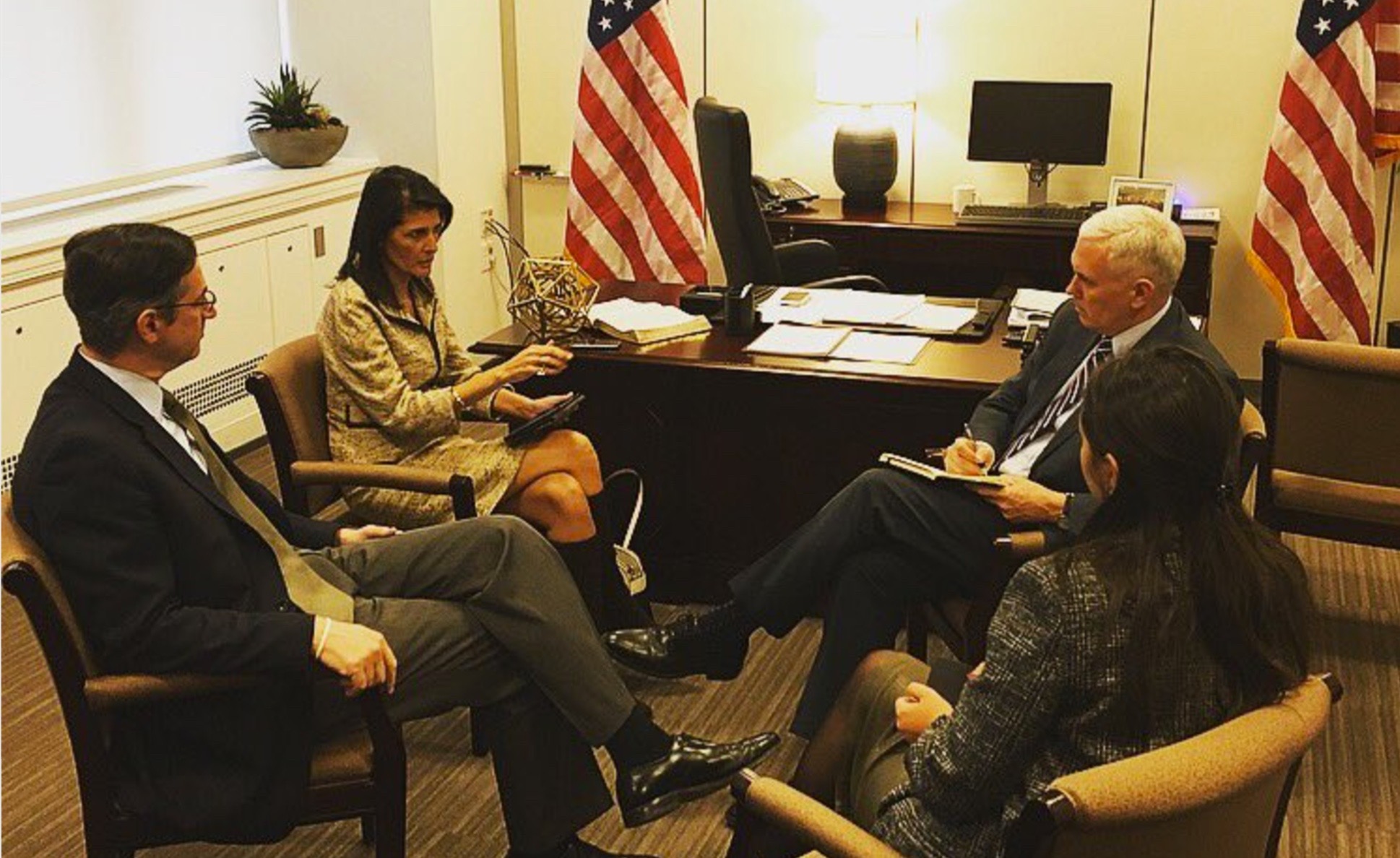 S.C. governor Nikki Haley is taking her longtime political advisor with her to the United Nations, several sources close to the ambassador-to-be tell FITSNews.

Haley – herself a surprise choice for her new job – has reportedly tapped left-leaning establishment GOP consultant Jon Lerner (above, far left) to lead her diplomatic office, offering him the position of head deputy ambassador.

Lerner – who also advised Haley’s infamous predecessor, Mark Sanford – was last spotted gaining her endorsement for the 2016 presidential bid of fiscally liberal, pro-amnesty U.S. Senator Marco Rubio.  Sources tell us the Maryland-based advisor will give up his consulting practice to join Haley in New York.

Both Haley and Lerner were heavily invested in the #NeverTrump movement – a failed effort to upend the candidacy U.S. president-elect Donald Trump.

Haley was one of the leading attackers of the president-elect, while Lerner was on the payroll of the Conservative Solutions PAC, which raised $30 million last year in support of Rubio’s presidential ambitions.   Not only that, he’s been a consultant for the Club for Growth – a group which spent big bucks bashing Trump’s campaign.

Like we’ve said before … Trump clearly keeps his friends close and his Republicans closer.