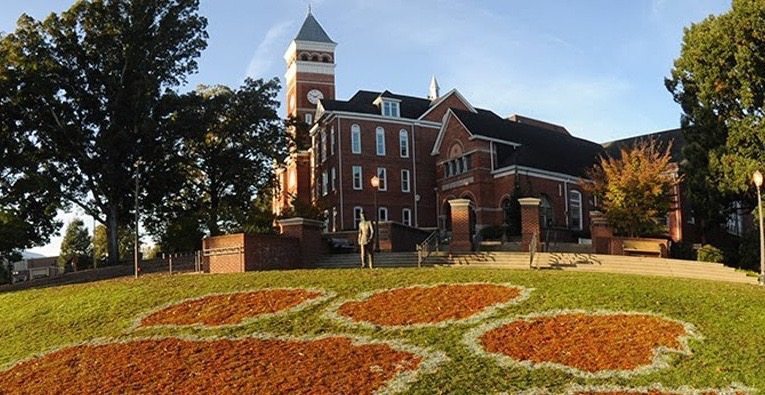 Recently, Clemson students have been the victims of a smear campaign. Individuals on social media and around campus have claimed that the Clemson student body is racist.  On Monday, April 11, a controversial image surfaced on social media.  The image circulated online displayed four bananas hung on a poster dedicated to Clemson’s African-American heritage.  In the following nine days of protest, five students were arrested and the administration mandated new diversity and inclusivity training for all students and faculty.

Since campus wide unrest was the direct result of the four bananas being hung it seems natural to ask who hung the bananas and what their motivations were.  The Clemson administration knows the answers to these questions, but has not revealed them.  The only thing most people on campus are aware of is the suspicious behavior and activity from the administration and the student protest leaders.

This leads to more questions than answers.

A few days after the protest began, it was brought to the administration’s attention that the code of conduct was being neglected with regards to the protests.  In order to maintain order on campus, the administration reluctantly enforced these regulations.  However, before the #Clemson5 received tickets for trespassing, it is rumored that certain administrators met with these students in order to plan out the event.

Did the administration play a role in building the narrative of martyrdom among these criminals?

Alesia Smith, director of the Office of Community and Ethical Standards, had a conflict of interest in doing her duties, since she was in charge of investigating the #Clemson5, one of whom was her son.  When pushed on this issue, she claimed to have recused herself at the time, but why was this issue not brought to light?  In fact, when Mrs. Smith was confronted at the administrative building on April 21st, she refused to admit there was a conflict of interest.  If she had recused herself, why was she not open about this?

As it turns out, no charges (criminal or disciplinary) were brought against this student.  If the act was supposedly so racist that the administration has decided to start assigning mandatory diversity and inclusivity training to faculty and students, then why was the individual not sanctioned?  And if the individual was not sanctioned because she or he did not place the bananas in an act of racism, why are administrators and student activists still claiming the campus has a racially discriminatory environment?

Suspiciously, the identity of the student who posted threatening messages to Yik Yak was released to the public, amid calls for the university to do so.  Yet, the identity of the person who placed the bananas is being kept a secret. Why are they so interested in this banana vandal’s privacy?

Finally, only one picture exists of the bananas at all.  Who took this picture?  When did the bananas come down?  Who took them down?  In the police report it is noted that an email was sent to the University police.  Who sent this email?  The individual who is cited in the school newspaper as taking the picture of the bananas, posted the picture two hours after the social media account of “See the Stripes”- the group that organized the Sikes Sit In protest – had posted the image to begin a viral hashtag campaign.

As Clemson students, we expect the university administration to protect our reputations and the value of our degrees.  We expect them to help dispel this smear campaign that has grown on Clemson’s campus, a campaign built on questionable claims and perpetuated by a suspicious set of circumstances.

The university must act quickly and decisively to resolve these questions; they cannot remain silent any longer.  As students, we are hurt by this administration’s failure to protect our reputation, and we expect that they will do what is right and reveal the truth.

If it turns out that the person who placed the bananas did so with racist intentions, then he or she should be held responsible.  If this is not the case, then the administration has willingly participated in a smear campaign against the student body.  The administration must make right the lies that have been told, and make open the information which has been kept secret.

The six signatories of this editorial are students at Clemson University.

Jeff Duncan Still In The Mix For 2018 Gubernatorial Bid