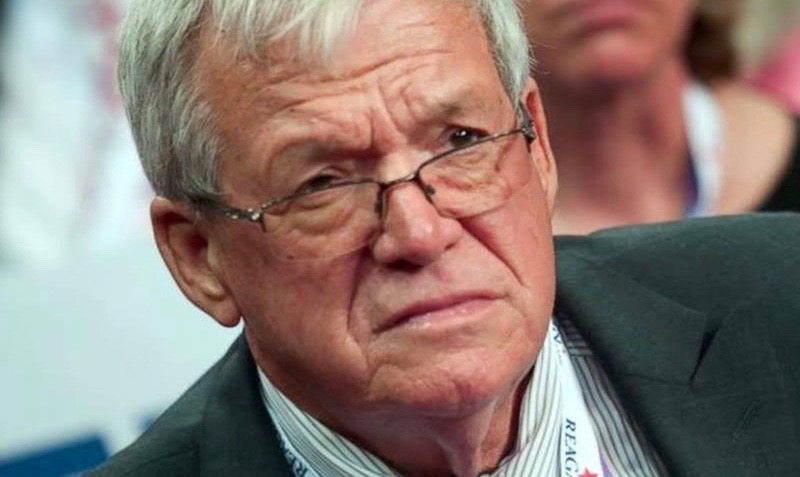 RUBBING THE GROIN OF A HIGH SCHOOL STUDENT ISN’T ABUSE?

Attorneys for disgraced former “Republican” Speaker of the House Dennis Hastert are arguing that the former high school wrestling coach was not molesting young male athletes when he gave them groin rubs in motel rooms forty years ago.

“While undoubtedly many would consider this episode as described by (the victim), consisting of a groin rub for a groin pull and a massage, to be misconduct, we are not so certain that the incident qualifies as sexual misconduct, especially for a coach and trainer forty-two years ago,” Hastert’s attorneys wrote in a court filing this week.

And lawyers wonder why people hate them …

Federal authorities have identified at least five of Hastert’s victims (two of whom he will face in court this week).  They’ve also revealed the depths of his depravity – including installing a La-Z-Boy chair outside the locker room showers at Yorkville High School so he could watch young boys “horseplay.”

Hastert hasn’t been charged with any sex-related crimes.  Apparently there is a statute of limitations on those in Illinois.  Instead, he’s being sentenced in connection with concealing payments made from 2010-14 “in order to compensate for and conceal his prior misconduct.”

Hastert, 74, attempted to mislead investigators regarding these payments – which amounted to $1.7 million – alleging that he was being blackmailed over false allegations.

Hastert could face up to five years in prison for his financial misdeeds, and the judge in the case has indicated his dishonesty in dealing with investigators will be considered an “aggravating factor” in his sentencing.

Frankly we believe Hastert should serve every second of those five years … not just for what he did to these children, but for what he did to the country.  Hastert presided as Speaker from 1999-2006, during which time he oversaw the massive expansion of the federal government.  Under his “leadership” debt soared, entitlements exploded, global interventionism ran amok and corporate cronyism reigned supreme … all leading to a painful economic recession and the ushering in of uber-liberals Nancy Pelosi and (later) Barack Obama.

Seriously, we hope they throw the book at this guy …

Related Topics:Dennis Hastert
Up Next

A Voting Lines Lawsuit? Must Be Nice