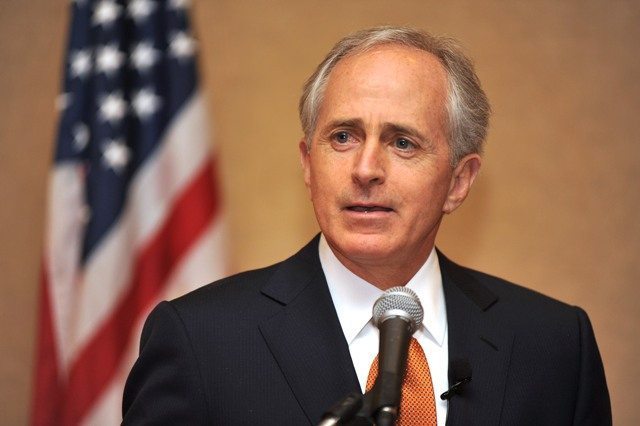 By deceptively redefining this agreement, Corker turned a guaranteed defeat into a guaranteed win for Obama.  Then he had the audacity to say he “tried so hard” to defeat the deal.

While we don’t especially care about Iran’s nuclear capabilities, Corker’s duplicity was vintage Washington, D.C. two-stepping … in which “Republicans” say one thing then do another.

The latest on Corker?  According to a new report from The Wall Street Journal, the third-ranking member of the Senate’s banking committee “failed to properly disclose millions of dollars in income from real estate, hedge funds and other investments since entering the Senate in 2007.”

It’s all good, though, because Corker has apparently “corrected this oversight” – which is to say he filed amendments to his prior reports after getting busted.

Seriously … he filed the amended returns three days ago …

Corker defeated then-U.S. Rep. Harold Ford Jr. in 2006 and won reelection to the Senate convincingly in 2012.