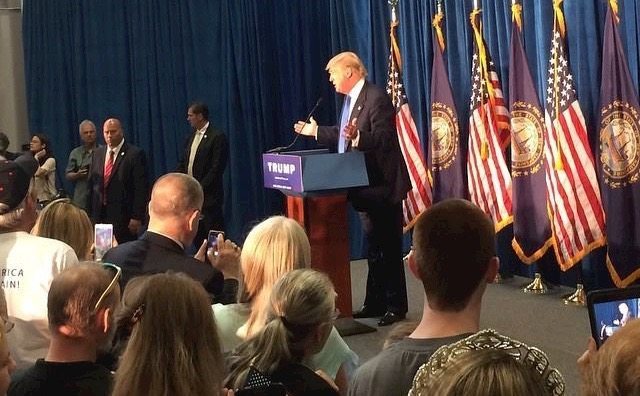 || By FITSNEWS || If Donald Trump‘s 2016 presidential campaign is a joke, somebody forgot to tell “Republicans” in early-voting New Hampshire.

“We continue to excel in the Granite State, where my message resonates strongly with the hard working people of New Hampshire, who like me, want to Make America Great Again,” Trump said in a statement from his campaign office.

“Jeb Bush continues to lead, but Donald Trump has emerged as an anti-Jeb Bush alternative in New Hampshire,” said David Paleologos, director of the Suffolk University Political Research Center in Boston. “Many of those who like Trump are voting for him, and although many more dislike him, the unfavorables are split up among many other candidates. It’s the politics of plurality.”

How does the rest of the field stack up in New Hampshire?

Meanwhile a whopping 29 percent of respondents indicated they were “undecided.”

For those of you keeping score at home, Suffolk surveyed 500 likely New Hampshire Republican presidential primary voters between June 18-22, 2015, using live telephone interviews and a split sample of landline and cell phone numbers.  The survey’s margin of error is plus or minus 4.4 percent.