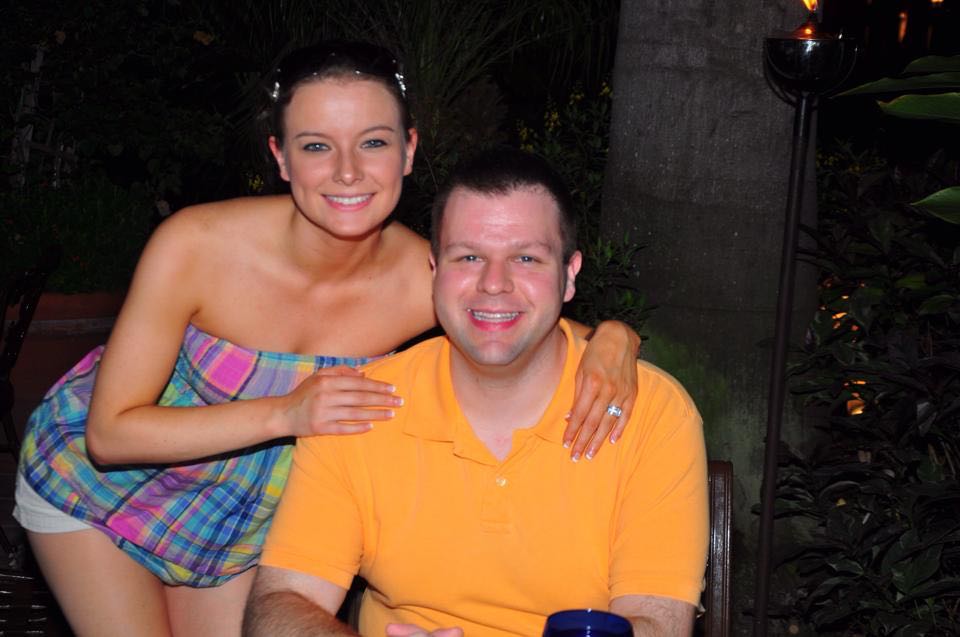 And it isn’t pretty …

Kincannon – the self-described “honey badger of American politics” – saw his marital issues explode onto the national stage last week.  Specifically, Lexington police responded to a bizarre incident in which he is accused of threatening Griffith and physically grabbing her so as to prevent her from escaping his vehicle.  According to a police report, Kincannon – whose deliberately provocative social media presence has made him a pariah to the far left – also made threats to kill himself, Griffith and her family.

As a result of this incident, deputies are in process of determining whether to press kidnapping charges against Kincannon – a prominent local attorney.

Kincannon claims he doesn’t remember last week’s incident – citing an “accidental overdose” of the prescription drug Benzonatate (which he says he took to help him deal with an upper respiratory infection).

Of course Griffith told police Kincannon “has made several threats in the past to kill himself, her, and her family” – and that she had preserved recordings of several such threats.

Now a source close to the investigation tells FITS that more than forty-eight hours of such recordings exist – as well as photographic evidence of possible domestic abuse sustained by Griffith.

“Its a treasure trove,” the source told FITS.

In one of the clips – obtained exclusively by FITS – Kincannon tells Griffith he will have his “revenge” on her if she leaves him, and that he will make her “very f*cking sorry” if she fails to follow his instructions for improving their marriage.

The profanity-laced clip begins with Kincannon castigating Griffith for not “doing what you’re supposed to f*cking do.”

“Now I’m going to tell you right now – I can’t survive in this f*cking environment that you create with your bad attitude and your unhappy spirit,” Kincannon said. “I’m – I’m sick of it and I’m done with it. And I want to make very clear to you – I don’t give a sh*t about you, or about any of the sh*t in your life. I don’t give a sh*t about all your f*cking divorce threats. You have pushed me so far down the hole that I don’t care any more.”

“What I’m telling you is – you are going to by God make my life better than it is,” Kincannon continued. “And you’re going to do the only things that you can do to do that – or else I’m going to make you very f*cking sorry. Because I don’t give a sh*t anymore.”

Kincannon repeats the threat again on the recording – which is essentially a monologue of his thoughts on the current status of his marriage to Griffith.

“I don’t know why you don’t just let the relationship dissolve,” Griffith said at one point in the clip.

“Because I blame you for creating the problems,” Kincannon responded.  “And if the relationship dissolves I will get my revenge.  I wanted something out of this.”

“I got into this marriage with expectations that it would be a thing that it is not,” Kincannon continued.  “And I am telling you right now, you will cure that problem and you will begin to meet my expectations or else you will be very sorry with what happens next.”

To listen to the clip (which is “Not Safe For Work” due to language), click on the far left of the sound bar below …

One of Kincannon’s friends – another prominent local attorney in Columbia, S.C. – tells FITS the threats against Griffith have nothing to do with physical violence.

“She knows what that’s referring to,” the attorney told us, adding the recording is “being taken completely out of context if the presumption is that he’s making a threat of bodily harm.”

The attorney added that Kincannon and Griffith have both “sparred” in the past – and that he has preserved evidence of abuse sustained by her hand.

“There are no innocents in this relationship,” the attorney told us.

Additionally, the attorney said Griffith was “not cooperating” with the sheriff’s investigation – and considering a request from Kincannon to amend the statement she provided police last week.

This website has always liked both Kincannon and Griffith.  They are incredibly smart, talented people – and we hate to see their relationship unravel like this.

Our hope?  That both are able to extricate themselves from what is obviously a toxic relationship without things escalating to a dangerous place …

Live and let live, in other words …