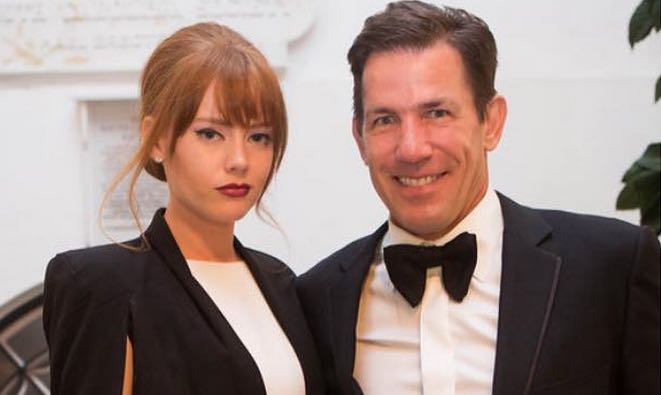 || By FITSNEWS || We’ll be honest … we have yet to watch any of the second season of Southern Charm, the Bravo TV reality show starring former S.C. Treasurer Thomas Ravenel.  It’s not that we don’t want to watch it, we’ve just been working our way through other shows.

Anyway, based on Ravenel’s social media musings it would appear as though there’s plenty of off-camera drama to keep us entertained.

“T-Rav is at it again,” one of our sources informed us prior to forwarding the latest Facebook broadsides launched by the impetuous politico … whose disastrous 2014 U.S. Senate campaign serves as one of the storylines of the show.

Wait … is Ravenel attacking this website’s founding editor Will Folks again (and then quickly recanting)? 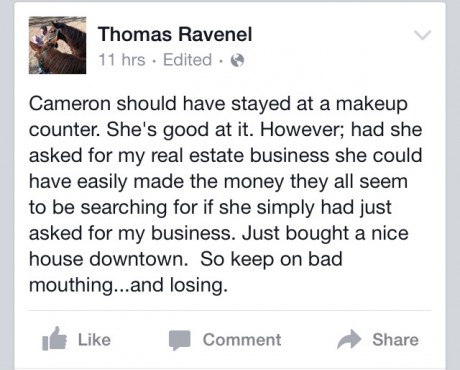 Not content with bashing Eubanks, Ravenel expanded his criticism to encompass the entire show – which he referred to as “ridiculous.”

“I’m (d)oing everything I can legally to get off this ridiculous show,” Ravenel wrote. 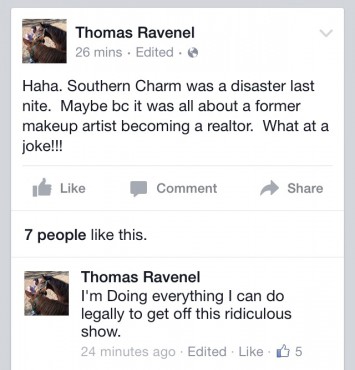 We reached out to Eubanks to see what she thought of Ravenel’s criticism, but didn’t immediately receive a response.  We’ll let you know if we hear anything from her.

As for Ravenel bashing Southern Charm, nothing new there.  Three months ago Ravenel posted – then quickly removed – a Facebook message describing the show as “full of lies and deceit.”

“Any fool who watches it is an idiot,” Ravenel added.