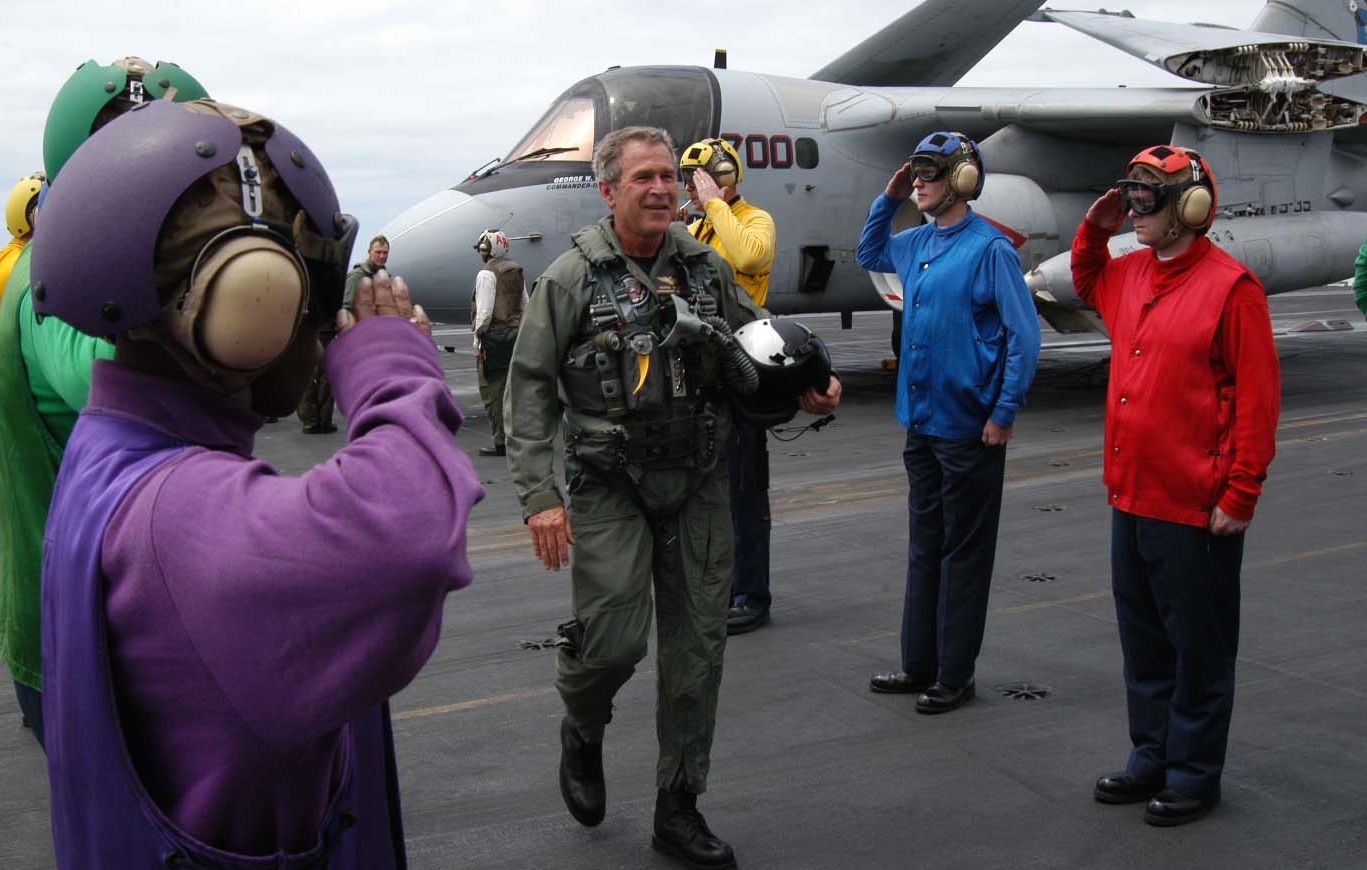 On December 14, 2011, U.S. president Barack Obama celebrated the removal of the last combat forces from Iraq – a nine-year engagement he referred to previously as the “wrong war” and a “dumb war.”

Obama – joined by his wife, First Lady Michelle Obama – greeted the last returning troops at Fort Bragg, N.C., officially closing the book on a war that cost trillions of tax dollars and thousands of American lives.

So … what was accomplished in Iraq?  What was achieved after the administration of former president George W. Bush invaded it on the thinnest of pretenses?  And after Obama kept troops there for more than three years?

Well, less than three years after the U.S. withdrawal Iraq is in chaos – with the puppet government our Central Intelligence Agency (CIA) installed teetering on the brink of collapse.

Accordingly Obama (absent congressional authorization or popular support) is launching yet another military action in Iraq – ostensibly under the “humanitarian” label.

How’s that effort going to go?  You tell us.

And while you ponder that, ponder these excerpts from Obama’s speech on December 14, 2011 …

Today, I’ve come to speak to you about the end of the war in Iraq.  Over the last few months, the final work of leaving Iraq has been done.  Dozens of bases with American names that housed thousands of American troops have been closed down or turned over to the Iraqis.  Thousands of tons of equipment have been packed up and shipped out.  Tomorrow, the colors of United States Forces-Iraq — the colors you fought under — will be formally cased in a ceremony in Baghdad.  Then they’ll begin their journey across an ocean, back home.

Over the last three years, nearly 150,000 U.S. troops have left Iraq.  And over the next few days, a small group of American soldiers will begin the final march out of that country.  Some of them are on their way back to Fort Bragg.  As General Helmick said, “They know that the last tactical road march out of Iraq will be a symbol, and they’re going to be a part of history.”

As your Commander-in-Chief, I can tell you that it will indeed be a part of history.  Those last American troops will move south on desert sands, and then they will cross the border out of Iraq with their heads held high.  One of the most extraordinary chapters in the history of the American military will come to an end.  Iraq’s future will be in the hands of its people.  America’s war in Iraq will be over …

… It’s harder to end a war than begin one.  Indeed, everything that American troops have done in Iraq -– all the fighting and all the dying, the bleeding and the building, and the training and the partnering -– all of it has led to this moment of success.  Now, Iraq is not a perfect place.  It has many challenges ahead.  But we’re leaving behind a sovereign, stable and self-reliant Iraq, with a representative government that was elected by its people.  We’re building a new partnership between our nations.  And we are ending a war not with a final battle, but with a final march toward home.

Now ponder these words, offered on May 1, 2003 by then-president George W. Bush after arriving on the deck of the U.S.S. Abraham Lincoln – clad in a fighter pilot’s flight suit and speaking beneath a banner that read “Mission Accomplished.”

Major combat operations in Iraq have ended.  In the Battle of Iraq, the United States and our allies have prevailed. And now our coalition is engaged in securing and reconstructing that country.

In this battle, we have fought for the cause of liberty, and for the peace of the world. Our nation and our coalition are proud of this accomplishment — yet it is you, the members of the United States military, who achieved it. Your courage — your willingness to face danger for your country and for each other — made this day possible. Because of you, our nation is more secure. Because of you, the tyrant has fallen, and Iraq is free.

… we are helping to rebuild Iraq, where the dictator built palaces for himself, instead of hospitals and schools. And we will stand with the new leaders of Iraq as they establish a government of, by, and for the Iraqi people. The transition from dictatorship to democracy will take time, but it is worth every effort. Our coalition will stay until our work is done. And then we will leave — and we will leave behind a free Iraq.

But hey … certainly another round of American military intervention will do the trick, right?  Right?