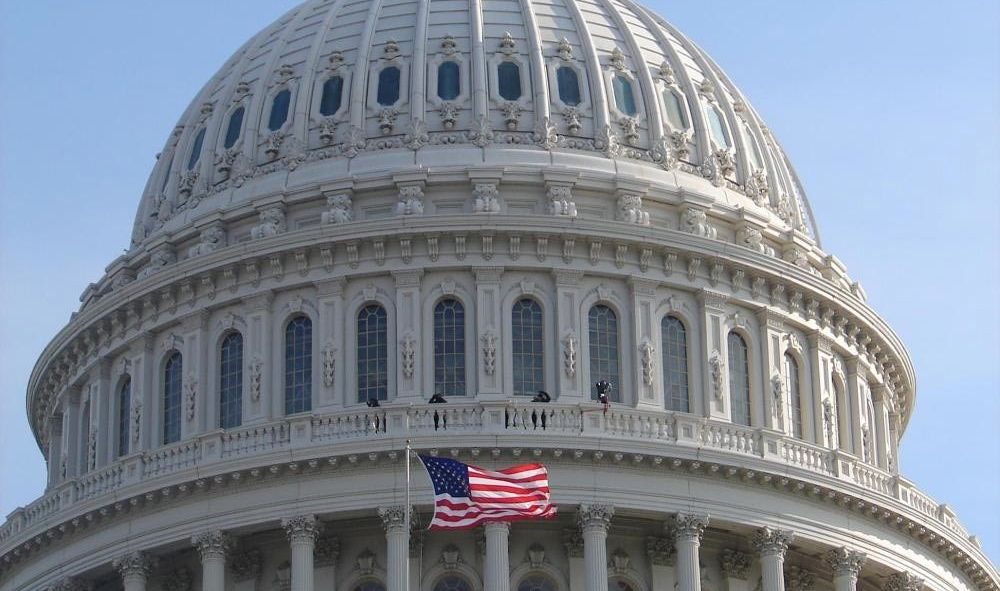 U.S. CITIZENS HAVE NO FAITH IN THEIR LEADERS … AND RIGHTFULLY SO

There’s been a lot of talk coming out of Washington, D.C. lately about the need for “regime change” in Iraq – which is particularly ironic when you consider the current regime was hand-picked by the Central Intelligence Agency (CIA) during an American military invasion that cost trillions of dollars and thousands of lives.

What have been the fruits of that invasion?

Don’t ask … or if you do ask, be prepared for a depressing (but predictable) answer.

But hey … this is the U.S. government, which is following its time-honored playbook of chasing good money after bad by ramping up its engagement in Iraq.

The administration of Barack Obama has the support of “Republicans” and Democrats in Congress in its efforts to provoke a confrontation in Iraq, although neither Obama nor Congress appears to have much in the way of support from the American people.

We wrote earlier this week about Obama’s abysmal poll numbers (especially when it comes to foreign policy), but new data from Gallup released this week shows things are even worse for members of the U.S. House and Senate.

According to Gallup, only seven percent of American adults have “a great deal” or “quite a lot” of faith in the U.S. Congress.

That’s down from a record low of 10 percent in 2013 and 42 percent in 1973, when the company first began asking the question on a regular basis. 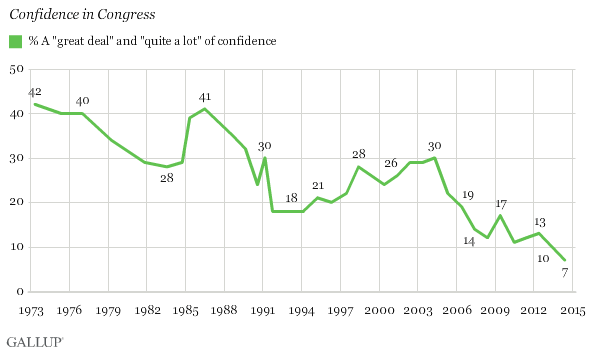 Gallup surveyed 1,027 adults nationwide from June 6-8, 2014.  The margin of error of its survey is plus or minus four percentage points.

“The dearth of public confidence in their elected leaders on Capitol Hill is yet another sign of the challenges that could face incumbents in 2014’s midterm elections — as well as more broadly a challenge to the broad underpinnings of the nation’s representative democratic system,” the pollsters added.

Indeed … which is another way of saying America is every bit as “ripe for regime change” as Iraq.