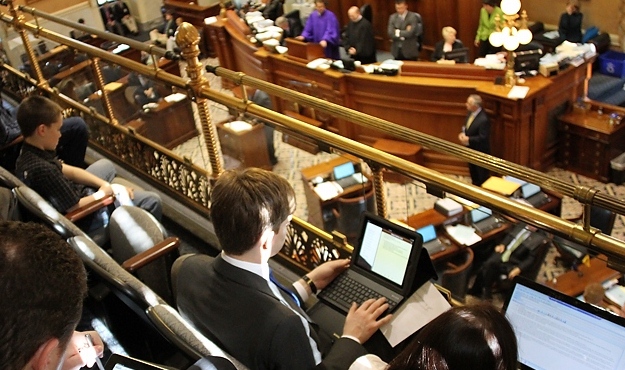 The coronation of S.C. Sen. Yancey McGill (D-Williamsburg) as lieutenant governor of South Carolina was set to commence this week.  More than a dozen members of McGill’s family had come to the S.C. State House for the ceremony – and S.C. Supreme Court justice Jean Toal was in the Senate chamber ready to administer the oath of office to the longtime Democrat.

Then something went terribly wrong …

By the narrowest of margins – 23 to 22 votes – State Senators adjourned for the day, leaving McGill and his crew to twist in the wind.

“It was a real slap in the face to him,” one Democratic Senator told FITS of the surprising vote to adjourn.

First …. a recap on what led us to this point.  Current lieutenant governor Glenn McConnell (RINO-Charleston) – who inherited this largely ceremonial office following the 2012 indictment of former lieutenant governor Ken Ard (RINO-Florence) – is resigning his post to become the next president of the College of Charleston. 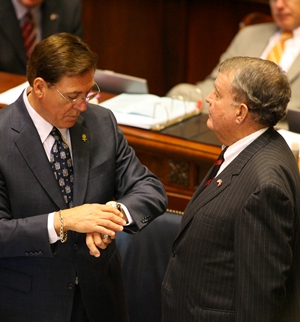 McConnell’s move prompted S.C. Sen. John Courson (RINO-Columbia) to resign his seat as president of the Senate – hoping to avoid being “elevated” from a powerful legislative leadership post to a largely powerless constitutional office (one that’s going to be filled in six months anyway after the 2014 elections).

McGill?  He was willing to take the thankless, temporary job because he’s a white rural Democrat (an endangered species in South Carolina) who barely managed to hang onto his Senate seat in 2012 – and was looking for an easy transition into his upcoming career as a State House lobbyist.

So, the following “constitutional shuffle” was supposed to take place this week: First, a vote for temporary Senate president was to have taken place that would have resulted in Yancey McGill’s election.  Immediately after this vote was taken, McConnell was to have resigned as lieutenant governor and McGill was to have been sworn into that office.

That’s when a second vote for Senate president was to have taken place – with powerful S.C. Sen. Hugh Leatherman (RINO-Florence) holding the upper hand in that race over S.C. Sen. Larry Martin (RINO-Pickens).

Both Leatherman and Martin are “former” Democrats, incidentally.

Everybody following the progression here?  And everybody noticing that each one of these “Republican” leaders is either a former Democrat or a “Republican in Name Only?”  Good … that’s very important to keep in mind.  Especially when so-called “conservatives” make commitments in these legislative elections.

Of course the elections didn’t take place when they were supposed to … leaving McGill embarrassed, Democrats enraged and “Republicans” scrambling to deal with several late-breaking developments.

Two things: First, S.C. Gov. Nikki Haley started making calls to State Senators urging them not to put a Democrat “a heartbeat away” from the governor’s office – even if only for the next six months.  Haley didn’t say which “Republican” she preferred for the temporary lieutenant governor’s role, but Senators clearly took her admonition to heart.

Two names have emerged as possible “sacrificial lambs” for this post: Lowcountry, S.C. Senator Paul Thurmond (R-Charleston) and Upstate Sen. Lee Bright (R-Spartanburg).  According to our sources, Thurmond has ruled out running for the seat – leaving Bright as the only Republican currently contemplating taking the job on a short-term basis.

“Democrats will go ape sh*t if Bright does this,” one State House observer told FITS.

Thats’ true.  But if he doesn’t … the job is McGill’s for the taking.

The second dynamic at play is the reemergence of Courson as a candidate against Leatherman in the race for Senate president (after the lieutenant governor “shuffle” is completed, of course).  Initially Courson told his colleagues he would not run for his old office again, but his tune changed this week.  Now lawmakers who previously committed to Courson are being forced to make a decision – and complicating matters further Martin has said he will withdraw his bid for the seat in the event Courson is a candidate.

Will any of this stop Leatherman from becoming Senate president (expanding his already unrivaled power base in state government)?

The cagey, curmudgeony veteran has cut far too many deals to be defeated in this race – many (if not most) of those deals involving the expenditure of taxpayer funds in the current state budget.  Additionally, sources tell us Leatherman will have the support of more than one fiscal conservative Senator in addition to his coalition of Democrats and “Republicans in Name Only,” although they declined to name the lawmaker.

“Some of Leatherman’s votes are going to surprise you,” one Senator told us.

Stay tuned … we’ll be reporting on the outcome of both of these legislative elections (and providing our readers with a list of how each State Senator voted).

UPDATE II: And now the gig is up. Hugh Leatherman is the new president of the State Senate.