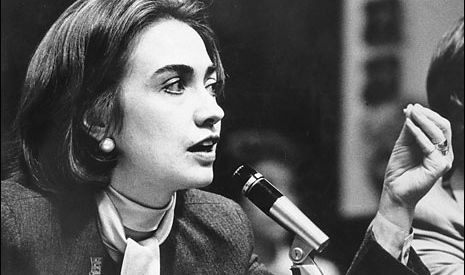 WHEN IS IT OKAY TO JOKE ABOUT RAPE? NEVER …

For the record, we abhor the political strategy of assailing attorneys on the basis of the clients they represent. This is America (while it lasts), and whatever you’ve been accused of you have a right to the best legal representation you can afford.

Aside from their anti-libertarian streak these “blame the lawyer” tactics – employed recently by the Republican Governors Association (RGA) on behalf of incumbent South Carolina governor Nikki Haley – neglect to mention attorneys are not ultimately responsible for the end results of their cases. Those determinations are reached by judges and juries.

To criticize a lawyer for “getting their client off” is a classic misappropriation of blame. That’s their job.

Of course context is key … as is the conduct of the attorney in question (before, during and after the case).

For example, if a lawyer were to break confidentiality and boast after-the-fact about his or her work in clearing an accused child rapist of a crime they knew the assailant perpetrated – and even laugh about the outcome of the case – well, that might cause one to rethink their position. Especially if that lawyer were to have repeatedly portrayed themselves as an unflinching advocate for women and children.

Such is the situation facing Hillary Rodham Clinton – the presumed frontrunner for the Democratic Party’s presidential nomination in 2016.

That story rewinds the clock to 1983-87, when Clinton was interviewed by Arkansas reporter Roy Reed for an Esquire  feature that never ran. During five hours of previously unpublished audio recordings, Clinton discusses at length a controversial 1975 case in which she defended a 41-year-old man accused of raping a 12-year-old girl.

Clinton’s involvement with the case is old news. She addressed it briefly in her 2003 memoir Living History, and it was discussed in detail in a 2008 Newsday story. In fact the Newsday report explored in extensive detail Clinton’s extensive efforts to impugn the integrity of the 12-year-old girl at the heart of the case.

But the tapes – which were archived at the University of Arkansas in Fayetteville – provide some never-before-heard context to the narrative.

On the recordings, Clinton acknowledges taking the case as a favor to a powerful Arkansas prosecutor after the accused – 41-year-old Thomas Alfred Taylor – rejected his court-appointed lawyer and asked to be represented by a female.

She also repeatedly jokes about her client’s guilt – and about the “destruction” of damning forensic evidence (namely the victim’s blood on her client’s underwear) related to the case. This evidentiary technicality ultimately resulted in Taylor receiving credit for time served in custody (two months) on a lesser charge as opposed to a possible lifetime sentence for raping a minor child.

“I had him take a polygraph, which he passed – which forever destroyed my faith in polygraphs,” she laughs in the recordings, saying the physical evidence against her client was “the sad part” of the case.

Clinton also recalls how she got a nationally renowned forensics expert to discredit a key piece of evidence mishandled by investigators – joking how her expert was “ready to come up from New York to prevent this miscarriage of justice.”

Don’t get us wrong … nothing in the Clinton recordings indicates that her handling of the case was out-of-bounds. Sure, she attacked the character of a 12-year-old rape victim and relied on a technicality to negotiate a favorable plea on behalf of her client (all on a case she took as a “favor”), but again – that’s what lawyers do.

Clinton did her job …

The real problem for the former First Lady/ U.S. Senator/ Secretary of State is the apparent violation of confidentiality related to her client – and the cavalier/ jovial attitude Clinton exhibits in discussing the case.

Seriously … what’s the statute of limitations on joking about a rape case involving a minor?

As with the 2008 Newsday story about this case, the Free Beacon story hasn’t exactly been burning up the internets – although we suspect its amplification will be broader this go-round.

We’ll have more on that in a follow-up post …