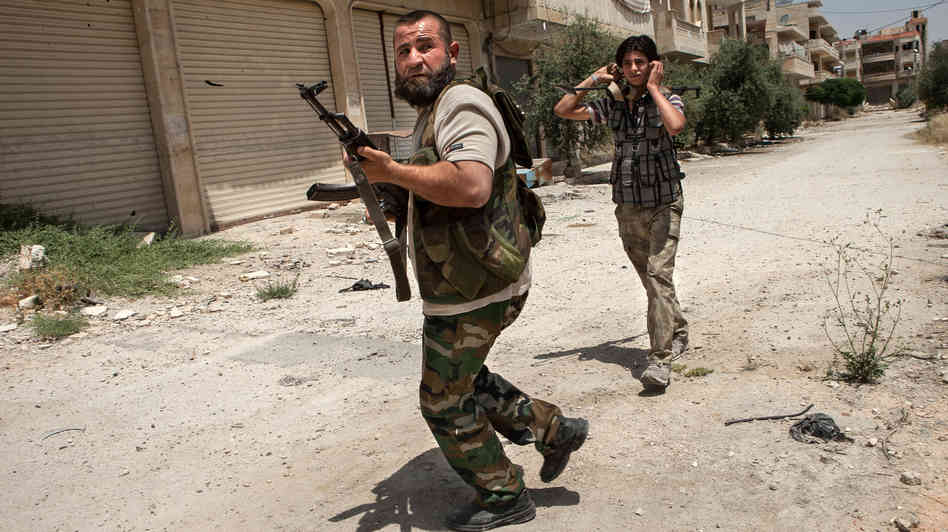 Remember how Vietnam started? We don’t … we weren’t born back then.

But we’re pretty sure it started with “advisors.”  Anyway, U.S. President Barack Obama – months after his warmongering in Syria was emphatically rejected by the America people – is pushing to expand America’s involvement in that country’s civil war.

Once again, Ron Paul was right …

Anyway, the U.S. military is already running weapons in Syria (claiming they won’t fall into the wrong hands) … but now Obama is ramping up that involvement.

According to The Wall Street Journal, Obama is “is close to authorizing a mission led by the U.S. military to train moderate Syrian rebels to fight the regime of Bashar al-Assad and al Qaeda-linked groups.”

Does Obama not know that al-Qaeda is fighting against al-Assad? Or is his country so wealthy it can afford to throw money on both sides of this conflict?

And of course Obama leaks his plans the day after Memorial Day – when public support for the military is at an all-time high (whether it should be or not).

“A new military training program, if implemented, would supplement a small train-and-equip program led by the Central Intelligence Agency which (Obama) authorized a year ago,” the Journal reported. “U.S. officials said the new military program would represent a significant expansion of Washington’s public efforts. U.S. officials don’t discuss the CIA’s limited training program because it is covert.”

More to the point, there is no compelling national interest to be served by getting involved … and even if there was, America can’t afford to get involved.

Of course try talking that sort of common sense to Obama … or to the “conservative” about to be handily renominated as U.S. Senator in the “most Republican state in America.”