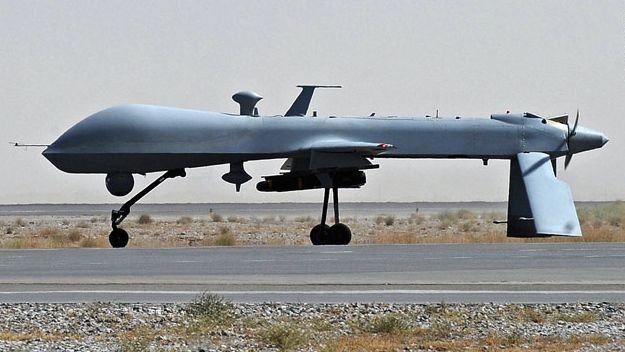 By Ron Paul  ||  Earlier this month, CIA-operated drones killed as many as 55 people in Yemen in several separate strikes. Although it was claimed that those killed were “militants,” according to press reports at least three civilians were killed and at least five others wounded. That makes at least 92 U.S. drone attacks against Yemen during the Obama administration, which have killed nearly 1,000 people including many civilians.

The latest strikes seem to contradict President Barack Obama’s revised guidelines for targeted killings, which he announced last May. At the time he claimed that drones would only be used against those who posed a “continuing and imminent threat to the American people,” that there must be a “near certainty that no civilians will be killed or injured,” and that safeguards to prevent civilian casualties were at “the highest standard we can set.”

None of these criteria seem to have been met. In fact, the threshold in Yemen is considerably lower than the president claims. In 2012 President Obama approved “signature strikes” in Yemen, a criteria for attack that is not based on actual or suspected wrongdoing, but rather on a vague set of behaviors that are said to be shared by militants.

This means that the individuals killed in the most recent drone attacks were not necessarily terrorists or even terrorist suspects. They were not proven to have committed any crime, nor were they proven to have been members of al-Qaeda or any terrorist organization. Yet they were nevertheless targeted for attack, and the sovereignty of Yemen was violated in the process.

Some may claim that we need to kill suspected terrorists overseas so that we can be safer at home. But do the drone attacks in places like Yemen really make us safer? Or are they actually counter-productive? One thing we do know is that one of the strongest recruiting tools for al-Qaeda is the U.S. being over there using drones against people or occupying Muslim countries.

How can we get rid of all the people who may seek to do us harm if our drone and occupation policies continually create even more al-Qaeda members? Are we not just creating an endless supply of tomorrow’s terrorists with our foolish policies today? What example does it set for the rest of the world if the U.S. acts as if it has the right to kill anyone, anywhere, based simply on that individual’s behavior?

We should keep all of this in mind when the U.S. administration lectures world leaders about how they should act in the 21st century.

Recently, the U.S. administration admonished Russian president Vladimir Putin for his supposed interference in the affairs of Ukraine, saying that violating the sovereignty of another country is not the 21st century way of conducting international relations. I agree that sovereignty must be respected. But what about the U.S. doing the same thing in places like Yemen? What about the hundreds and even thousands killed by U.S. drones not because they were found guilty of a crime, but because they were exhibiting “behaviors” that led a CIA drone operator safely hidden in New Mexico or somewhere to pull the trigger and end their lives?

What about a president who regularly meets in secret with his advisors to determine who is to be placed on a “kill list” and who refuses to even discuss the criteria for placement on that list? Is this considered acceptable 21st century behavior?

The Obama Administration needs to rein in the CIA and its drone attacks overseas. They make a mockery of American values and they may well make us less safe.