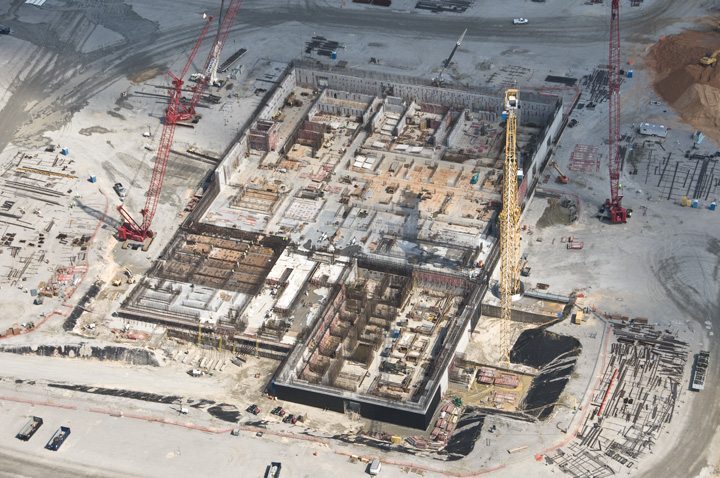 Potentially thousands of South Carolinians could lose their jobs if the U.S. Department of Energy (USDOE) follows through on its plan to shutter the “mixed oxide fuel” (MOX) project at the Savannah River Site.

Earlier this week FITS reported on the cost overruns (and total lack of accountability) associated with this project – which is supposed to turn weapons grade plutonium into fuel for nuclear reactors.

This facility was supposed to have been completed in 2007 at a cost of $1.6 billion to taxpayers – but nearly $4 billion later it still isn’t done, and the total tab for the project is now nearing $10 billion.

U.S. President Barack Obama cut funding for the program in his 2013 executive budget – and has zeroed it out moving forward. Meanwhile Congress – with the tacit support of U.S. Rep. Joe Wilson (RINO-S.C.) – has been taking money intended for the facility and spending it on weapons programs in other states.

Now the end is officially nigh …

According to Weapons Complex Monitor – a trade magazine that supplies intelligence on “cleanup and waste management within the Department of Energy’s Nuclear Weapons Complex” – the plug is about to be pulled.

Specifically, the publication says the agency has “dispatched a consultant to the Savannah River Site in recent days to examine options for terminating Shaw AREVA MOX Services’ contract for construction of the MOX plant at the site.”

Who is the consultant?

Wilson’s office has been understandably paranoid about this news getting out … not only as it relates to the shuttering of the project (and the associated job losses), but also his office’s complicity in the rerouting of federal funding.

Oh, and the fact that tons of weapons grade nuclear material is now permanently stuck in South Carolina.

“They are scared sh*tless,” one source familiar with the situation tells FITS.

They should be. In fact, we’re already hearing reports that an Aiken-based “Republican” is reaching out to supporters as part of a possible GOP primary campaign against Wilson.

Personally we have no problem with Wilson backing down on this project. Like the Texas’ super collider, it is the definition of a totally unaccountable big government boondoggle – one taxpayers had no business subsidizing in the first place.

Anyway, count on FITS to keep our readers up to speed on the rapidly evolving economic, environmental and political ramifications of this major story …

Joe Means Jobs, just not jobs for us.

I was always told there were a lot of glow worms there. I always thought that meant canebrake rattlesnakes – but lately I’ve been thinking – really just worms that glow from radiation.

Quiz: How many nuclear weapons have been manufactured at SRS since its inception? The answer is zero.

I was just trying to save your jobs!

A serious question, would it be better if they just kept detonating them over some island in the pacific? I’ve heard a lot of talk about glass parking lots? How would you dispose of these things?

You are somewhat mixing apples and oranges. SRS was built to refine nuclear materials for deployment in nuclear weapons not to actually build them. SRS never was a “bomb plant”.

The idea behind MOX was to try and develop a “double” useful process to dispose of nuclear materials from nuclear weapons such as plutonium. Plutonium-244 has a half life of approximately 80 million years. Various schemes have been tried to attempt disposal. I am not aware of any that have had the success that was sought.

Ummm…. No. The article clearly states the MOX site is being shuttered. My questions are apples and apples.

So, respectfully, the ultimate question is what would you do with them. The rest is not really relevant if you’re not getting rid of it.

Jobs – lateral shift. Pay to change it or monitor it. The money will be spent. Where would you spend it?

” How do we dispose of these things ? ” North Korea, Afghanistan, Iran, Iraq, Libya —– just thinking.

“Personally we have no problem with Wilson backing down on this project. Like the
Texas’ super collider, it is the definition of a totally unaccountable
big government boondoggle – one taxpayers had no business subsidizing in
the first place.”

Sic Willie, in his infinite scientific and engineering mind, KNEW none of these project would work from the get go. If government did not fund research, virtually none would ever occur.

“If government did not fund research, virtually none would ever occur.”

What is the non governmental dollar amount, on an annual basis, of pure research being conducted entirely on the “free markets” dime?

I’m going to ask obscure and unanswerable questions and pretend I have a point so that logic seems less reliable.

It’s still unclear if the pet boondoggle of Lindsey Graham and Joe Wilson will be terminated. From what I’m hearing, the March 4 DOE budget request to Congress will keep both MOX and other options alive. MOX needs about $800 million/year for the next 20+ years to be viable, so why throw another $400 million in Fiscal Year 2015 at it just to drag it on? Well, that’s payola thrown at Grham’s & Wilson’s contractor buddies – the transfer of our wealth that will drive up the debt if there ever was any. Time to push the big-government politicians out of the way pull the plug on the MOX failure.

Obama’s the biggest big spending, big government politician currently alive. So if you’re talking about getting rid of him (which, knowing who you are I’d highly doubt) I’m with you 100%.

While the mismanaged MOX project has been the pet boondoggle of big-spenders $enator Graham and Rep. Wil$on, presidents Clinton, Bush and Obama kept the project going and wasted billions on it. If there were a few fiscal conservatives left in South Carolina, Graham and Wilson would be run across the river. But the Republican-Socialists in the Aiken area just love that federal money so the MOX debacle at $R$ rolls on and our wealth keeps getting transferred to special interests.

Wednesday March 5, 2014 Augusta Chronicle.
MOX will placed in cold shut down.
The way I read the article this will take place by the beginning of 2015 fiscal year, October 1, 2014.
I would imagine a big push will be made to get the building “weather tight” to protect the installed equipment.
Also, this is just my conjecture, all the mechanical construction craftsmen will be leaving very shortly.

Yes, I think the key date is October 1 or whenever the Congress passes a budget (if it does…) I agree that to begin the stand-by phase, DOE will likely require that the layoffs and spending cuts start soon as DOE has to make plans for the president’s request being accepted even if Congress ends up keeping the project on life support. See article in the March 5 edition of The State. What a travesty. Senator Graham and Rep. Joe Wilson have wasted vast amounts of our money on this failed big-government project and have some explaining to do. But they will predictably stay the course and try to keep the blank checks flowing to their contract buddy – Shaw AREVA MOX Services. (AREVA is French government owned…socialist! Gasp!)

I have found it ironic that all the Obama haters in the Augusta, Georgia-Aiken, South Carolina are now raising hell about the shut down of MOX.
First they constantly rant about the out of control spending, then squeal like a stuck pig when a project in their area is cancelled.
Secondly, they HATE all unions, but bitch when a job employing 100% union construction labor is cancelled.
For the record, I am a 43 year member of the International Brotherhood of Electrical Workers.

Finally an Obama decision I can agree with. This project was a clusterfuck from the beginning.

This “Aiken Republican” doesn’t happen to be Rep. Taylor, does it?

Is Bill Taylor even capable of thinking about anything other than the “Fair Tax”?

Incorrect info because construction didn’t start until 2007 and to be finished in 2016 but was extended 2018! Only half truthful info in this article!

Big surprise… anyone that’s been associated with SRS over the last 20 yrs.knows that MOX was nothing but a huge jobs program coming out of ARRA. The current administration never intended this project to be completed, they just wanted to create the jobs to make them look good. There’s always been better ways yo get rid of the weapons grade plutonium and DOE knows it. Like the housing bubble burst… this is the ARRA bubble burst.

Dumping 34 Metric tons of weapons grade plutonium in a salt mine in southern New Mexico isn’t a solution.

This is spot on correct, Having worked out there. It is a joke,And the people out there are professionals at taking money and doing nothing, Most have transferred from SRNS to MOX to continue taking our tax money and producing nothing. They have been doing it for 30 years, Time to put these fools out to pasture,