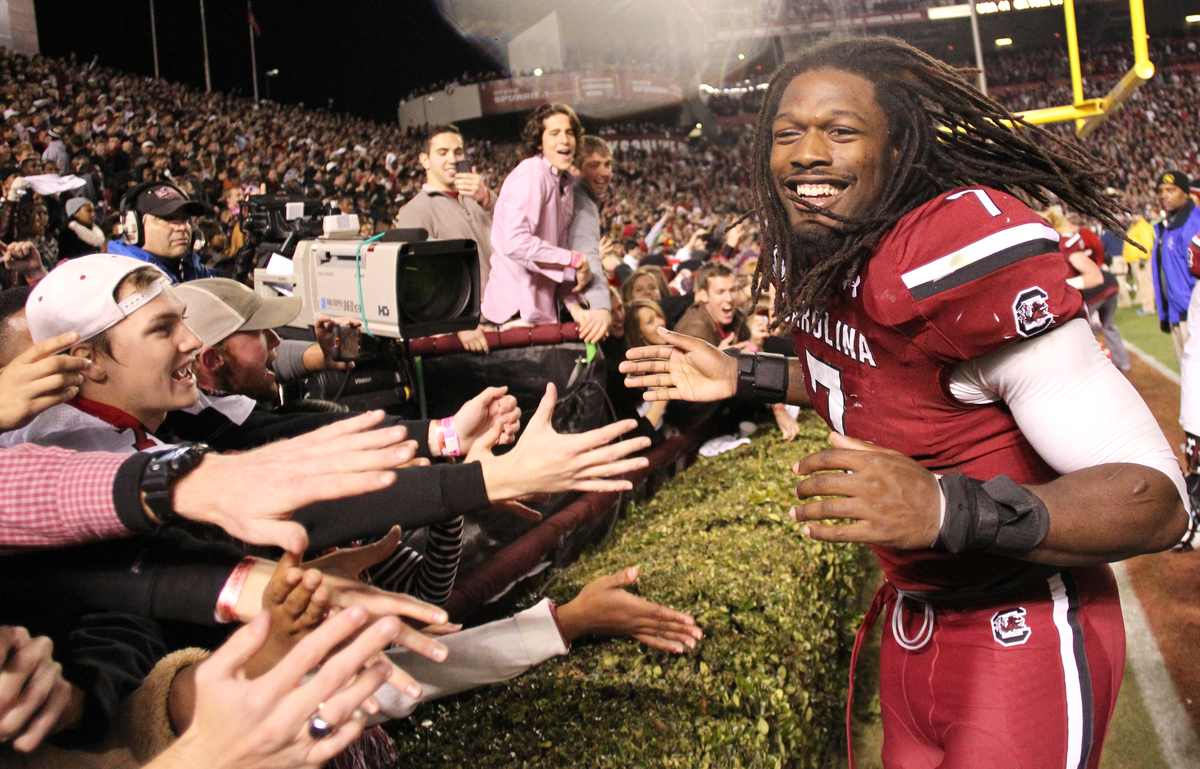 “(Clowney) is out of state right now, so we requested a jury trial to give us a chance to deal with it while he’s away,” Strom told McClatchy reporter John Monk.

Clowney concluded his Gamecock career last week at the Capital One Bowl in Orlando, Florida.  The SEC Freshman of the Year in 2011 and a unanimous All-American in 2012, he is projected to be a top five pick in the 2014 NFL draft.  He is currently training in Florida for the NFL combine – scheduled for late February at Lucas Oil Stadium in Indianapolis, Indiana.

Last month, Clowney was clocked on a rural stretch of Interstate 77 traveling at 110 miles per hour in a 70 miles per hour zone. That’s fifteen miles per hour faster than the “above limit discretionary window” used by Palmetto State police to arrest individuals for reckless driving.

He was issued a $355 citation and permitted to continue on his way.

Two weeks later Clowney was clocked on Interstate 26 traveling at 84 miles per hour in a 55 miles per hour zone – again in the range that could have landed him in the slammer.

Strom is also representing Clowney in that matter.

“I think all of this is getting a bit overblown,” Strom told Monk. “We have to remember – this is a 21-year-old kid, and he’s gotten two speeding tickets.”

In addition to being a former U.S. Attorney and hands-down the most gifted lawyer in the Palmetto State, Strom is a leading candidate for a seat on the University of South Carolina board of trustees.

“Pete is liked and respected by Republicans and Democrats,” one lawmaker told FITS. “I’m sure the fact he’s repping Clowney will only enhance his reputation.”