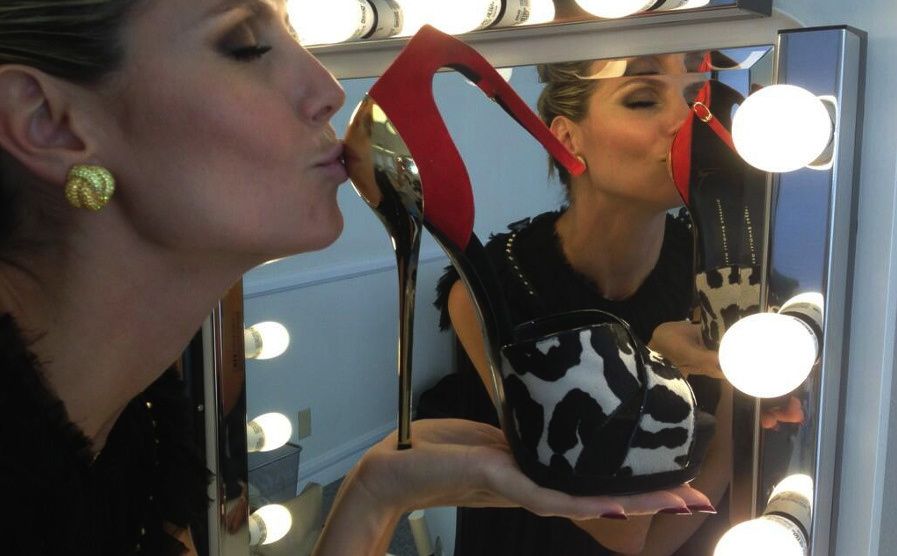 We’ve had to watch what we say and do on this website lately because … well, to be honest we’re not sure exactly why that’s the case. Apparently it has something to do with advertising – one of many things that makes our founding editor Will Folks’ (a.k.a. Sic Willie)’s head explode.

Anyway, we do get to continue writing about shoes … which as every lobbyist at the S.C. State House knows is Sic’s greatest obsession.

It’s also apparently Heidi Klum’s greatest obsession according to the photo (above) from High Heels Daily.

Fifty Shades Gets Its Man