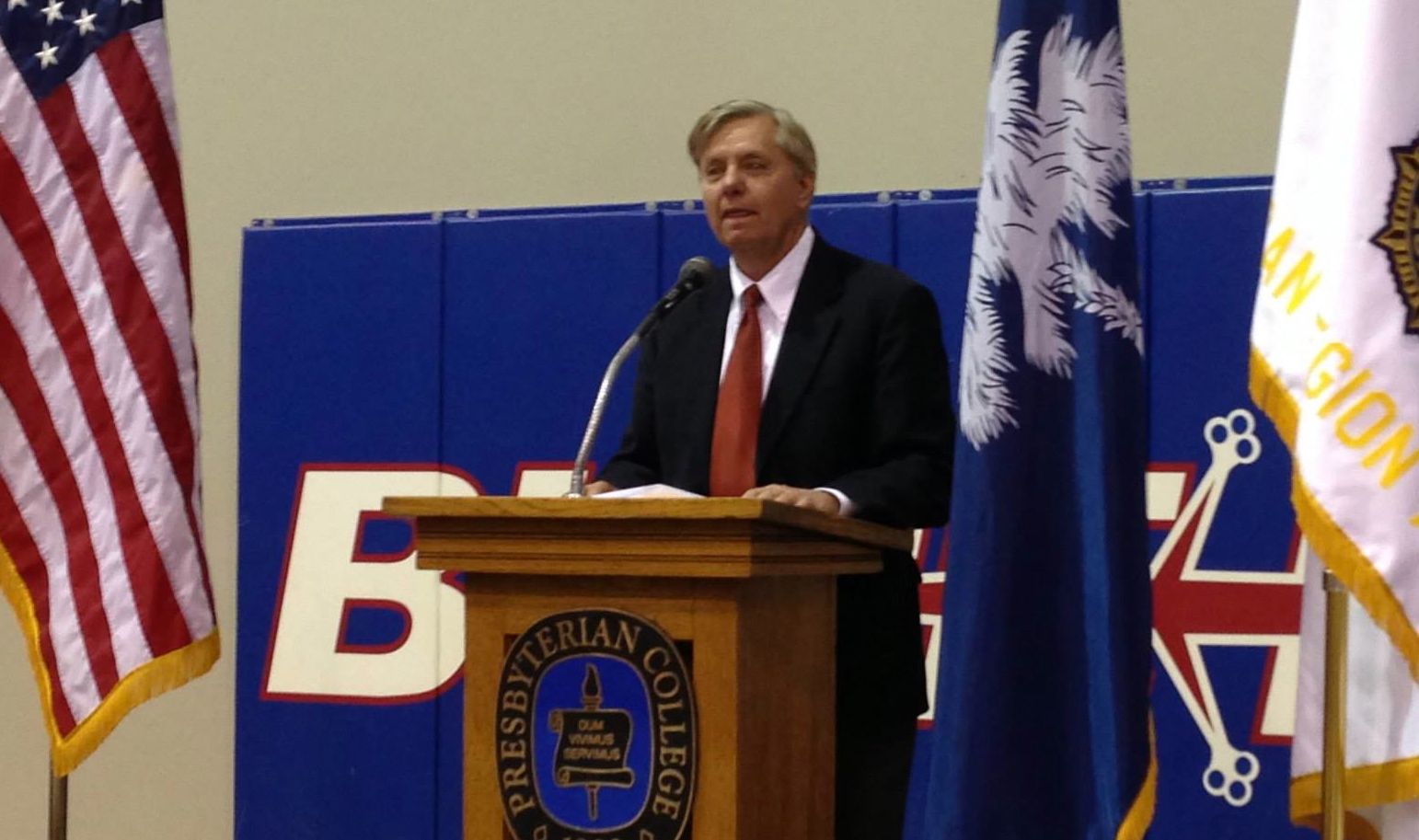 Liberal U.S. Sen. Lindsey Graham (RINO-S.C.) is getting another challenger … but it’s not one of the big name fiscal conservatives being courted by national limited government groups.

Orangeburg, S.C. attorney Bill Connor – who ran for lieutenant governor in 2010 and SCGOP chairman in 2011 (unsuccessfully on both occasions) – is reportedly jumping into the race in the next few days.

We’ve written previously on the speculation surrounding Connor’s bid, but multiple grassroots sources tell FITS he is getting ready to pull the trigger. Connor’s prospective candidacy received a major kiss on the lips from The South Carolina Conservative, a blog written by GOP activist Javan Browder.

“Connor may be uniquely able to take Graham on and undercut his main base of support, the military/veteran block, and give Graham serious trouble on foreign policy matters in debate, something the other candidates lack the credentials and experience to do,” Browder writes.

He adds that “Connor is well liked and respected among the grassroots across the state, and being the only candidate to have previously run a statewide race could give him the edge with name recognition and organization if he enters the race.”

Hmmmm … that’s a pretty rosy assessment for a guy who got pummeled in his last race by this doofus.

“Connor also garners a lot of support from the Christian conservative and pro-life portions of the GOP electorate, likely giving him the widest overall GOP voter appeal of any of the Graham challengers,” Browder continues.

Really? We’ll have to see about that …

We don’t view the glad-handing Connor as a top tier candidate, but that doesn’t mean his candidacy could create problems for Graham.

Why? Because Connor is – as he is fond of pointing out ad nauseam – a combat veteran.

“Connor is perfectly suited to attack Graham on perhaps his most glaring vulnerability – the lies he told about his military service during the early stages of his political career,” we wrote recently.

Accordingly, his (likely) entry into the race is worth watching …

Glenn McConnell Has A Problem …

If all these challengers have the good of SC in mind, they better all get together and agree to commission a poll before the primary and drop out if they aren’t the closest to defeating Ms. Lindsey.

Otherwise these vote dilution will assure no one beats him.

Give it more time, the rest of the Moron Brigade will jump into the fray, too. How many washed up hacks ran in the primary Sanford won? Might as well run again, real jobs are too hard for these guys.

All that’s required is for Graham to win less than 50% for a runoff. More candidates doesn’t dilute anti-Graham votes, just gives them more options. The hard part is peeling some of Graham’s support away from him to ensure he doesn’t make the 50% threshold. Then the real challenge- beating him one on one.

Maybe that little girl from Charleston and the old boy from Sptbg., should drop out. This guy will get more votes than those two can dream of.

I feel bad for his wife and his former lover, both of whom stand to have their pasts drug up for this total douchebag. His wife made him drop out of law school until his lover graduated.

I bet Bill’s biggest regret is not being able to sue his wife for malpractice. Everyone else has.

Too many cooks spoil the broth. All of the “anyone but Graham” voters will split their votes amongst the various challengers. If you’re lucky, you’ll get a runoff in the primary but Graham could very likely win that. It depends on how motivated people are to show up at the polls.

At some point, all of the challengers are going to realize that their only hope is to be the one to go against Graham in said runoff and they’ll start eating each other alive to get that opportunity. I wonder if whoever is left standing will really get enough of those people back to the polls, let alone get their vote.

Graham’s going to win just like Mark Sanford did. Clown car primary, easy runoff, and regardless of whoever the Democratic candidate is, an effortless victory in November.

I hope there’s a twist to this story because this shit is becoming way too predictable.

Ask Andre how that works.

Doesn’t SC still have open primaries? If so, that is how Graham wins more than 50%.

“Andre” who? The 7th District Congressman? Ooh, wait a minute…

Another Teapublican looking for a government check, government health care and government retirement. Willing to shoulder that burden so the rest of us do not have to.

As a “Founding Member” of the “Anybody but Graham” movement, TBG admits that this announcement makes it difficult to stay the course.

It’s not just the votes that will be split–the runoff will take care of that. The anti-Graham money will also be split, and no one without several million dollars will beat him.

Heads up! Miss Lindsey raked in 1.4 million this month. He has over 1 million per month in campaign fundraising. 7 million chest!

Senator Graham will easily win re-election . . . don’t care how many stories on Fits would like to make you think the contrary – with said stories enabling the usual yahoos on here to post all kinds of nonsense that is usually centered on speculation about Senator Graham’s sexuality. I am no fan of Graham – have never voted for him and cannot imagine a scenario where I would – but all the nonsense that appears on this site is pure BS.