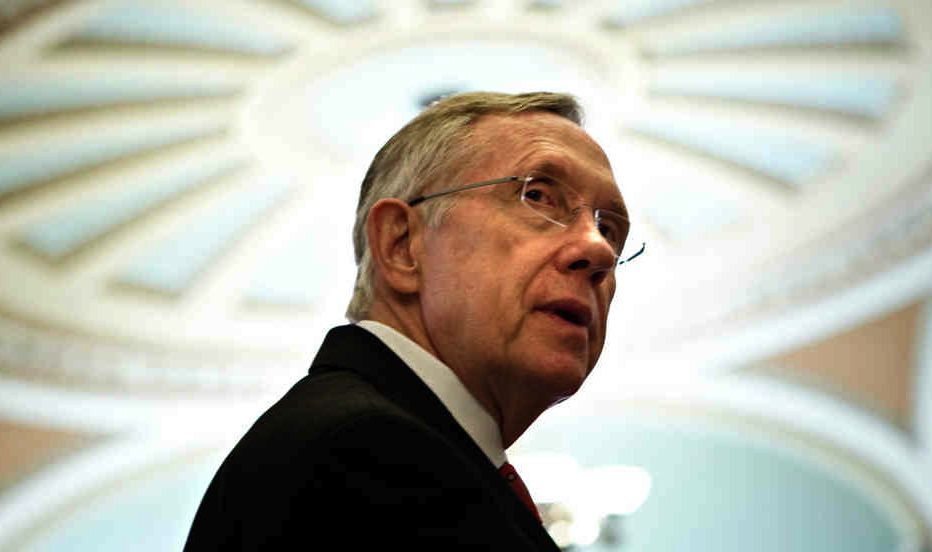 “Republicans” clearly didn’t learn anything from Jesus Christ … or their standard bearer, Abraham Lincoln. And American taxpayers are about to pay the price for that ignorance.

“Every city or house divided against itself will not stand,” Christ told the Pharisees, according to the Gospel of Matthew. That statement was famously paraphrased centuries later by the future American President – the first to be elected as a “Republican.”

“A house divided against itself cannot stand,” Lincoln said on June 16, 1858 at the Illinois State Capitol, addressing the issue of slavery.

Well the Republican Party is a “House Divided” – one that is most assuredly not standing.

How bad have things gotten? Terrible. For starters, the GOP has already caved on every major sticking point that led to the current “government shutdown” – which of course isn’t really (or even remotely) a “shutdown.”

They are now ready to fully fund Obamacare as part of a spending amendment … any spending agreement … while at the same time giving the law’s namesake, U.S. President Barack Obama, a no-strings-attached six-week increase in the federal debt ceiling (even though no one seems to know how much that’s going to cost).

The white flag is up … although the Democrats are refusing to accept this unconditional surrender.

Instead, they are insisting on the repeal of future cuts associated with the last debt deal – in which the federal government blew through $2.4 trillion in new borrowing authority (in just seventeen months) in exchange for what was supposed to be $2.1 trillion in cuts over a ten-year period.

How much spending has actually been cut since this deal was reached in August 2011? Only $42 billion.

Think about those numbers for a moment … then think of the massive tax hikes when went into effect at the beginning of this year.

Of course the specific financials of these grand D.C. bargains never factor into the mainstream media’s narrative. That’s because no one in Washington – or the MSM – cares about the price tag of all this unsustainable government growth. Meanwhile there’s no pushback against the liberal narrative (i.e. kids and grandparents will die if government doesn’t continue to borrow trillions of dollars it doesn’t have) because half of the Republican Party buys into that Beltway bureaucratic B.S. in the first place.

And so we keep winding up in situations where the entire executive branch of government, more than two thirds of the legislative branch and virtually the entire mainstream media apparatus is hellbent not just on spending the country into oblivion … but on demonizing the few dozen lawmakers who actually do care about the American Republic’s ability to sustain itself into the future.

Seriously … it’s like starting a fight with two hands (and one leg) tied behind your back. Or starting a game of chess against a fully-armed opponent with only a king and two pawns.

The hope this time was that the GOP would unite against a wildly unpopular socialized medicine law – but those hopes were dashed before the “shutdown” even began when more than half of the GOP Senate Caucus caved to Obama.

Houses divided (including the U.S. House) don’t stand … they get flattened. Which is exactly what’s happening to the Republican Party right now.