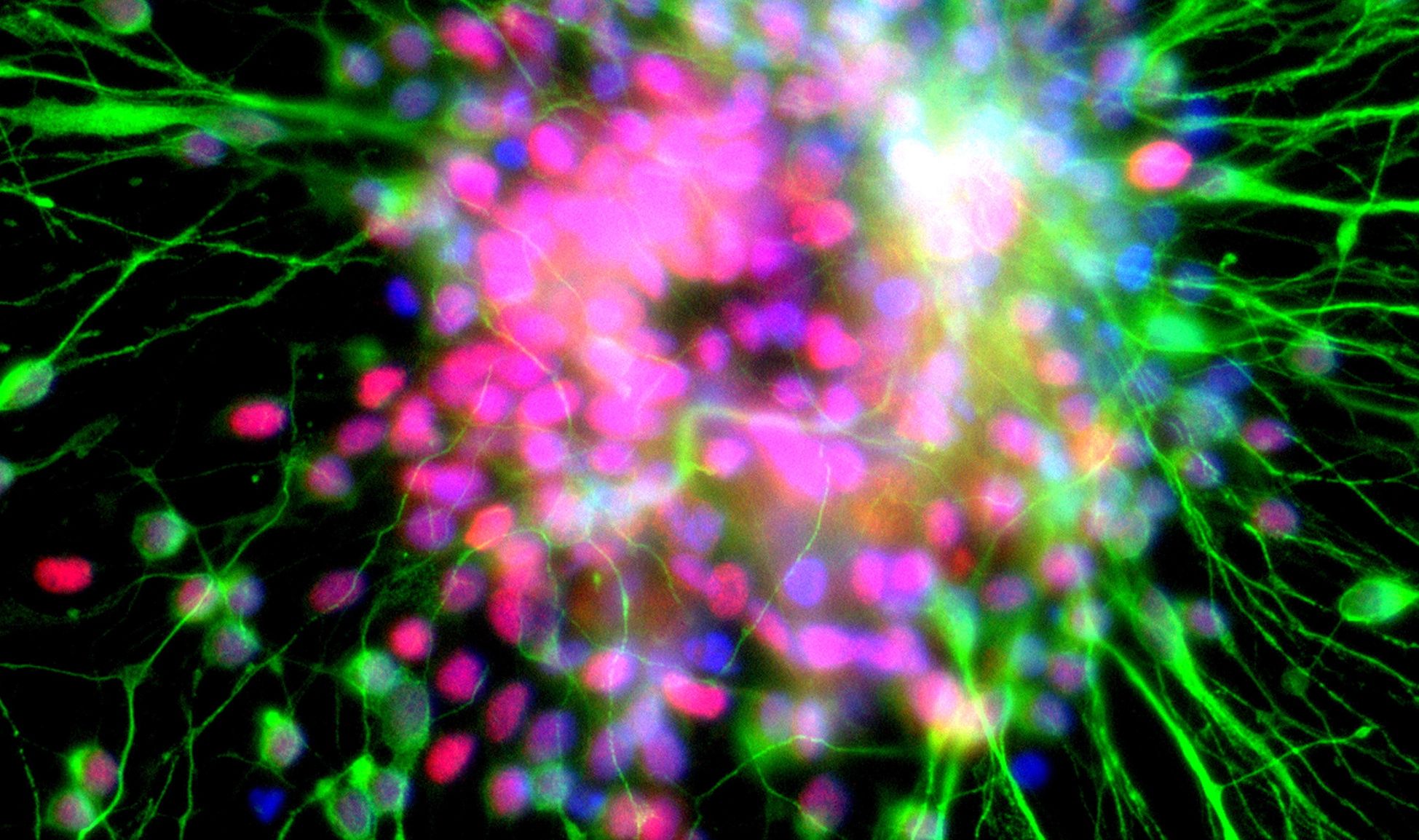 Additional charges – including perjury, obstruction of justice, falsification of medical records and misuse of state and federal funds – could also be forthcoming.

Caledonia is referenced on the webpage of Dr. Vincent Dammai – a Texas-based molecular biologist and former MUSC professor who pleaded guilty this summer to a misdemeanor charge of “mislabeling” stem cells.

“Dammai admitted that beginning in 2006 while employed with (MUSC), he used university facilities to harvest and process stem cells for a company called Caledonia Consulting located in South Carolina,” an FBI news release states. “He further admitted he harvested stem cells for Caledonia from March 2006 through December 2008 and was paid approximately $161,625.”

Wait … how could Caledonia continue to harvest stem cells after it was dissolved? Well, another company – Caledonia Consulting, Inc. – was formed by Goldfinch in October 2008.

Other incorporations may also exist.

“Due to the active status of this investigation, Dr. Dammai will refrain from making clarifications on this issue,” his website states in reference to Goldfinch’s company.

According to sources familiar with the federal probe, Dammai told investigators he was framed by Goldfinch – who along with his co-conspirators allegedly concocted an elaborate plot to profit from the illegal organ trade while pinning the blame for everything on the unsuspecting Indian-American.

“They convinced Dammai to help them develop super-advanced stem cell technology which was not to be sold to anyone and used for research purposes only,” one source tell us. “This doctor worked day and night to develop the technology, not knowing the dark side of Caledonia business. Eventually, Caledonia sold the stem cells and technologies developed by this doctor and made millions.”

Also mixed up in this scam? Francisco Morales of Brownsville, Texas – who was exposed in a recent 60 Minutes feature for his stem cell quackery – and David Steenblock, a dubious “doctor” whose lengthy record of medical misdeeds can be perused here.

Another alleged participant? Caledonia partner Yair Adereth – an Israeli national who is accused of forging medical documents in connection with the scam. These forgeries were allegedly used to secure MUSC’s participation in the testing of these illegally obtained organs.

“MUSC is required to check that the organs submitted to them for testing are obtained through legal process and also ensure that a licensed physician signs off on the required paperwork from Caledonia side for every organ submitted,” one of our sources explains. “They are supposed to check the credentials of all doctors and how the organs were obtained. Well, MUSC didn’t fulfill their legal responsibility.”

Not only that, the University has been accused of covering up the scandal after the fact.

According to our sources, the stem cells were obtained through two Conway, S.C. birthing clinics. More information on these facilities – and the structure of the stem cell operation – is said to be forthcoming.

No need to pinch me, I know I’m in South Carolina.

Anything leading back to Haley or Ms. Lindsey? Please, Please?? :)

Anything leading back to…Ms. Lindsey?

Oh, and don’t forget the cemetary.

Oh, that’s right. The Goldfinch family owns the funeral home and the cemetary. Wonder if they own the coroner?

So I’m going to assume Mr. Goldfinch is in the pro-stem cell research arm of the Republican Party, bumping that caucus up to a member of one. Michael J. Fox is giddy with excitement.

If you mean he supports “embryonic” stem cell research, that’s unlikely. The FBI indictments state they were dealing with umbilical cord blood.

Why should there even be any such thing as an illegal organs trade. This is supposed to be a free market economy. All you socialist, want the government to control everything. I should be able to buy and sell organs and stem cells at such rate as the market will bear.
Our system only works if those who are successful benefit from their success by being able to pay for priority. The rest of us make our money by providing the things those with money want and are willing to pay for. That’s what free market medicine is all about. If you want a lung and you’ve got a million bucks you should be able to buy a lung.

“Our system only works if those who are successful benefit from their success by being able to pay for priority. The rest of us”

…the natural assumption being you don’t view yourself as successful.

“I’m successful, but I want to be very, very, successful”

Yes, and, if wishes were rainbows, my ass would spit out gold coins.

The human organs trade is illegal for the same reason that authorities are forced to remove the tusks from elephants or the horns from rhinos. Think about it.

And what reason is that? The best protection for elephants and rhinos is the free market trade in horns. The free market will push money into the breading of elephants and rhinos for the production of horns, assuring survival of the species; and if it doesn’t, they will become one of the billions of species that did not make it. That’s the nature of nature.
If you are worried, buy land in Africa and create a preserve. Its your money and if you are rich enough to protect elephants, you should be able to do so. That is your reward for your success.

Could you give me the recipe for breading and frying elephants,or is that considered an out patient procedure?

You’ll need a license for that.

If anyone can figure out methods for breading and deep frying elephants though, it’s someone in SC.

I hope he shares the ad where he bought his degree…

CSOL’s new HVAC division, you can study for eight years and get piece of paper that says “MD” on it if you have enough money or get gov’t guaranteed loans.

The fine print says on the HVAC MD diploma says that “MD” stands for “more dollars than brains”, but most employers won’t read it that closely.

edit: “fine print on the HVAC”

Good catch, obviously breeding; but hey, if it makes money think how many more elephant and rhino farms there would be.

I call dibbs on his wife after the shit hits the fan. When she’s broke and finally dumps him I’m hiring her as my “naughty maid”.

You mention Caledonia Consulting and CureSource. You did not mention Rainbow Communications, EntryPoint Capital, Insite TPA, Stephen Goldfinch Attorney at Law, Midcipher, Dammai-Morgan Scientific Consultants, or Waterfront Events. My, my, my.

MUSC also needs to come clean on all of this. This is yet another example of why I care not to hear about trying to get people into research trials when they cannot follow their own protocol and procedure. This needs an investigation to get to the bottom of MUSC management of research.

Now here is a new business YOU may be interested in —

Maybe we can organize a telethon and get the parents of newborn boys to donate circumcised tissue. If we get enough we can construct an extra large turtle neck sweater for Tea MD…one that will stretch to cover his head. He can periodically retract it and post here.

Seriously, Will may have just invented a new incarnation of Big T.

No thanks, no value to that material. Now if you had said umbilical cords, that would be a different matter.

Speaking of which, here is a repeat……

Two guys were standing at adjacent urinals when one says to the other, “I’ll bet you were born in Charleston, SC.”

“Why, that’s right,” said the other guy in surprise.

“And I’ll bet that you were circumcised when you were three days old.”

“And I’ll bet it was done by old Doc Sternberg.”

“Well, yes, but how did you know?” asked the second guy in amazement.

“Well, Old Doc always cut them at a sixty-degree angle,” explained the first guy, “and you’re pissing on my shoe.”

Were you mutilized ? It’s never too late to sue…

Dr. Dammai is set for sentencing in November, according to a Houston newspaper. Wonder how well he knows Nikki’s good friend, Raj Mantena?

Indicators that you may be living in a Third World County

1) Chief Executive Officer(Governor) whores out her office for a buck or two or hell, I’ll do it for a buck and a quarter
2) Your major tourist destination serves as backdrop for a TV show that has been rated #1 by STD carriers worldwide
3) Public Schools are so bad that children of school administrators take a bus to neighboring States’ schools
4) Streets in Detroit are safer
5) Sitting Legislator, friends, associates alleged to be black marketers for stem cells and organs
6) Can’t get a seat on a Board or Commission unless you are a retarded relative of a Cockroach Legislator
7) The bar on the Bar Exam is lowered when necessary to allow chosen ones to crawl under(as if offspring of cockroaches don’t already know how to crawl)
8) Checking into the State’s premier Medical University may result you checking out with fewer parts than you checked in with
9) While visiting Guatemala the taxi driver observes many of his relatives have lost a kidney or two in your State

I’m sure this will bring out the usual hysterical group that will use this to warn us of the dangers of “unproven” stem cell therapies. There are disreputable people in every profession and industry. Glad this guy got busted but let’s keep it in perspective.

Did these cells come from patients at MUSC?

“According to our sources, the stem cells were obtained through two Conway, S.C. birthing clinics. ”
Read more at https://www.fitsnews.com/2013/10/07/sc-lawmaker-focus-of-stem-cell-probe/#MvUgITMRFgXH7gBe.99

MUSC just hired a new guy for “technology transfer”! Are they in this for the money? It looks like the position was started in 1995 “to commercialize MUSC research. Was this a MUSC commercialization plan gone bad?

From the Post and Courier:
The Medical University of South Carolina’s Foundation for Research Development has announced a new leader.

The foundation was created in 1995 to commercialize MUSC research, a process sometimes called “technology transfer.”

Rusnak has more than 25 years of experience in the life science industry, the university said in a statement today.

Most recently, he was director of new ventures and technology development
within the technology transfer office at the University of Rochester
Medical Center in New York.

Before that, he was an entrepreneur-in-residence with BCM Technologies Inc., which is part of
the Baylor College of Medicine, where he was involved in starting and
incubating more than five spin-off companies from the school.

He also has held senior positions in biotechnology business development
with Ceros Pharmaceuticals, CombiChem and Lexicon Genetics, among
others.

Forwarding this on over to ODC.