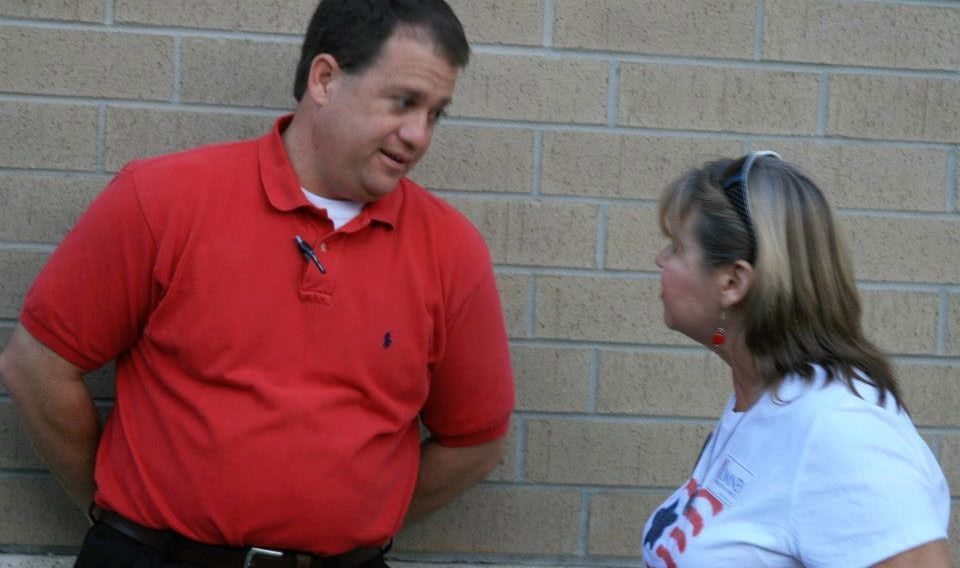 S.C. Sen. Lee Bright (R-Spartanburg) is bashing fellow Republican U.S. Senate candidate Nancy Mace for her association with FITSNews, reporter Stephen Largen of The (Columbia, S.C.) Free Times is reporting. According to the Upstate lawmaker, Mace will find herself at a disadvantage in running for the Senate due to her former role with the controversial website (which you happen to be reading now).

Both Mace and Bright have announced their intentions to challenge incumbent “Republican in Name Only” Lindsey Graham in a GOP primary race for the U.S. Senate seat he has held since 2003. Social conservative Richard Cash, a businessman from Piedmont, S.C., is also running against Graham – while former State Treasurer Thomas Ravenel and former GOP lieutenant gubernatorial candidate Bill Connor have also expressed an interest in the seat.

In the battle to become South Carolina’s “anti-Graham,” Bright is coming out swinging – saying Mace will have difficulty winning the support of S.C. Gov. Nikki Haley and her followers due to her proximity to FITS, a leading critic of the “Republican” governor and her big-spending allies at the S.C. State House.

“There are a lot of folks that are loyal to the governor that will have a problem supporting her,” Bright told Largen, referring to Mace’s association with FITS.

“It’s just ironic to be criticized by someone who’s part of the conservative movement,” she told Largen. “I’m not going to reply in kind.”

Mace’s association with FITS was also the subject of a story in last week’s editions of The (Charleston, S.C.) City Paper – another left-leaning weekly alternative publication. That report delved deeply into FITS founding editor Will Folks’ 2007 affair with Haley – which many believe was part of an elaborate plot to help get her elected.

“A one-time spokesman for former Gov. Mark Sanford, Folks claimed that in 2007 he made out with Haley in her SUV after a drinking session,” the paper noted. “He also claimed that their “physical relationship” continued throughout the spring of that year. Haley denied the allegations, although her campaign chief Tom Pearson indicated in exchanges with Folks and others that the allegations, at least in some form, were possibly true.”

In addition to text messages and phone logs showing numerous late night calls between himself and the governor, Folks also signed a sworn affidavit attesting to the veracity of his claim (one which has since been submitted in at least one deposition).

Haley has refused to sign an affidavit, although she may soon get a chance to set the record straight. Not long ago, the governor was referenced as the “other woman” in a pending divorce trial in Richland County, S.C. And while we don’t expect her to be hauled into court (governors are usually exempted from that sort of thing) we do expect an effort to be made to depose her.

Additionally, Haley has also not only failed to sue over the allegations made against her – she’s refused an offer of free legal assistance from one of the most prestigious law firms in the state (an offer brokered by her own father-in-law).

Anyway, more than three years later there is still plenty of ill will emanating from the Haley camp toward FITS – and presumably toward Mace as well.

In 2013, Haley refused to support S.C. Sen. Larry Grooms (R-Berkeley) in his bid for the U.S. Congress because it was rumored Mace was providing him with campaign assistance (she wound up staying out of that race).

Haley is also accused of forcing U.S. Sen. Tim Scott to sever his professional association with Mace as one of the conditions of appointing him to fill the Senate seat vacated by Jim DeMint last December. Scott did so, concluding his business relationship with Mace in January of this year.

According to our moles at the S.C. State House, Mace and Haley reportedly met face-to-face in the governor’s office at some point in the spring of 2013 in an effort to resolve their differences – although it is unclear what came of that meeting. In fact at this point neither Mace nor Haley has publicly confirmed such a meeting even took place.

Once a darling of the S.C. Tea Party movement, the governor has seen her standing amongst fiscal conservatives plummet precipitously – although her support for rampant government growth and crony capitalist economic development deals have made her wildly popular with establishment Republicans (i.e. the sort of GOP voters who support Graham).