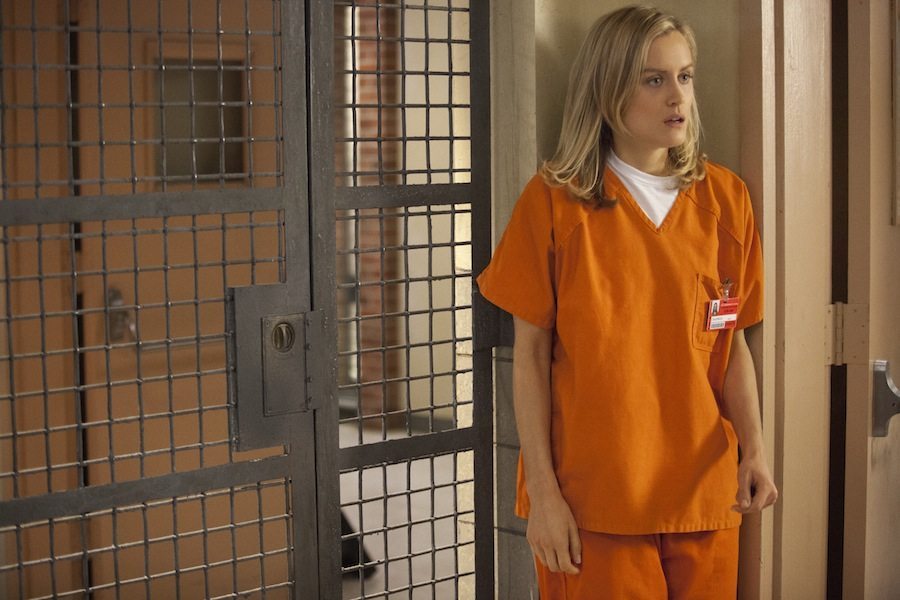 The original series House of Cards has been a coup for digital entertainment provider Netflix – landing the company millions of new subscribers. Is it worth the $100 million price tag? That remains to be seen – but early indications are positive.

On the heels of House of Cards success, earlier this month Netflix released another critically acclaimed series – Orange is the New Black.

Created by Jenji Kohan (of Weeds‘ fame), Orange is the New Black focuses on the plight of Piper Chapman (portrayed by Taylor Schilling), a well-to-do white girl from Connecticut who lands in a minimum security federal prison in New York after she’s busted smuggling drug money for her lover Alex Vause (portrayed by Laura Prepon).

Chapman and Vause’s prison relationship – and Chapman’s difficulty in sustaining her engagement to fiancee Larry Bloom (portrayed by Jason Biggs) – are the pillars of the show. But Orange is the New Black isn’t a love (triangle) story, it’s a jarring, at times haunting look at the sorry state of the America’s corrupt correctional system – probably the most urgent prison-themed drama we’ve seen since The Shawshank Redemption.

Is it realistic? Who knows … hopefully we’ll never have anything to compare it to. But like House of Cards, it is remarkably well-written, acted and produced. And thus thoroughly addictive.

Based on the real life experiences of memoirist Piper Kerman, Orange is the New Black was picked up for a second season by Netflix before its first season had even been released. That’s how good it is.

New seasons of both shows will debut on Netflix in 2014. If you haven’t already, we highly recommend signing up so you can watch them …

Simon Cowell Is A Great Friend

Sophie Turner Is “Back”