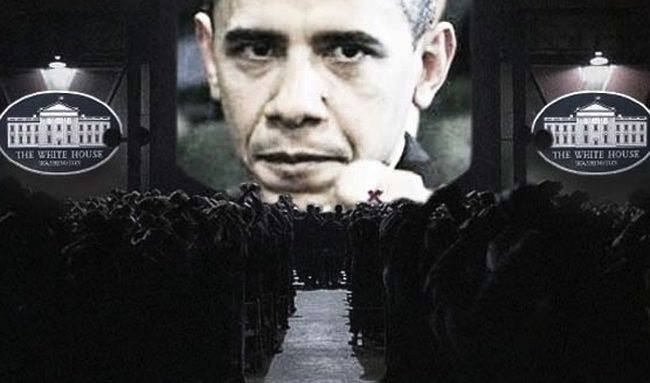 Most Americans are still okay with the recently revealed NSA spying programs, according to the latest polling data. From this week’s ABC News/Washington Post poll, as published by Mother Jones:

The public by 58-39 percent supports the NSA collecting “extensive records of phone calls, as well as internet data related to specific investigations, to try to identify possible  terrorist threats.” Support for the program is far higher among Democrats and liberals than among Republicans and strong conservatives, reversing Bush-era political divisions on issues of privacy vs. security.

That’s deeply disturbing. Democrats should be just as outraged by what the Obama administration is doing under the guise of the recently amended Foreign Intelligence Surveillance Act (FISA) as they were about what the Bush administration was doing under FISA and The Patriot Act. To be less outraged about this gross violation of our Fourth Amendment protections against unreasonable searches and seizures because they are being perpetrated by a Democratic administration instead of a Republican one is grossly hypocritical.

President Barack Obama’s version of a national security state is no better than President George W. Bush’s version. We have been lied to by both leaders, and those of us who voted for Obama in part because of his objection to Bush’s policies (as stated during his candidacy in 2007) should feel especially duped, myself included.

Violating civil liberties is not the way to enhance our security, Mr. President – you said so yourself. “No more spying on American citizens who are not suspected of a crime”- you called for that change six years ago. “That is not who we are as Americans, and it is not necessary to defeat the terrorists” – that’s what you argued as a candidate.

And as a liberal who believes very strongly in civil liberties, I voted for that hope and change. And look where it got me and the rest of America.

The renowned journalist Michael Hastings -who died yesterday in a car accident – penned his last piece on what he called the “Democratic two-facedness on civil liberties.” He discussed how Democrats were now having to face the reality that the very surveillance techniques they criticized during the last presidential administration were now being used by their president – on them.

This administration is employing the same domestic spying techniques – and more – that Democrats used as wedge issues to win congressional elections in 2006 and the presidency in 2008. And with very few exceptions, Democratic leaders are defending the administration’s actions.

Democrats, stop defending the indefensible just because your guy is running the show. He’s my guy, too, but I know when a promise made has not been kept. Just because a law is passed allowing this broad domestic surveillance to occur does not mean that the law is constitutional. The NSA has already admitted that its analysts are actually listening to your phone calls just because they want to, so what, exactly are you defending? The right to be eavesdropped upon without a warrant for no reason at all? Yes, that’s exactly what you’re defending.

Democrats, wake up. You have chosen not just security, but also a gross and meaningless invasion of your privacy over your civil liberties. If you don’t speak up, I’m afraid that you will get what you deserve – a further erosion of your liberties that may result in your inability to speak up at all.

The Conversion Of Elbert Guillory