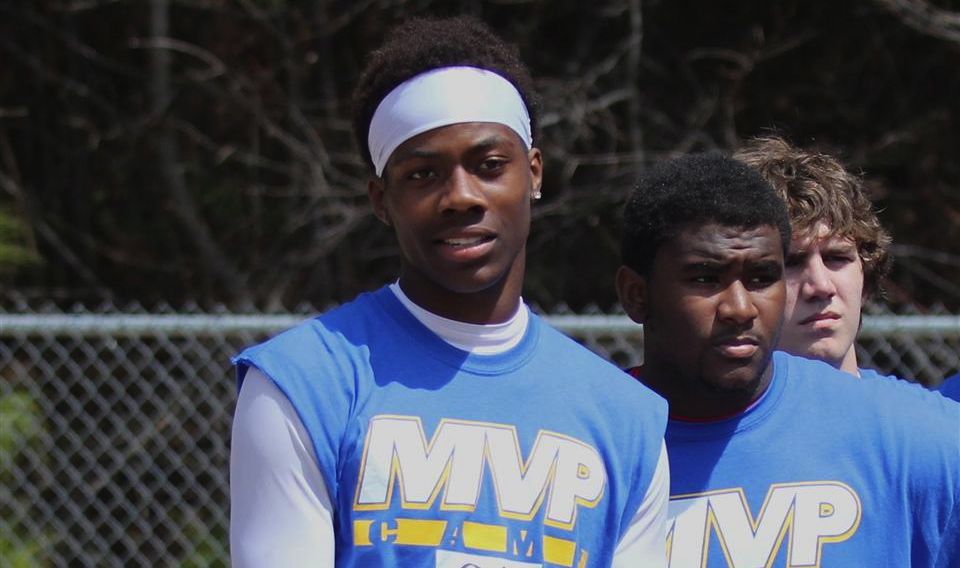 Arden Key still has two seasons of football left to play at Martin Luther King, Jr. High School in Lithonia, Georgia, but the 6-foot-5, 200-pound defensive end has already created a furor with comments made in the wake of his early verbal commitment to the University of South Carolina.

Key – who gave his non-binding commitment to the Gamecocks earlier this week – seemed to indicate one of his reasons for choosing USC was the school’s less-than-rigorous academic standards.

“The academic part, it’s like you have to try to fail,” the highly touted recruit told recruiting analyst Phil Kornblut.

Not surprisingly, Key’s comment instantly went viral – with the flagship institution for the dumb-as-dirt Palmetto State taking predictable flak. In fact we have no doubt Key’s comment will spark allegations that USC is coddling its football superstars in the classroom – giving the NCAA another reason to come to town and probe a program which has has been busted committing more than a few minor violations in recent years.

Yet what Kornblut  neglected to mention in his story was the context for Key’s quote – his visit last week to USC’s Dodie Anderson Academic Enrichment Center.

In other words the kid was saying the academic support network at South Carolina is solid – meaning it would take some serious effort on the part of a student-athlete not to pass academic muster.

What’s controversial about that, exactly?

Obviously it’s no secret student-athletes at major Division I-A (a.k.a. FBS schools) get all sorts of help when it comes to their studies. And it’s also no secret these student-athletes are taking classes like African-American studies as opposed to, say, Rocket Science 101.

All of this takes us back to our fundamental point: Arden Key isn’t going to be the walk-on backup deep snapper for some Division III liberal arts college, he’s going to be (or at least has the potential to be) a starting defensive lineman in the Southeastern Conference. And if he excels there, he could very well wind up playing football on Sundays in the National Football League.

None of that is to say Key should neglect his studies (and based on his comments it doesn’t sound like he’s going to do that), but this whole kerfuffle is yet another reminder that SEC football is first and foremost a multi-billion-dollar-a-year business, and pretending it’s something it isn’t just embarrasses everybody involved in the debate.