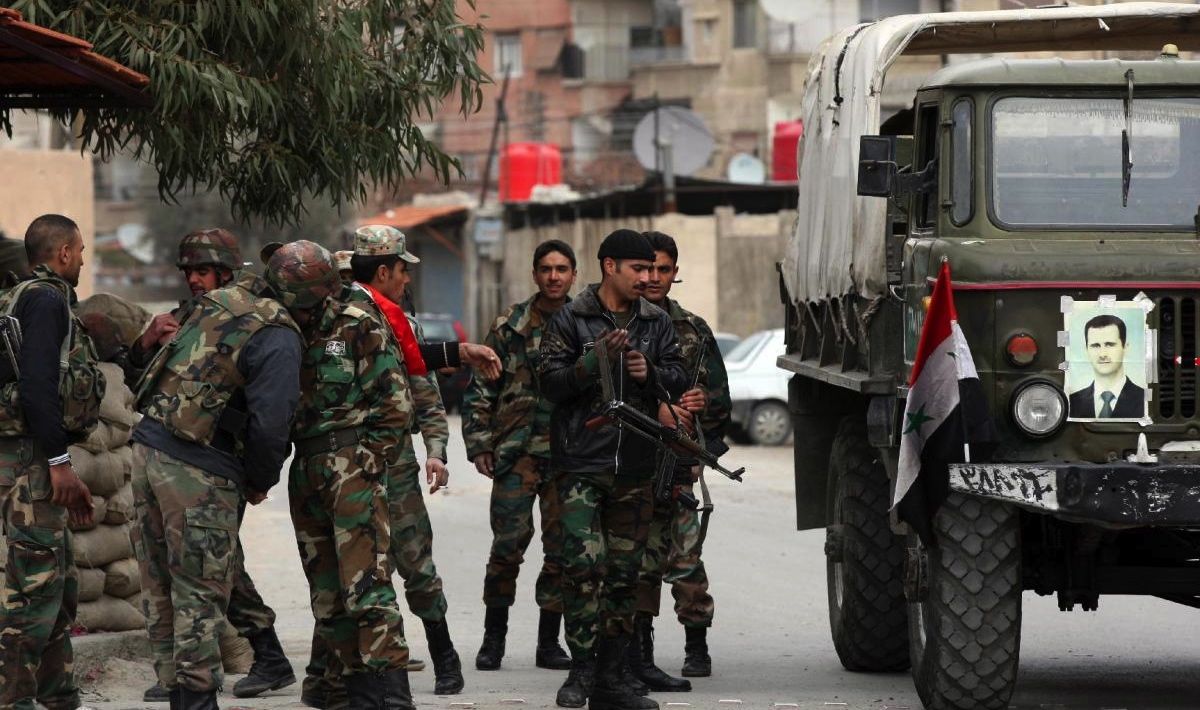 Sure it’s terrible, and sure we wish it weren’t happening … but at the end of the day it is Syria’s problem, not ours.

And while so-called “veterans” like U.S. Sen. Lindsey Graham (RINO-S.C.) want to put American “boots on the ground” in Syria, we don’t see a compelling national interest justifying such an engagement. Hell, we don’t think America should be doing anything in Syria – including the expanded military aid offered this week by the administration of U.S. President Barack Obama.

Nonetheless Obama – eager to deflect attention from a rash of recent scandals at home – is arming Syrian rebels in response to unconfirmed reports of chemical weapons being used  by the government of President Bashar al-Assad. Obama is also reportedly contemplating another open-ended commitment – the establishment of a U.S.-enforced “no-fly zone” in Syria that would involve the destruction of the country’s Russian-built air defense network.

We have news for warmongers like Graham and Obama … this country cannot afford such open-ended commitments, in lives or in tax dollars.

Our government has lost nearly 7,000 lives and spent more than $1.4 trillion over the past decade on a pair of totally unjustified, ineffective wars … conflicts that were waged with no clearly defined mission, no exit strategy and again, no compelling national interest. Oh, and one of these conflicts – the Iraq War – was based on faulty intelligence to boot.

“I will say frankly that what was presented to us by the Americans does not look convincing,” Russia’s top diplomat said this week. “It would be hard even to call them facts.”

Frankly we don’t care who is right or who is wrong on that count: Even if Syria’s government is using chemical weapons against the rebel forces (which are also receiving support from terror network al-Qaeda), it is not the place of the American military to get involved in the conflict.

Our money, our weapons and our troops need to stay out of Syria … period. Not only are we unable to afford the immediate costs, we cannot afford more of the violent backlash associated with our unwarranted intrusion into the domestic affairs of other countries.