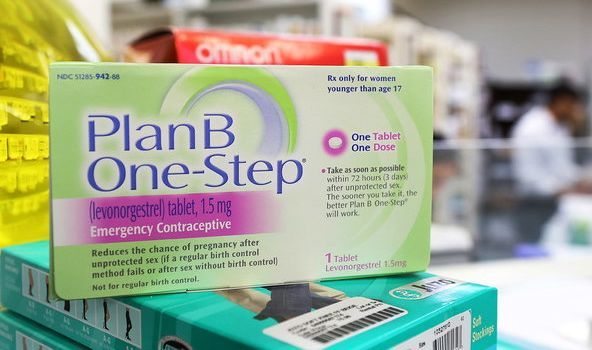 On April 4, 2013, federal Judge Edward Korman of the Eastern District of New York handed down a decision declaring that emergency contraception, better known as the “morning-after pill” or “Plan-B,” must be made available to people of all ages without a prescription.

He then gave the administration of U.S. President Barack Obama thirty days to comply with his decision.

Prior to the judge’s ruling girls sixteen and younger had to have a prescription to buy the morning-after pill, which helps prevent pregnancy after sexual intercourse. In his ruling, Korman called the Obama administration’s 2011 decision to prevent Plan-B from becoming more widely available “arbitrary, capricious and unreasonable.” After all, the U.S. Food and Drug Administration (FDA)’s own studies found that Plan-B was safe and effective and should be made more widely available as a means of emergency contraception. Yet despite those findings, in 2011 Obama’s Health and Human Services Secretary, Kathleen Sebelius, ruled that the pill would be available without a prescription only to those aged seventeen and over, and it would be kept behind the counter in pharmacies, with identification and proof of age required to purchase it.

This was the first time that the FDA – a regulatory arm of the administration – was publicly overruled by a cabinet secretary.

Yesterday, just a few days short of the court’s deadline, the FDA announced its decision to make “Plan B-One Step,” a particular formulation of the drug sold by Teva Pharmaceutical Industries Ltd., available without a prescription to those fifteen years and older who show proof of age. In an effort to enforce the minimum age limit, the F.D.A. also said that Plan B One-Step will be packaged with a product code that prompts the cashier to verify a customer’s age.

The decision applies only to Plan B-One Step, a one dose formulation of the morning-after pill, not the two-dose formulation. This decision lowers the current age restriction on the emergency contraceptive by two years. Additionally, the FDA held that the medicine must be made available on shelves next to other family planning products such as condoms or feminine hygiene products, at thus be available not only in pharmacies, but also in retail stores that have pharmacies on site, even if the pharmacy is closed at the time of purchase.

In announcing the decision, FDA Commissioner Margaret A. Hamburg, M.D. stated in an agency news release that, “research has shown that access to emergency contraceptive products has the potential to further decrease the rate of unintended pregnancies in the United States. The data reviewed by the agency demonstrated that women 15 years of age and older were able to understand how Plan B One-Step works, how to use it properly, and that it does not prevent the transmission of a sexually transmitted disease.”

Additionally, the release cautions that, “because the product will not protect a woman from HIV or AIDS or other sexually-transmitted diseases, it is important that young women who are sexually active remember to see a health care provider for routine checkups. The health care provider should counsel the patient about, and if necessary test her for, sexually-transmitted diseases, discuss effective methods of routine birth control, and answer any other questions the patient may have.”

This new ruling challenges Judge Korman’s decision because it sets a minimum age limit on purchasers. It also challenges the Secretary Sebelius’ decision that the medication should only be available without a prescription to those 17 and older, but after the agency published its decision Tuesday, the New York Times reported that a Health and Human Services Department official said that Ms. Sebelius was comfortable with the FDA’s decision.

This battle is far from over, however. The Center for Reproductive Rights, which filed the lawsuit against Sebelius and the FDA that led to Judge Korman’s ruling in April, is not satisfied with the FDA’s decision.

“The FDA is under a federal court order that makes it crystal clear that emergency contraception must be made available over the counter, without restriction to women of all ages by next Monday,” said Nancy Northup, president and CEO of the center. “Lowering the age restriction to 15 for over-the-counter access to Plan B One-Step may reduce delays for some young women – but it does nothing to address the significant  barriers that far too many women of all ages will still find if they arrive at the drugstore without identification or after the pharmacy gates have been closed for the night or weekend.”

“These are daunting and sometimes insurmountable hoops women are forced to jump through in time-sensitive circumstances, and we will continue our battle in court to remove  these arbitrary restrictions on emergency contraception for all women,” she added.

And anti-abortion forces continue to raise questions about the way Plan-B One Step works, calling it a possible abortifacient, despite the fact that the scientific consensus is that the morning-after pill is a contraceptive that prevents pregnancy by interfering with ovulation (which occurs prior to fertilization), not with implantation of a fertilized egg, and will not disrupt an established pregnancy.

Additionally, Dr. Mary Davenport, recent president of the American Association of Pro-Life Obstetricians and Gynecologists, said that her group’s opposition to Plan B is rooted in concerns about casual sexual activity, teen pregnancy and single motherhood.

“Fear of pregnancy is a deterrent to sexual activity,” Dr. Davenport said. “When you introduce something like this, it changes people’s behaviors, and they have more risky sex. Teens will be counting on this morning-after pill to bail them out, and they’ll have more casual encounters.”

The debate over whether easier access to oral contraceptives such as the birth control pill and Plan B-One Step will increase sexual activity in young people and increase the number of cases of sexually transmitted diseases rages on. I believe that over-the-counter medications such as these will reduce the number of unintended pregnancies, and thus, abortions. The American Congress of Obstetricians and Gynecologists – the medical experts in the field of women’s health – is in agreement with me on over-the-counter access to birth control pills. The ACOG has not yet issued at statement on the latest F.D.A. ruling, but it has found that emergency contraception methods are generally safe and effective.

Those who believe that easier access to contraception will lead to an increase in teen sex are closing their eyes to the reality that teens are already having sex. If we have a tool that can help prevent unintended pregnancies – and by extension, abortions – we should use it. Because oral contraceptives such as the birth control pill and Plan B-One Step prevent pregnancy but not sexually transmitted diseases, the safest course for teens and women to choose is an oral contraceptive and a barrier method to prevent both pregnancy and disease transmission. The approval of Plan B-One Step for over-the-counter sale is a step in the right direction of positive, scientifically-informed reproductive health practices.

UPDATE: The Obama administration has decided to challenge the original court ruling that would make Plan B available to all women over the counter regardless of their age.